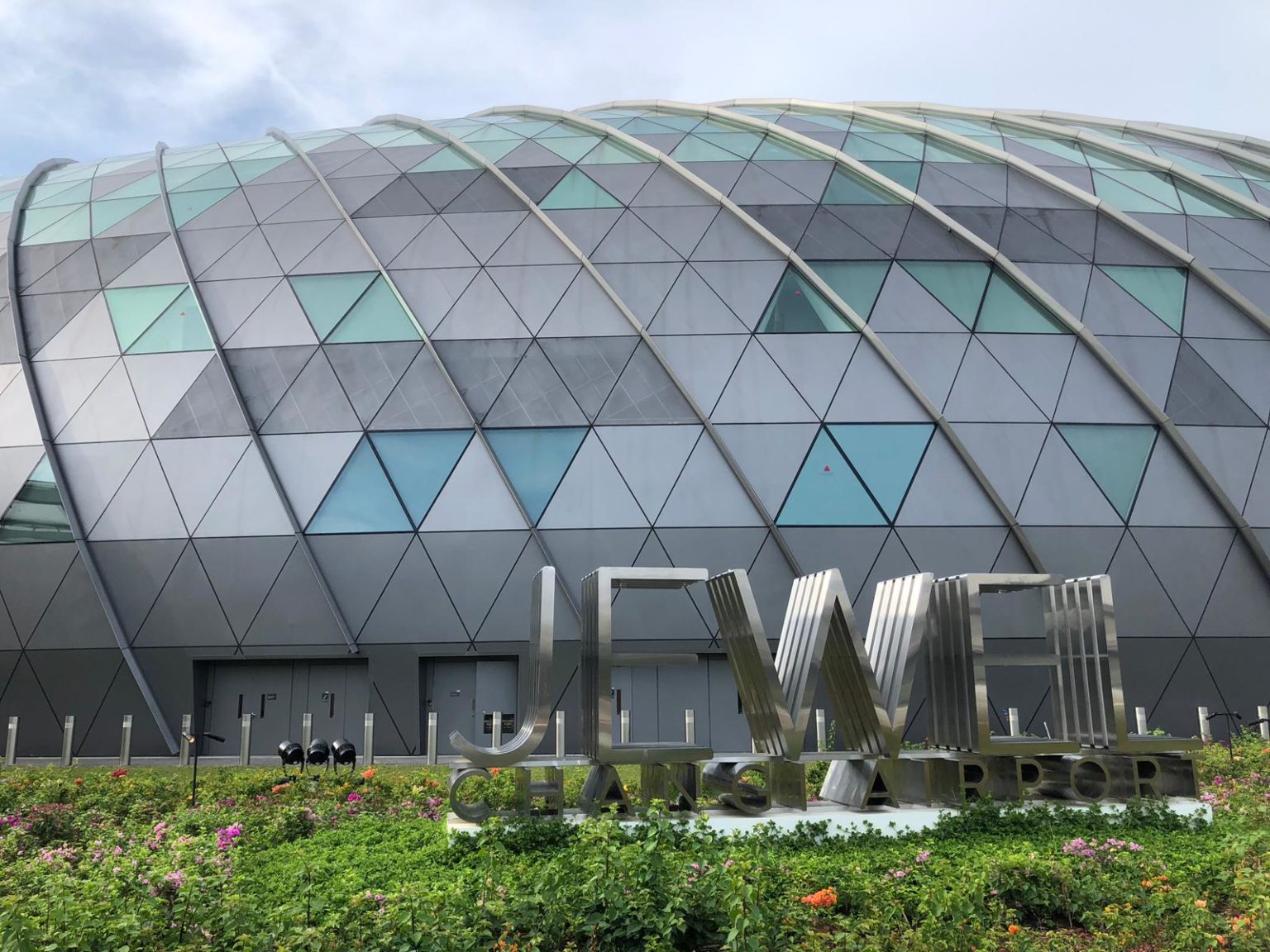 In 2007, a vehicle laden with explosives was driven at speed into the façade of the departure terminal at Glasgow Airport, with the intention of causing mass casualties. Fortunately, security bollards outside the entrance stopped the car from entering the terminal, preventing any fatalities other than the driver himself.

While the outcome of this particular incident could have been far more severe, it highlighted the grave importance of ensuring airports – along with all other critical national infrastructure – are effectively protected against hostile vehicle attacks and the ever-evolving threat of terrorism. In response, increasingly sophisticated security measures are now being implemented at airports around the world.

The Jewel in Changi’s crown

In 2016, ATG Access was appointed to design and install the hostile vehicle mitigation at Changi Airport’s astonishing new Jewel complex in Singapore. Jewel is a 1.46 million sq. ft. mixed-use development interconnecting Terminals 1, 2 and 3 at Changi Airport. Opened in April 2019, it is a unique combination of traditional mall and urban park, intended to draw local residents and visitors from around the world alike.

The iconic structure spans ten storeys – five above ground and five below – and is home to an array of attractions including the HSBC Rain Vortex, the world’s largest indoor waterfall at 40m tall; the Shiseido Forest Valley, an indoor garden spanning five storeys; and the Canopy Park at the topmost level, featuring gardens and leisure facilities.

With more than 66 million passengers travelling through the airport each year and the Jewel itself costing $1.25 billion to build, perimeter security solutions of the highest quality were required.

While the terror threat to Singapore remains high, according to its Ministry of Home Affairs, the government takes security very seriously and has put in place extensive measures to combat terrorism. Its commitment to security is evident at the existing four Changi Airport terminals, where the safety of airport visitors has been made a priority over the past eight years. This conscientious approach to passenger safety is one of the many reasons Changi Airport has been rated the best in the world for seven consecutive years by Skytrax in its annual World Airport Awards.

Already one of the largest transportation hubs in Southeast Asia, the newly opened Jewel is expected to increase Terminal 1’s handling capacity from 21 to 24 million passengers a year. Having worked on Hamad International Airport, Doha and Jubail Industrial City, KSA, ATG Access already had extensive experience of working on international projects of this scale and so was well-positioned to meet Jewel Changi Airport’s unique security specifications.

One of the main challenges when upgrading any airport’s existing perimeter security is the potential disruption to a site that is operational 24/7. Any new security solutions must be installed quickly and discretely, causing minimum interference to usual activity, yet without compromising on effectiveness.

With this in mind, at Jewel Changi Airport, ATG Access utilised its reputable shallow mount technology, which delivers maximum security with minimum disruption. In areas where traditional bollards are not appropriate due to their deep foundations, or where they are planned but cannot be fitted straight away, shallow mount bollards are the perfect alternative.

They do not require any arduous rebar or foundation preparation prior to installation and are fixed to steel plates which can be connected off-site and then simply lowered into place. This saves valuable time, minimises disturbance and provides a more environmentally friendly option compared with traditional bollards. A row of around 36 shallow foundation bollards (around 50 meters of perimeter protection) can be deployed within an overnight installation.

Removable bollards are generally offered as an engineered solution, the performance being derived from either an impact-tested shallow mount fixed bollard, or a traditional depth bollard solution. As a result, this technology had not yet been tested as a stand-alone solution in the field.

Most projects require just a small number of removable security bollards to allow for very occasional access. However, Jewel Changi Airport required an unusually large number of removable bollards, meaning the product needed to carry its own impact certification in order to guarantee how well the solution would perform if an attack was to occur.

To meet the client specification, ATG worked with its local partner in Singapore to test and certify its removable product which was to be deployed at Jewel Changi Airport. The certification was conducted in the UK under an independent research and testing facility. ATG’s Shallow Mount Removable Bollard is now one of the first impact-tested removable bollards in the industry. This willingness to develop and test on behalf of a client showcased ATG’s engineering capabilities and was part of the scope to win the project.

With large-scale, architecturally striking projects such as Jewel, the aesthetic appearance of any physical security product is a key concern. They should blend into the wider landscape as much as possible, in order to avoid creating an off-putting fortress mentality. Particularly when it comes to high-profile tourist attractions, the addition of an unsightly security solution is an unwelcome prospect.

Thanks to advances in technology, there is no longer the need to compromise between appearance and effectiveness when it comes to physical security products. Solutions can be tailored to a wide variety of specifications, using bespoke sleeves to complement their surroundings. At Jewel Changi Airport, ATG’s products were finished with sleek stainless steel sleeves to suit the futuristic look of the development.

With such robust security measures in place, the Singapore Government can feel confident welcoming millions of visitors each year to its newest, arguably most impressive attraction.