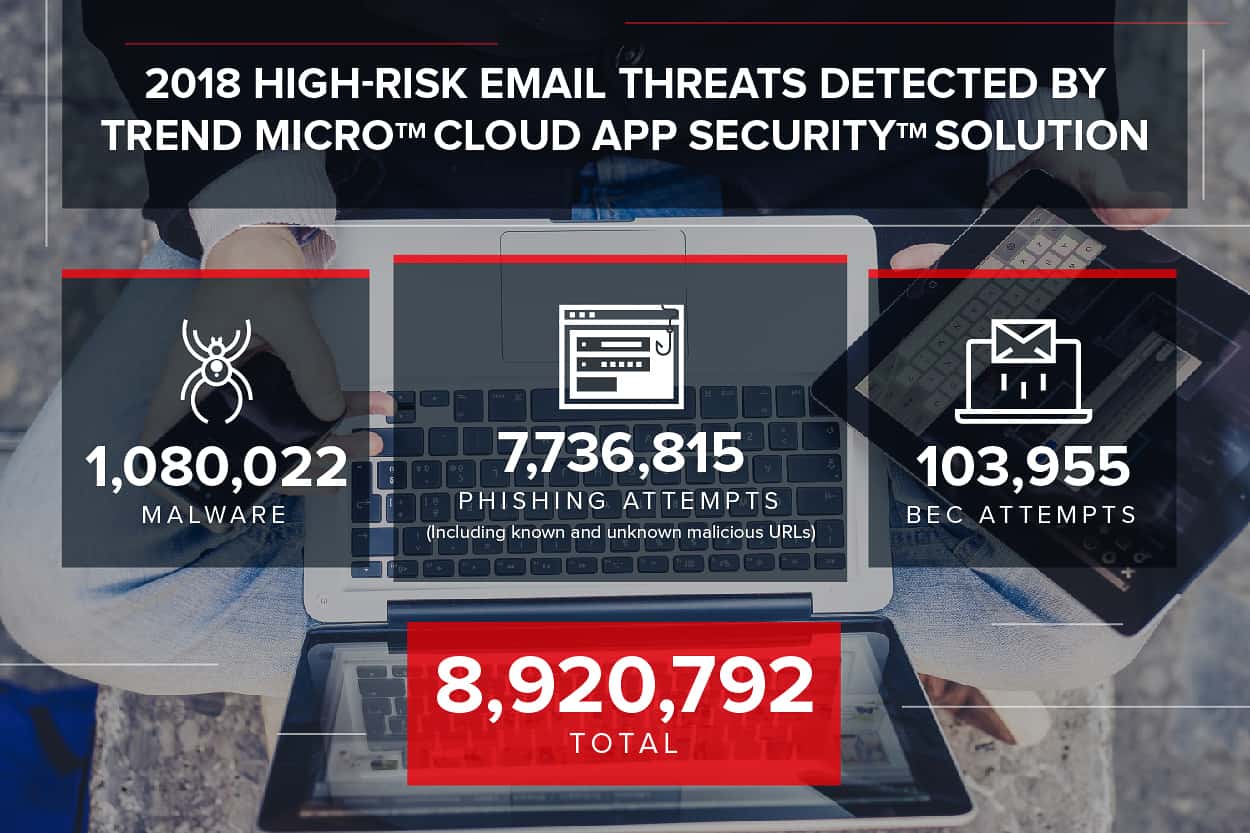 Trend Micro Incorporated, a global provider of cybersecurity solutions, has announced that its Cloud App Security tool blocked nearly nine million high-risk email threats in 2018 as attackers continued to evolve their tactics, highlighting the importance of investing in multi-layered protection for online platforms like Office 365.

The findings from Trend Micro’s Cloud App Security report detail how escalating email threat levels are exposing organisations to an increased risk of fraud, spying, information theft and spoofing. As email remains a staple communication and collaboration tool globally, it is convenient for cybercriminals to leverage this integral, trusted platform for compromising attacks.

“Organisations are increasingly looking to cloud email services to boost productivity and agility, but the Cloud App Security report reveals that—from credential phishing to business email compromise (BEC) and the use of unusual file types—hackers are employing a variety of new tactics to evade built-in controls, making it critical to invest in a second layer of defence,” said Kevin Simzer, Chief Operating Officer at Trend Micro.

As the report reveals, email remains one of the most popular threat vectors. In total, the solution detected and blocked nearly nine million high-risk email threats in 2018. This number was even after Cloud App Security was used as a second filter for emails that passed through Office 365. A Trend Micro customers’ detection result is available in the report.

This underscores that sophisticated, multi-layered security is imperative for cloud-based email security as part of the shared responsibility model.

Simzer continued, “Microsoft is a valued partner of ours and by no means the only provider targeted by these evolving tactics. While its internal controls are a great starting point, organisations must take shared responsibility for security in the cloud. Think of third-party email protection as the tyres of your favourite car — an essential add-on.”

To improve the tool’s detection rates even further, Trend Micro has added new capabilities that combine Computer Vision and Artificial Intelligence technology to “see” fake websites. This additional technique is applied to suspected phishing emails after filtering based on sender, content and URL reputation.