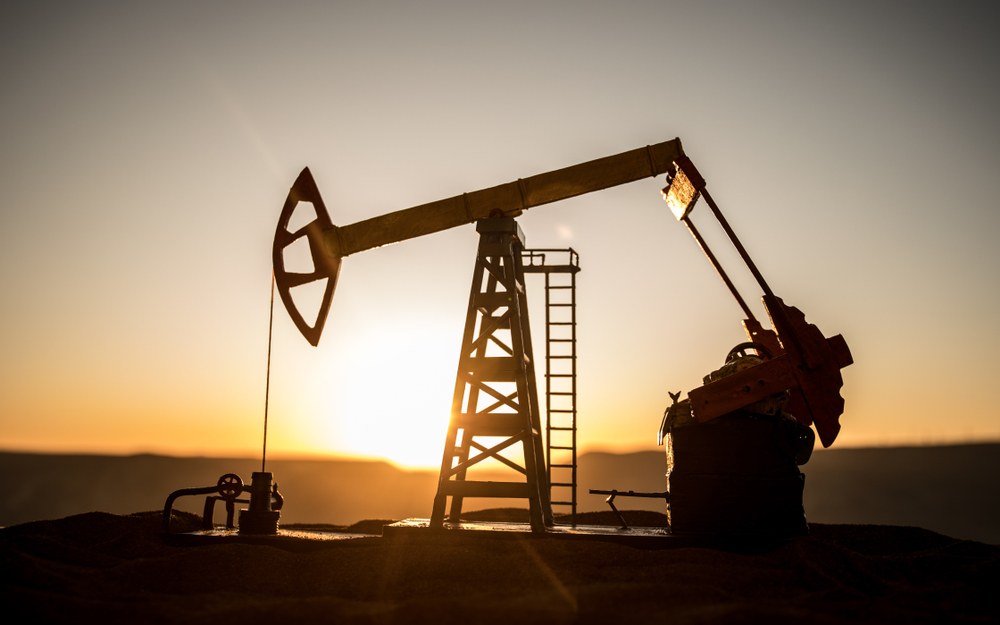 International oil prices have bounced back from COVID-19 pandemic-induced lows of under US$20 per barrel in late April to over US$42 per barrel on 5 June, pulling major oil exporting countries back from the brink of imminent doom and starting talk of a modest recovery of US shale production. An extension to the OPEC+ agreement between OPEC states and other producers led by Russia on 6 June looks to further accelerate the rebalancing of supply and demand in oil markets. But slow demand recovery in Europe and South Asia, as well as the vast backlog of oil – in tank farms held by major oil consumers such as India and China and in flotillas of tankers at sea – will keep a lid on further big rises in oil prices this year.

For the most vulnerable oil exporting countries, US$40-50 oil price will not generate sufficient revenues to overcome the severe economic impact of the pandemic and will continue to destabilise their political and security environments. This article looks at some of the potential outcomes facing these states.

According to the International Energy Agency’s May Oil Market Report, global oil demand is expected to fall by a record 8.6m barrels per day (bpd) year-on-year in 2020, though a gradual recovery in demand is forecast in the second half of the year.

Uncertainty over the pace of economic recovery from the current COVID-19-related disruption make it likely that oil prices will remain below 2019 levels for several years.

We assess that Iraq, Libya, Venezuela, Nigeria, South Sudan, Angola, Ecuador, Algeria, Iran, Chad, Colombia, Oman and Mexico are among the countries that are most vulnerable to increased economic, political and security risks. These countries are highly dependent on oil export revenues for financing national budgets, have low currency reserves, rely heavily on oil rents and have poorly diversified economies. They also have a recent history of social tensions or political instability, existing security vulnerabilities including militancy and crime, and/or external geopolitical pressures, such as sanctions.

For all of these countries, the significant and sustained fall in oil export revenues is set to compound the already severe economic impact of the COVID-19 pandemic. The number of COVID-19 cases has been increasing in all of these states: Iraq’s pandemic is straining the fragile health system and a second wave of infections – higher than the first – is under way in Iran. Mexico, Ecuador and Colombia have registered high case rates.

The squeeze on public finances as a result of severely reduced oil revenues will constrain the capacity of these governments to manage the health crisis and to support businesses and individuals who are affected by COVID-related disruption. It will increase unemployment, accelerate capital outflows and currency devaluation and diminish real incomes. Rising social unrest and crime are likely to be the immediate negative outcomes for these states. Looking ahead, a sustained shortage of oil revenues and dwindling reserves could help to trigger political instability, aggravate past conflicts and produce a more sustained threat of popular discontent.

Currency devaluations, rising inflation and a reduction in public spending as a result of lower oil revenues are already reducing the real incomes of many vulnerable groups. Falling real incomes and pandemic-related economic dislocation will result in more instances of social unrest after COVID-19-related restrictions are lifted. Oman is facing severe obstacles to further international borrowing and its new sultan is implementing austerity on a population used to largesse. Nigeria with its currency pegged to the US dollar, is facing devaluation and falling living standards for a large section of the population.

Furthermore, states reliant on imports for a large proportion of their food needs will see greater food insecurity as exporting nations and richer states hoard supplies, increasing the threat of protests over food availability and cost. Social contracts underpinned by guarantees of employment and profligate subsidies will come under pressure, particularly in countries like Iraq, Algeria and Oman, where political transitions have taken place recently. In Ecuador, declining oil revenues threaten the return of large-scale protests if the government is forced to embark on austerity measures and abolish fuel subsidies.

Informal economic activity in vulnerable states is believed to account for between half and two-thirds of all non-oil economic activity. Workers in the informal economy will be less able or unable to receive government support, even where vulnerable states have some resources to do so. These workers are likely to become major vectors of social unrest as curfews are lifted or break down under protest action and will augment pre-pandemic anti-government movements.

Large anti-government protest movements in Iraq and Algeria have been temporarily quietened by curfews, but they are likely to resume with greater intensity as the underlying complaints have not been addressed.

The severity of the oil demand collapse is threatening weaker oil exporters with large production shut-ins – whether mandated by the OPEC+ agreement or the market – that will put at risk oil sector jobs, risking unrest from highly coordinated labour unions and other social groups near oil fields that rely on supporting oil operations and government-mandated jobs at oil fields. Governments in Angola, Algeria, Sudan and Iraq are among those likely to resort to repressive measures against vulnerable populations, particularly if protests threaten oil infrastructure.

While crime rates are currently subdued in countries with significant pandemic counter-measures in place, crime levels are likely to rise once restrictions are lifted. Looting and hunger-related riots have already increased in Venezuela where there are high levels of food insecurity. Opportunistic crimes may become more violent and include mugging or carjackings, while a lifting of lockdowns is likely to lead to an increase in residential robberies. Organised criminal groups will seek new opportunities as fuel and drug smuggling businesses are challenged. There may be a rise in crime threats against foreign nationals, who are likely to already face a greater threat from opportunistic crime because of perceived relative wealth.

The pandemic in its early stages has temporarily stabilised the political situation in many countries, as citizens rally in support of their governments’ efforts to contain the spread of the virus. However, this public support is likely to diminish rapidly if governments fail to provide a robust financial safety net to mitigate the high economic cost of the crisis for their citizens. Governments in Mexico, Nigeria and Iran are already facing falling approval ratings as their economies deteriorate. Mexico’s President Andrés Manuel López Obrador is facing calls from the opposition for an early confidence vote. And the situation could have an impact during forthcoming elections in Chad (December) and Ecuador (2021).

Financial assistance for the population will be particularly important for oil-reliant economies that are prone to higher rates of inequality and clientelism around the distribution of oil rents. However, with diminished revenues, governments with low currency reserves will struggle to finance large-scale economic assistance programmes. Chad, Ecuador, South Sudan, Iraq, Libya and Venezuela are likely to quickly run down their limited reserves and find themselves in acute financial difficulty, prompting a likely sharp decline in public support for such governments. As above, this is likely to see more sustained anti-government protest action.

In some cases, governments will be unable to maintain their existing public spending obligations. If Iraq, for example, can’t tap international markets for new debt or cut spending, it will by mid-2021 reach a point of “internal default”whereby foreign currency reserves no longer cover core government expenses, such as salaries. In Nigeria government is cutting salaries to some officials.

In some countries the oil price slump is likely to complicate or even reverse recent reforms aimed at economic diversification. In Angola, the government is likely to find it difficult to continue reform momentum if its economy goes back into recession, which continued since the last oil price slump in 2014-2016. In Colombia, recent progress in economic diversification is likely to be stalled if the private sector is badly affected by both the pandemic and the drop in commodity prices. Investment budgets are being slashed.

The oil price shock is also likely to elevate geopolitical risks. The US continues to maintain stringent sanctions on oil exports from Iran and Venezuela, at the cost of some international criticism, hoping that the price collapse finally destabilises the government of Nicolas Maduro. In 2020, the IMF expects Venezuela GDP to fall another 15% as Venezuela’s oil exports collapsed from 3.5m barrels per day (bpd) in 1998 when Hugo Chavez came to power to under 452,000 bpd in May, the lowest since 2003.

With domestic and international political pressures mounting, countries with existing security concerns, such as terrorism or conflict, are likely to face a rise in these threats. In a conflict or post-conflict environment, militant groups will seek to exploit security gaps and disorder.

In South Sudan, a decline in oil revenues is likely to jeopardise expected economic stabilisation and undermine tenuous political reconciliation between parties to the conflict. Financial difficulties will create a convenient excuse for Colombian government to further delay the implementation of the peace plan with former guerrillas. Armed groups, including splinters from the Revolutionary Armed Forces of Colombia, will take advantage of the crisis to continue their recent efforts to gain more presence in various areas of the country.

Where conflict is already under way, an escalation in fighting is likely. In Libya, the oil price shock has coincided with a recent escalation. Recent heavy losses by Libya’s eastern forces under the command of Khalifa Haftar and the strengthening of the UN-backed government in Tripoli could open a new window of opportunity to restore Libya’s embattled oil sector. However, the low oil price environment, combined with OPEC+ cuts, could complicate economic recovery even if a sustainable ceasefire is agreed in the coming weeks.

In Iraq threats will come from non-state actors – including Islamic State (IS) and paramilitary groups – and from state actors such as Iran as they seek to generate instability outside their borders, such as conflicts with the US in Iraq and raising security tensions in the Strait of Hormuz – to revive resistance narratives to a doubtful population.