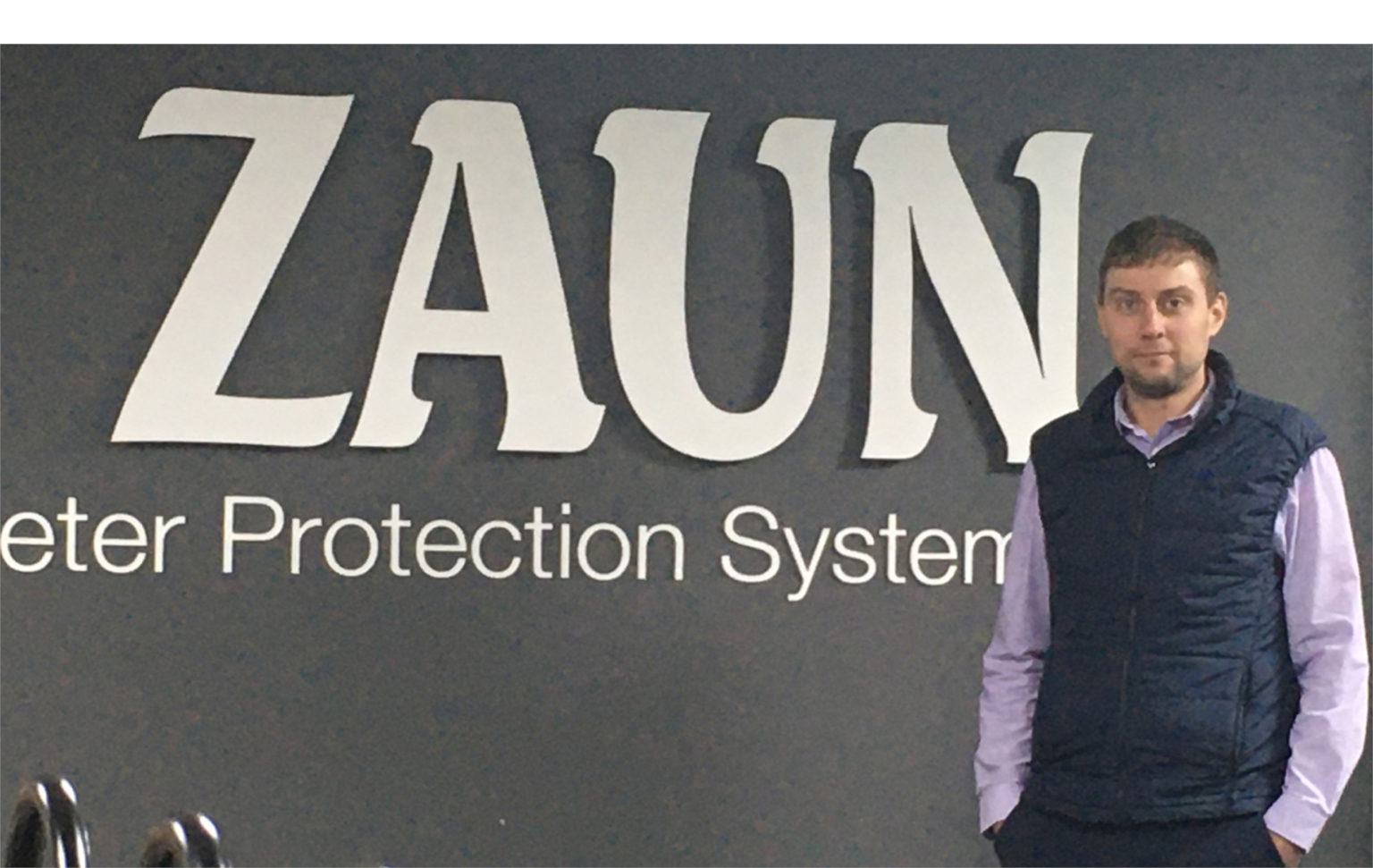 An experienced steel fencing industry salesman has returned to Zaun, his first proper employer – to take on the same role his dad held for many years.

Zaun has appointed Andy Holloway as Internal Sales Manager. The mesh fencing manufacturer previously employed his dad Paul for ten years until his untimely death from a hospital-borne infection in October 2012.

In tribute, Zaun named its second factory in Wolverhampton, the Paul Holloway Manufacturing Facility and also called one of its vertical railings products, the Holloway Railings.

Andy first worked for Zaun 15 years ago for two and a half years before spending the past dozen at competitor, IAE in Stoke.

He said: “It’s great to return to Zaun for this opportunity. My goal is to get Zaun as renowned for and synonymous with standard mesh and railing systems as it is for high security fencing.

“So, we have big plans for ensuring more products are available straight from stock and for being competitive on price across our entire range.”

Andy is just one of four recent new starters to beef up the Zaun sales function alongside Sales Estimators, Tom Bennett and father and son, Dave and Tommy Calvin together with Design and Production Engineer, Shane Rowton.

Zaun Sales and Marketing Director, Chris Plimley says: “These appointments put the Zaun sales team on a stronger footing than ever. Additionally, we will be joined in January by a new External Business Development Manager.

“These changes to the sales team are key to driving forward our plans for continued growth coupled with ever improved customer service.”