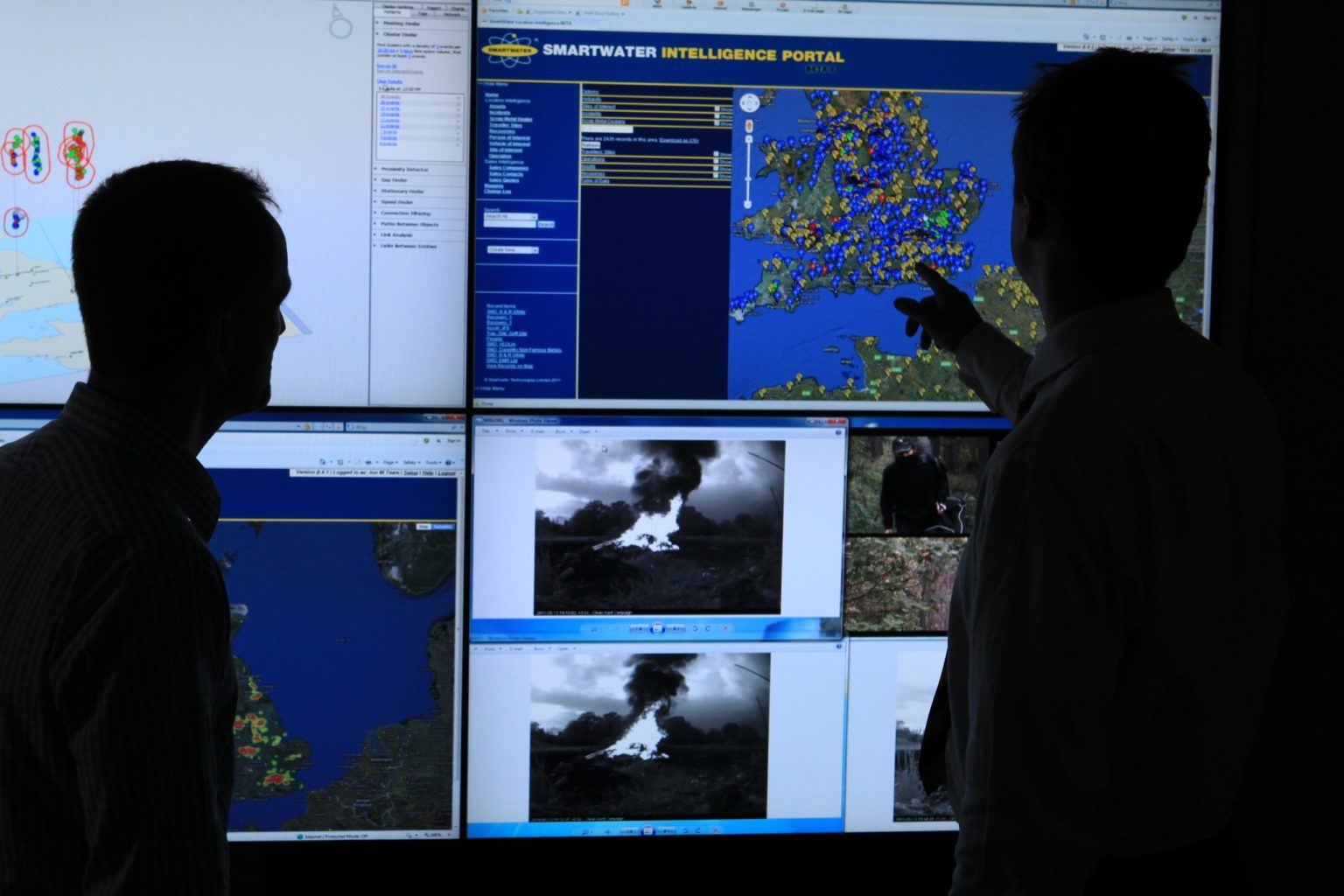 The SmartWater Group, one of the UK’s fastest growing risk management companies, has launched its Intelligence Portal in Shropshire to help track Organised Criminal Gangs (OCGs) as they move across the UK, stealing valuable assets from infrastructure and construction sites.

Costing over £2m, the Centre for Infrastructure and Asset Protection (CIAP) has unique access to privileged closed source data provided by both police and their clients, enabling highly trained analysts to track the movement of the gangs across the UK.

The benefit for clients, such as the Solar Trade Association, The Survey Association, Ecclesiastical Insurance Group and many others, are that, as the criminal gang travels into a new region, CIAP analysts send ‘early warning’ security alerts to enable rapid deployment of target-hardening measures to protect key assets.

According to the National Crime Agency, serious and organised crime (SOC), which includes attacks on infrastructure sites, now affects the UK more than any other national security threat. It is estimated to cost the UK economy at least £37 billion a year, with figures increasing year on year.

SmartWater’s Intelligence Portal has already assisted the police in securing the conviction of hundreds of criminals for serious offences against national critical infrastructure. One case involved the tracking of a criminal gang across the Midlands region as they stole hundreds of thousands of pounds of solar panels. Working in partnership with the police, a trap was set using a combination of SmartWater forensics and mobile CCTV, resulting in the arrest and conviction of the gang for theft.

Says Gary Higgins, SmartWater Technology’s COO and Head of CIAP: “With its privileged access to closed source data, CIAP provides a unique service for its many clients, further enhancing the SmartWater Group’s reputation as innovators in risk management.”