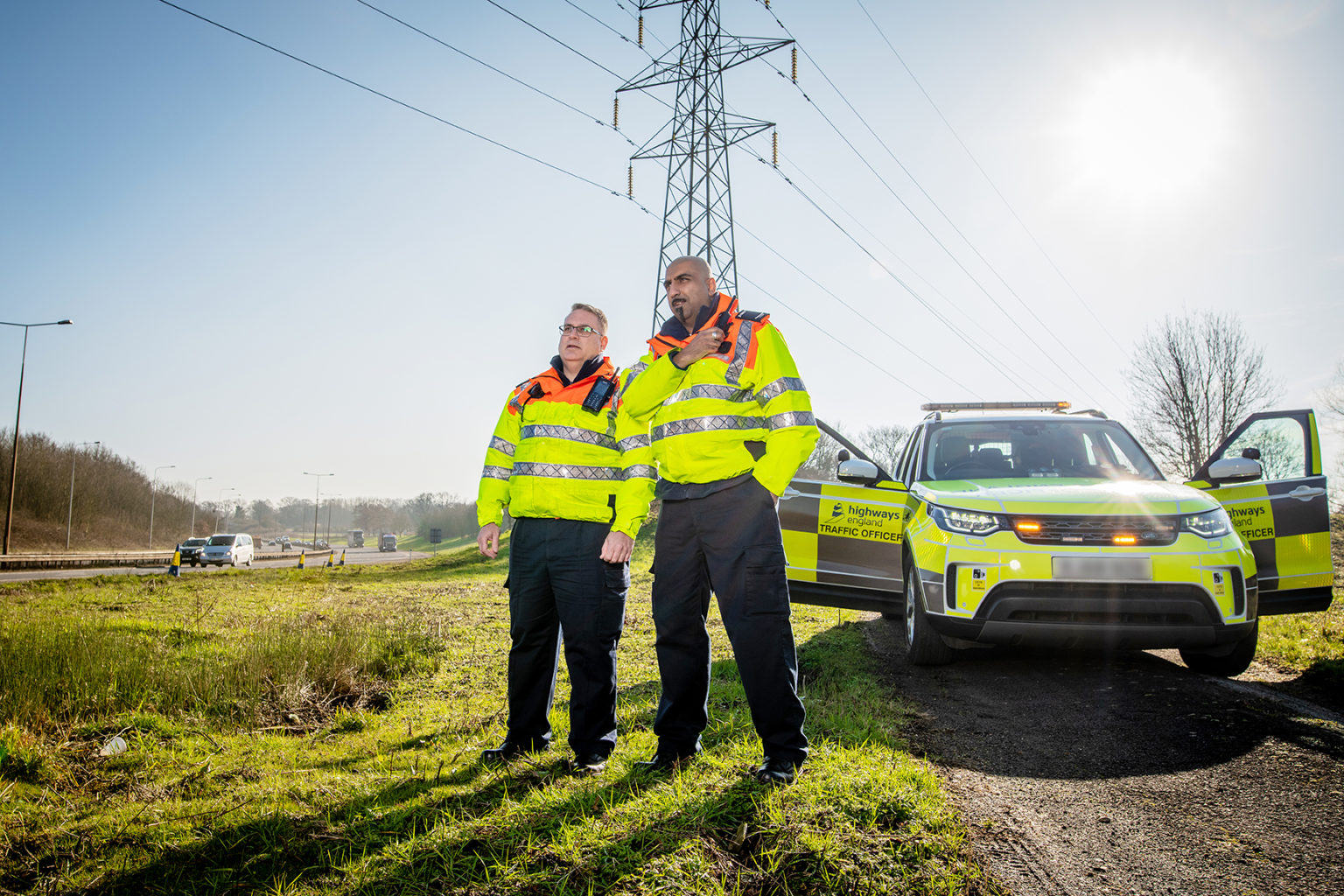 Highways England is the government company charged with operating, maintaining and improving England’s motorways and major A roads. In total they manage over 4,300 miles of road, carrying a third of all traffic by mileage and two thirds of all heavy goods traffic.

Traffic Officers have a responsibility to help the company keep major roads free-flowing, safe and serviceable. Their ability to communicate with other patrols and back to one of the seven control rooms, using the UK’s nationwide Airwave network, is therefore crucial to their operations across the country.

The organisation’s traffic officers have been long time Sepura users and took the opportunity to upgrade to the new SC20 devices to take advantage of the loud, clear audio, essential in the noisy roadside environments that officers often work in.

The rugged radio is well-equipped to deal with the challenges of daily operations; the SC20’s IP68 environmental protection ensures that the radio remains operational in wet, dirty or dusty conditions. Meanwhile the tough, large screen remains visible in all weather conditions, enabling the user to always be aware of critical messages or information being displayed.

In total over 700 SC20 radios have been purchased to support operations. Andy Gregory, Business Development Director for Sepura said: “It is a pleasure to further our working relationship with Highways England. As long time Sepura users, they are aware that the company prides itself on product quality and customer service. The SC20, with its rugged design and clear audio, coupled with its ability to run intelligent applications, will ensure that Highways England’s officers will be well protected and always in touch with their control centre.”

Al Edwards, Technology Operations Manager for Highways England said: “The SC20 had a number of features that will undoubtedly enhance the safety of our officers when on patrol or attending incidents. The loud, clear audio is a key factor, ensuring that even when large goods vehicles are passing close by, critical messages can still be heard. In addition to this the rugged design of the radio ensures that even in wet, dirty conditions, our staff will be able to rely on their radio to continue working for them.”