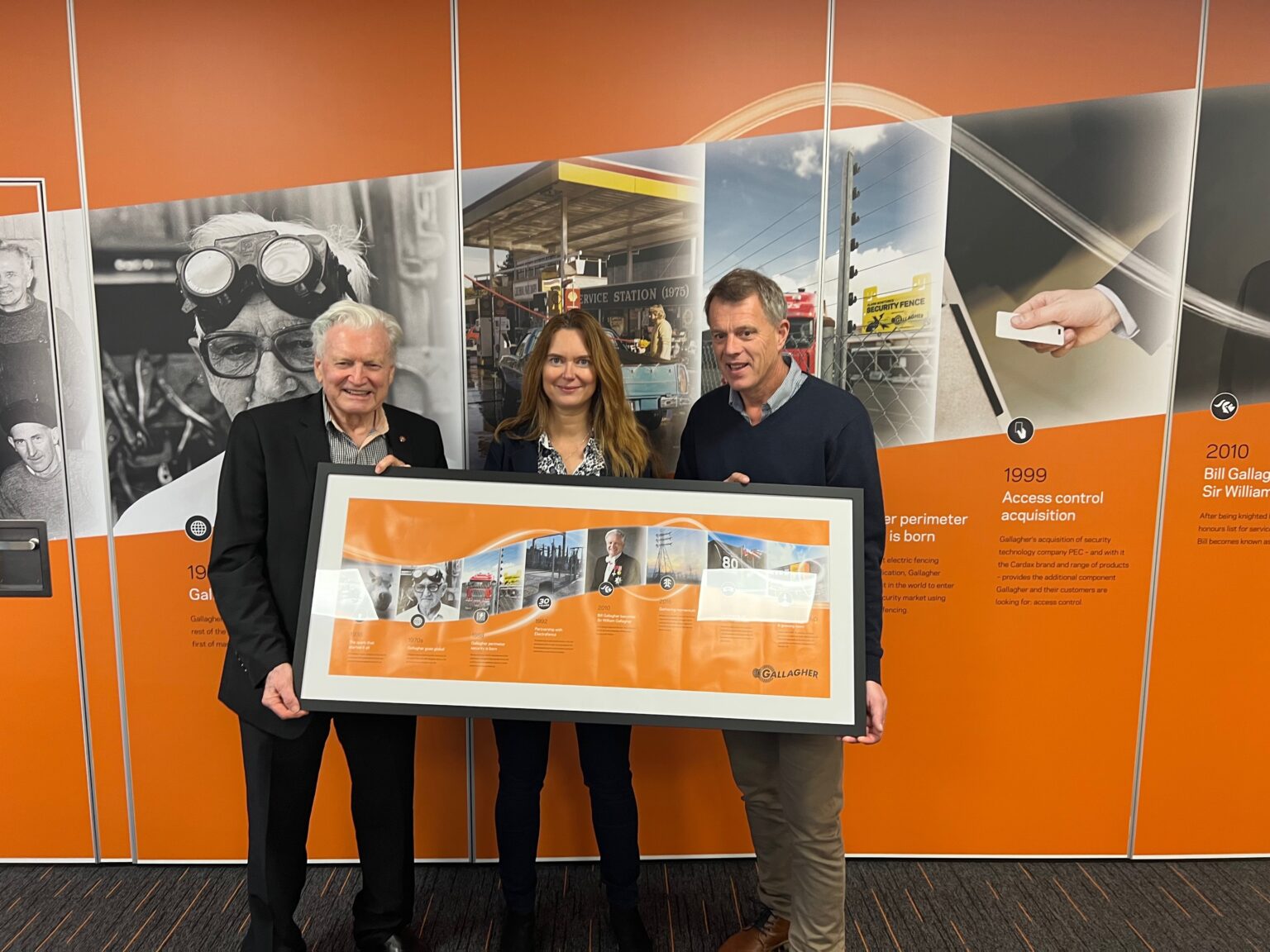 Gallagher has confirmed that it recently held an event at its UK headquarters to celebrate the 30-year relationship between the company and its longest-running UK channel partner, Electrafence.

James Creed – Electrafence’s Founder – and his wife Josie were presented with a partnership plaque by President and Executive Director of Gallagher, Sir William Gallagher to commemorate the special relationship.

“James has been with Gallagher from the start and our longstanding and mutually beneficial relationship is a testament to the reputation that James has created with Electrafence by providing first class service and expert industry knowledge.

“We look forward to many more years of fruitful business together and the continued success of both our companies.”

The connection between Creed and Gallagher began when he won the Gallagher-sponsored Young Farmers competition in the United Kingdom in the late 80s. The first prize was a trip to New Zealand which included the opportunity to meet the Gallagher team.

This was at a time when Gallagher was using its expertise in fencing for animal management to develop perimeter fencing solutions for the security sector.

Reflecting on that period, Creed said: “Inspired by the meeting with Gallagher in New Zealand, I returned to the UK and realised that installing fences was the way to go.

“I started Electrafence Security and installed the first UK installation of a Gallagher perimeter fence at Polar Motors in Barnsley – and the rest, as they say, is history.

“That fortuitous trip changed the trajectory of my career and sparked a wonderful 30-year relationship between Electrafence and Gallagher.”