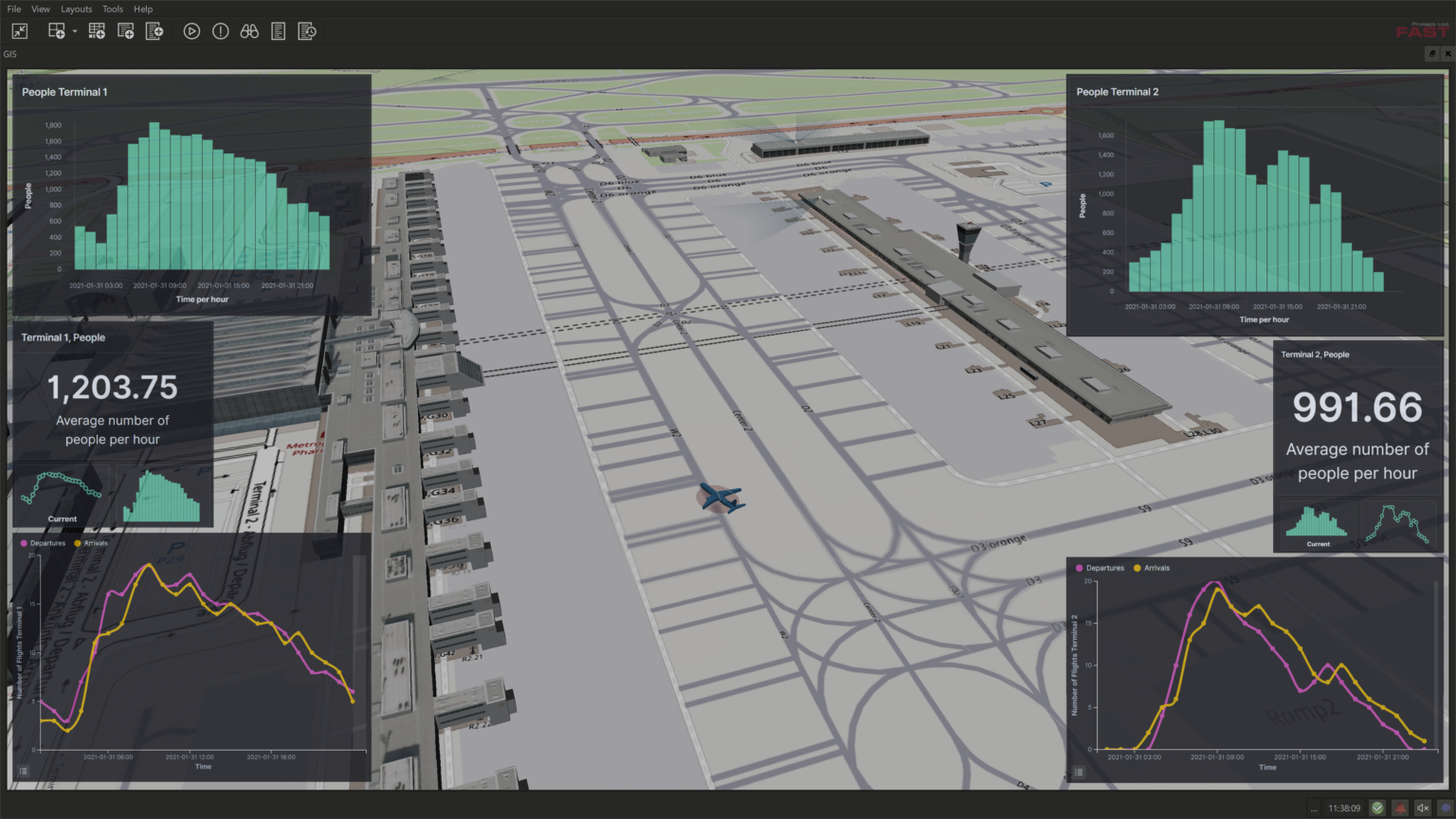 The FAST team established its first company in 1995. At the time, the development of digital video surveillance platforms was not widely accepted because the market was still using analog technologies. As an innovator of digital video surveillance systems, fast forward a few years and FAST’s team was beginning to truly establish itself in the market, with the company installing its platform in more than 15,000 projects worldwide.

The company used its initial product offering intensively in the gaming industry, for instance, in casinos where there was a high demand for extremely good video quality. However, as the business grew, FAST’s leadership team was looking beyond the present and into the future – what they were recognising was that there was a need for a unified and vendor-agnostic platform to bring different systems together under one umbrella solution.

“We didn’t know it was a PISM system at the time because this was a term which didn’t really emerge in the market until some years later,” explained Carsten Tschritter, the company’s Chief Technology Officer and General Manager. “But, we knew the value of collecting and correlating information from many different systems to make the life of the operator easier.”

Tschritter could not have been more correct. These days, one thing is certain – we live in a connected world where everything is growing. From a security perspective, most organisations are expanding and are becoming more complicated as they develop. They have more departments and different responsibilities – the same can be said about digital systems.

“The technical systems they are using continue to add more systems; operators regularly have to use different types, so being able to interface with legacy versions and to be able to integrate is truly powerful. A typical example of this is an airport – you start with one terminal and then you add terminals two and three. In this scenario, it’s very rare that you find the same video system in all the terminals, the same access control or building management system. This is where unification is needed. It is similar with the growth in organisations.”

Bernd Drescher, VP Sales Europe added: “One major challenge for organisations is ensuring that the data has been synchronised in real time between different databases. As Carsten said, there are many systems in operation, all holding personal information, information about assets. It’s a key benefit for organisations if the data has been synchronised automatically in the background, between all the different systems.”

Question: What is the most effective way of collating mass amounts of information and creating actionable intelligence for operators? Answer: TERRA 4D. The company’s solution integrates data from a wide variety of sources to give real time resolutions to complex challenges.

The TERRA 4D platform provides situational awareness for operators based on a three-dimensional geographic information system. In many ways, it is similar to virtual reality. “We can put complex information into a really easy to understand picture – this is also widely known as a Digital Twin,” said Tschritter. “Let’s look at a command and control centre environment as an example. We provide the tools to increase seamless control over all systems to accelerate response times and efficiency when it comes to incident handling.

“In these environments, the first thing you will see is a real time view on the video wall in the Digital Twin rather than just static video streams. The second piece of the puzzle is incident management, which is maybe the most critical aspect – there is a need to react efficiently and precisely to handle situations according to an organisation’s SOPs and country specific laws. The third part is the forensic search where, after everything has happened, you can go into the details by using our modules to learn more about the incident and optimise your workflows and procedures later on.”

As well as security and safety, there are a lot of operational benefits that users gain from adopting the TERRA 4D solution. The fact that the solution is capable of geo-referencing all information provides many more possibilities. As a result, all the information coming from different systems at the same time can be put into geographical context.

TERRA 4D can analyse information with the ultimate goal of presenting, to the operator, all the relevant data from the different sub-systems when an incident is triggered by the system. The goal here is to increase the efficiency of incident handling and to reduce or even eliminate false alarm rates by using AI. “Further down the line, when it comes to the fine tuning of the system, the TERRA 4D is also capable of reducing training time for operators by creating customised sequences based on previous events and alarm conditions,” continued Tschritter.

“We are integrating with all different types of systems, not just those on an IP network, but also with legacy systems; based on these integrations, which is bi-directional integration on the software side, we cannot only monitor connected systems, but we can also control other systems and devices. We can now roll out the complete solution for different types of user groups, not only security personnel, but also entire organisations – having one established central platform will bring various benefits for multi-layer organisations as we are able to provide customised business applications for each user group. These applications can run as thick or mobile clients or even be accessed through web clients via a standard internet browser.”

In regard to AI in the TERRA 4D system, Tschritter explained that this is specifically machine learning as a sub-set. FAST Systems recognises that, when you first set up the system in a project environment, you don’t have real data. It is only when you’ve installed it and it’s in operation that you can start getting the real information. From there, you simply have to adjust your sensor sensitivity, your incidents, your alarm criteria and other critical parameters.

The company introduced machine learning in different places within the TERRA 4D system so that it was capable of defining workflows, where it learns from the operator’s response to an incident. Tschritter went into further detail: “At the beginning, the operator gets incidents on the screen and, based on their decisions, the system is capable of learning by analysing the information from the different sub-systems.”

“We are adapting the incident trigger thresholds to this. Through bi-directional integration, we can do this by adjusting sensor sensitivity; for example, we have systems in place where we use four different types of sensors to detect an intrusion. Based on the operator’s decision when they say at some point, ‘okay, it’s a false alarm’, we can understand, ‘okay, this was not specific enough’ and we can then make the necessary adjustments.

Another thing which is unique in the TERRA 4D system is that, by utilising geo-reference integration of the sub-system, the exact location of the sensor events can be mapped and combined with other information. “One example of this may be the enhancement of video analytics events, with information from a seismic sensor,” added Tschritter. “This helps users understand more about the object and learn to separate between humans, animals etc. There are a lot of things going on in terms of machine learning in the background to simplify the operator’s life; this is the ultimate goal, but also to be able to configure the system perfectly.”

One of the other talking points that both Tschritter and Drescher were keen to discuss was how the company and its solutions remain compliant with GDPR and how seamlessly it can adapt to various international regulatory requirements.

“This was a challenge when stricter data usage laws emerged. Not only for us, but for customers as well. Everything was new, but we quickly learned that when we planned a project, it was critical to minimise the data we were getting from individuals and also to anonymise the data as much as we could. For the information we are storing in our databases, we have different retention times, so we are deleting the data as required by the regulations. In a similar way we are handling anonymisation of personal data in the database after several specified times.”

Drescher concluded: “Because we are compliant with GDPR, we can take the module in the TERRA 4D platform and adapt it to other local specific laws; GDPR is the toughest data privacy law in the world so if you aren’t compliant with it, it can cause major problems.”