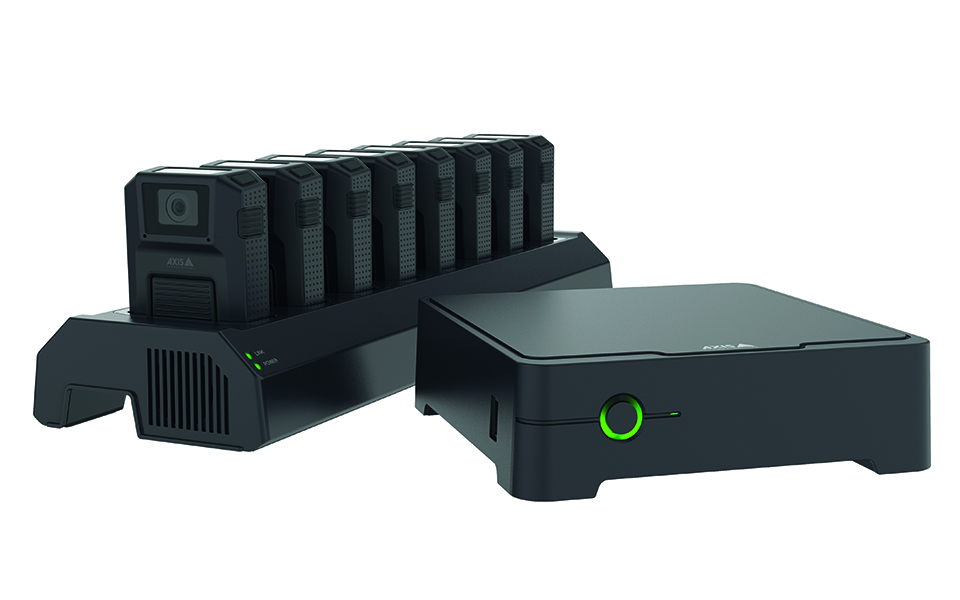 Body worn cameras are increasingly recognised as being a valuable complement to traditional surveillance, offering a perspective that is comparable to the wearer’s own and, in that, providing useful video and audio in several scenarios. There are myriad benefits to implementing body worn cameras and use cases extend across a range of industries – from law enforcement and private security, to healthcare, to transportation. In announcing our first body worn camera solution, we have an eye not only on the immediate benefits they can bring to law enforcement and private security companies, but other areas of life where the presence of a body worn camera can have a positive impact.

The urban environment is an obvious place where body worn cameras will have a significant and increasing presence and one which will help cities reach goals in security and safety. Indeed, as a greater proportion of the world’s population increasingly lives in cities, safety and security are high on the agenda of citizens in relation to the perception of a city’s livability and attractiveness.

Reducing crime in all its forms – from the relatively minor, such as vandalism and antisocial behaviour, to the more serious like theft and physical violence – is obviously a central objective for any city government or authority. Video surveillance in general plays a key role in both deterring crime and helping with investigations and the increasing use of body worn cameras by law enforcement agencies enhances this further.

Capturing evidence for post-incident investigation is a principal benefit and not only evidence against the alleged criminal, but also evidence that the law enforcement officer or private security professional had behaved appropriately and within official guidelines and processes. This comes not only through footage mirroring that as seen through the wearer’s own eyes, but in ‘filling in’ blind spots not covered by traditional surveillance cameras.

The presence of a body worn camera can improve the behaviour of both citizens and the wearer of the camera, which can not only reduce the number of incidents, but also the number of complaints against officers. Both are positive factors in the sense of city livability.

In addition, footage from body worn cameras can be extremely useful in situational training and evaluation. Using real-world footage of the management of incidents – including both seeing and hearing how law enforcement or security personnel managed a particular situation – greatly enhances and brings to life the theoretical taught in the classroom.

As a ‘softer’ psychological benefit, body worn cameras can increase the feeling of safety and security for the wearer, allowing them to undertake their job with confidence and this is where the potential for additional body worn camera use cases becomes clearer.

Unfortunately, a fact of urban life can be verbal and physical abuse of workers perceived to be in positions of authority, or a focal point of citizen frustration. Public transport operatives and ticket inspectors, emergency services personnel, healthcare professionals, teachers, utility workers and many others can become targets for aggression and abuse and while it’s often borne out of citizen frustration and stress, it is clearly entirely inappropriate.

The mere presence of a body worn camera and the knowledge that a citizen is being filmed can have a calming effect, reducing the likelihood of an incident escalating to abuse and violence and overall levels of antisocial behaviour. The increased feeling of safety and security for the wearer should also not be underestimated and their increased confidence in doing their job can lead to more positive interactions with the public. And again, the footage from body worn cameras can be an invaluable enhancement to training courses for employees across multiple city functions and roles.

Tips to consider when purchasing a body worn camera solution

Once the primary use case has been established to align with the business need, there are three key points that organisations must consider before selecting an appropriate solution. This will help them to maximise their return on investment:

Body worn cameras are on the frontline of activity. They must be able to withstand every condition that the wearer endures – including impact, extremes in temperature and adverse weather conditions – while producing consistently high-quality images and audio. The longevity and durability of the hardware are critical to the continued functionality. In addition, the manufacturer should offer ongoing support, troubleshooting and training to ensure the best performance.

2. Ease of use and design

These devices are intended to be worn for the duration of a shift and the weight and size of the device must be considered, so as not to impede the movements of the wearer. Also, the device must be able to record several hours of footage and be easy to operate, especially in stressful situations.

From a software perspective, the video management should be simple following the recording period. This involves the automated, fast and reliable transfer of video data in the right format, with the appropriate cybersecurity processes in place to prevent the footage from being tampered with, leaked or manipulated.

One of the key aspects of a new solution is how easily it integrates with existing equipment and systems. An open architecture will give customers the flexibility to integrate the body worn cameras with existing Video Management Systems (VMS) or Evidence Management Systems (EMS). This ensures that it acts as a natural extension of the surveillance system, removing the need to ‘rip and replace’; ultimately protecting existing technology investments and ensuring fast deployment and return on investment.

As the benefits of body worn cameras become more widely recognised, other industries will start to consider these solutions for new applications. This may be to confer improved safety to an environment, deter criminal behaviour, document incidents or for training purposes. By considering the points discussed, businesses across a range of sectors can make the right choice of solution when they choose to invest.

We are early into our journey into the body worn camera segment, but the potential for improving the lives of citizens and workers in our urban environments is clear and exciting.

This article was originally published in the November 2020 edition of International Security Journal. Pick up your FREE digital copy here