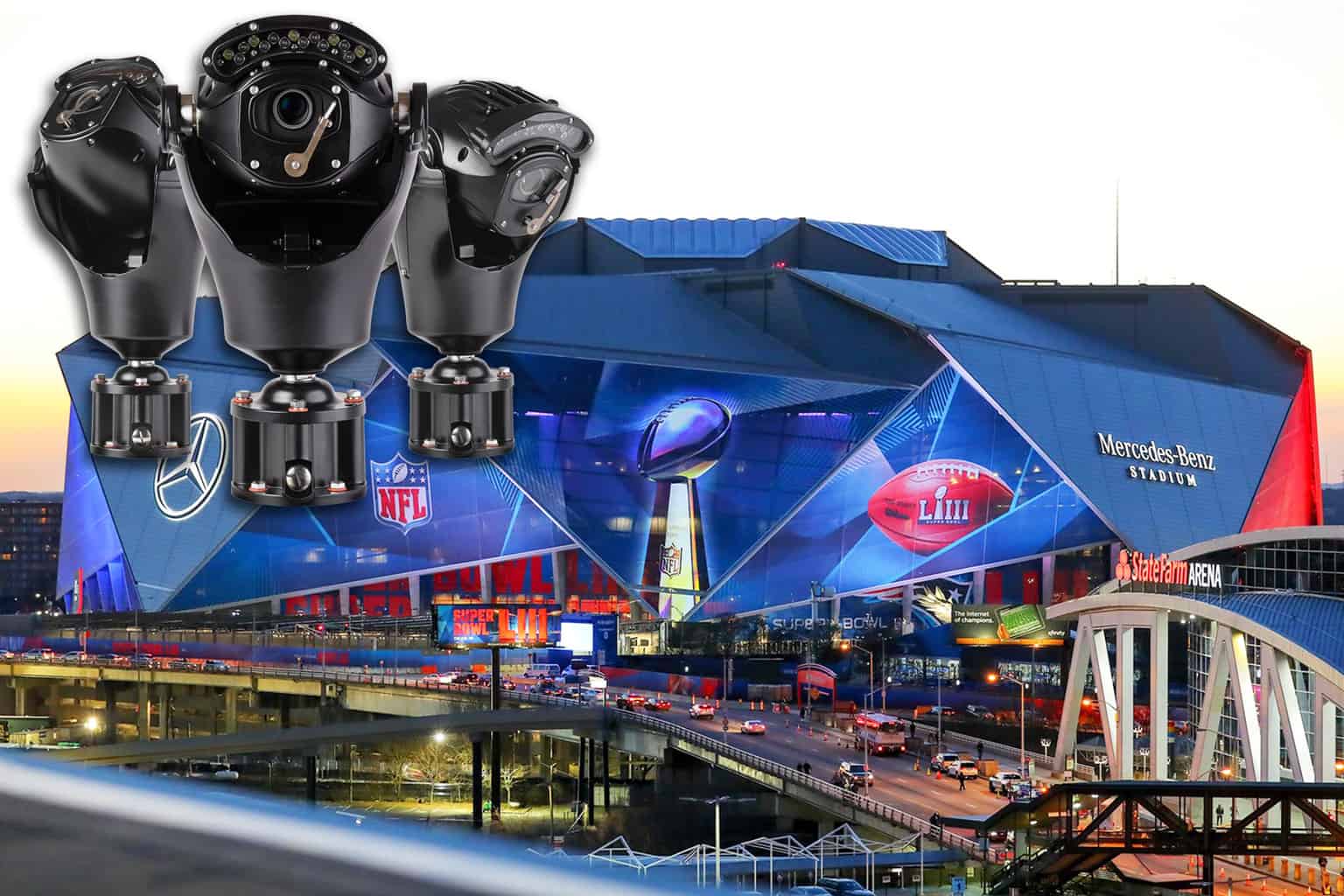 In all, ten rapid deployment MAST units were deployed in various areas surrounding the brand new, state-of-the-art Mercedes-Benz Stadium and State Farm Arena in Atlanta, Georgia. With over 1 million fans expected to participate in Super Bowl and the ten-day fan festival, the Metropolitan Atlanta Rapid Transit Authority (MARTA), was keen to complement the existing CCTV networks around the grounds and mass transit point footfall areas, such as bus and rail stations.

“MAST has been developed to answer the need for a more sophisticated and flexible surveillance system for infrastructure and public space safety, including large crowd gatherings, as in this application. MAST is unique, as it combines a rapidly deployable unit with some of the most advanced safety and surveillance technology available – the very reason why we selected 360 Vision Technology’s Invictus camera for its core imaging technology.”

The use of the MAST units integrated to the existing fixed camera points during Super Bowl LIII week proved a huge success with high-definition images transmitted back to the MARTA Emergency Operations Centre via a mobile network. Thanks to the high quality of images received, system operators were able to identify and tackle a number of incidents, including a vehicle theft. Additionally, the images were also used to predict areas of dense footfall, tackle crowd control safety issues and manage general health and safety concerns.

The deployment of the Invictus based camera system at Super Bowl LIII proved such a success that plans are already in place for deployment at other large-scale US sporting events, including the NCAA Final Four Basketball Championship in 2020 and for city centre deployment across Atlanta.