ISJ Exclusive: Redefining the standard of safety in public security 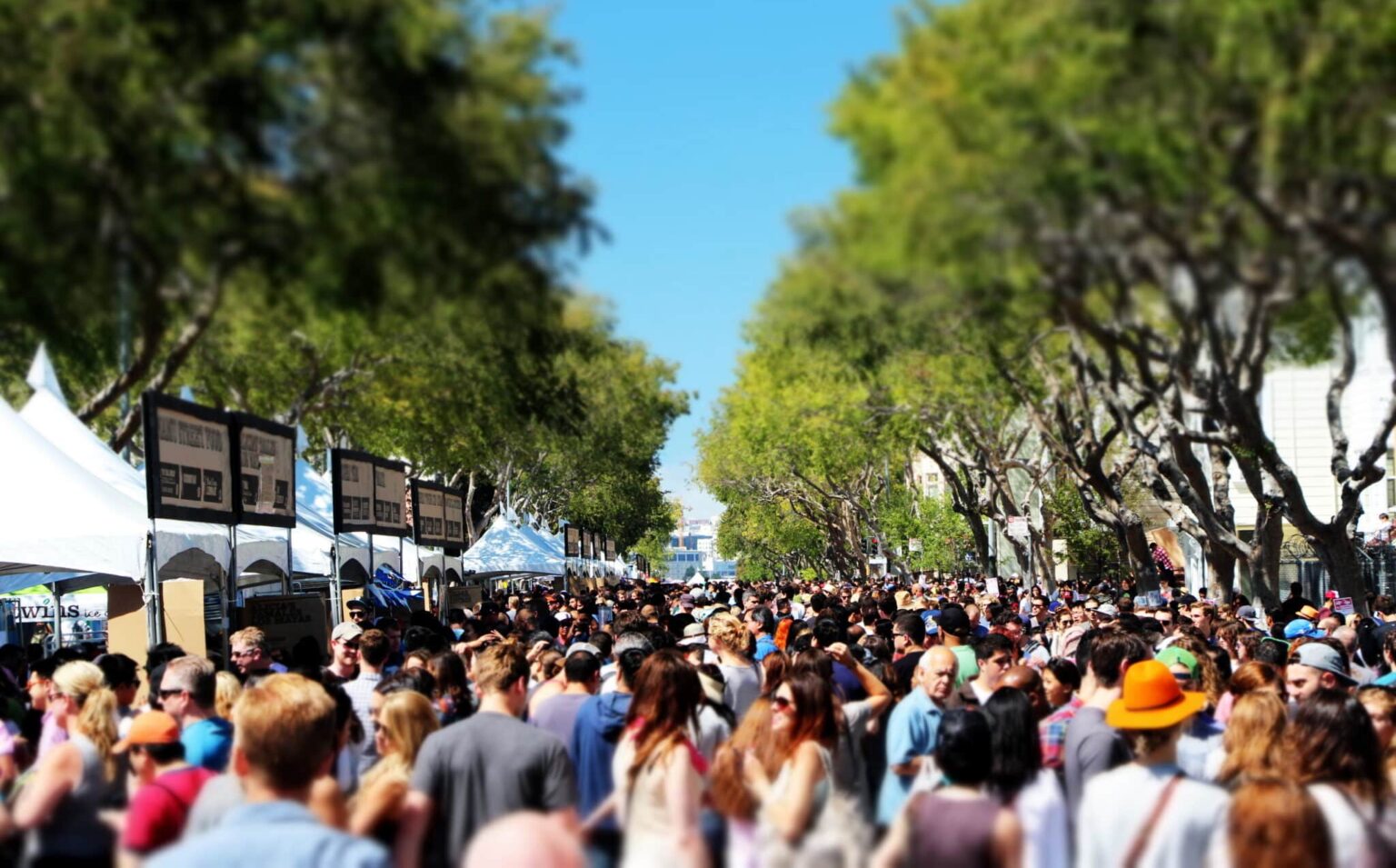 The past few years are riddled with a series of terrorist attacks, mass shootings and bombings across Europe and the US, including the Bataclan Theatre attack, the Pulse Nightclub shooting, the Nice Truck massacre and the Las Vegas Festival shooting.

In the US alone, there have been approximately 90 mass casualty shootings (ten+ victims) since 2019. In Europe, the Europol TE-STAT annual report for 2021 identifies 127 terror attacks across the EU from 2019-2021 and emphasises that terrorism represents a significant threat for European public safety.

Already in the first half of 2022, several high profile mass shootings in public venues and a highly publicised political assassination indicate vulnerabilities in public event security measures that transcend a single nation. These security gaps must be addressed with the deployment of new and more sophisticated solutions that can augment the efforts of security personnel without slowing traffic or compromising other security measures.

Securing large public events such as concerts, fairs, parades, rallies, entertainment venues and sporting events presents an immense challenge as security vulnerabilities are almost inevitable. The US Department of Homeland Security (DHS) identifies “Soft Targets and Crowded Places” (ST-CP) as spaces that can be accessed by large numbers of people and are exposed to the public in a way that is difficult to protect and maintain. These spaces typically include multiple access points and the constant flow of delivery drivers, employees and guests. In addition, not all public spaces have dedicated security installations (i.e. security walls, gates and checkpoints) and rely heavily on individual event-based security plans.

Primary event security, taking place on the ground during the event, often relies primarily (or solely) upon physical security methods such as static and mobile guards, canine detection units, camera surveillance and inspection checkpoints. But, the effectiveness of these methods is still inconsistent. People-power-based security solutions rely on risk assessments that target threats with a reasonable foreseeability of being present; this leads to inevitable bias, allowing inconspicuous threats to pass undetected.

Inspectors may be inexperienced or poorly trained, exceptions (such as diaper bags) are commonly made and inspectors may miss cleverly hidden objects or fail to fully inspect bags in order to facilitate throughput. Public bag requirements for size and type (smaller or clear bags) may assist inspectors in their duties, but are not enough to establish secure screening checkpoints.

Unfortunately, budget constraints often lead to cost-saving cutbacks to security teams, lack of deployment of advanced technologies and heightened risk. A 1:100 ratio of security guards to the public is the common minimum in low-threat environment; this may increase in high-risk environments, but additional guard presence is costly. In contrast, technological solutions are a force multiplier for a security team, making each member more effective and often reducing the need to hire additional guards.

The use of X-ray and advanced technology

The basis of security is information – championing the need for advanced security technology. Recent modular product designs and short term leasing programs make on-demand deployment of X-ray systems in public spaces achievable. X-ray scanning systems augment the efforts of security personnel by providing a consistent and detailed inspection process for bags and containers. X-ray scanners are a proven technology, implemented for decades at high security sites including border checkpoints and airport terminals around the world.

The US Transportation Security Administration (TSA) reported nearly 8,000 firearm confiscations at US airports in 2019-2020 alone, of which about 85% were loaded. Scanners can also be integrated into a holistic technological solution incorporating assets like CCTV cameras, drone surveillance and facial recognition software to create overlapping safeguards. While technology cannot stop every possible threat, advanced tools present an extremely effective deterrent and threat screening methodology.

X-ray systems have advanced considerably since the mid 2000’s through the introduction of dual-view scanners. Dual-view scanners produce images from two distinct angles, allowing the inspector a more complete view of the scanned item. Cleverly placed objects can potentially be hidden and dense items can obscure other threats in one perspective, but a dual-view system makes it difficult to hide threats from both views simultaneously.

The X-ray scanning industry is transitioning to dual-view machines over single-view technology as a standard benchmark of security, but public event security has seen slower adoption due to budgetary concerns. While understandable, advancing threats mandate a commensurate advancement in threat prevention. Sacrificing necessary security measures for the budget creates threat vectors that cannot be addressed. Should an incident occur that may have been prevented through proper security investment, potential ensuing lawsuits may cost many times more than what was initially saved.

The modular XIS-6545DVS system features this powerful Astrophysics AI software. The XIS-6545DVS is a dual-view X-ray system featuring two 180kV generators with a side-mounted modular generator that can be assembled on-site in less than an hour. The AI software gives the system automatic detection capabilities and greater performance, making it an ideal system to deploy for mobile event security.

The threat of lithium-ion batteries

Public event security begins well before public arrival or the scheduled start. Potential threats can be placed before the event begins or hidden to be used later. Contractor civil works materials, staging equipment and supply boxes are all avenues of attack to be secured. For example, the Chelsea bomber that attacked a New York neighbourhood in 2016 hid his devices inside construction toolboxes to detonate them later as the crowd gathered.

To complicate matters, not all potential threats come from intentionally harmful devices. Lithium-ion (Li-Ion) batteries are ubiquitous in the modern air travel industry and one of the most hazardous items that passengers regularly carry. As of July 2022, the US Federal Aviation Administration (FAA) has recorded over 350 different incendiary or explosive incidents with lithium-ion batteries on domestic and international passenger and cargo flights since 2006, primarily caused by hand-held electronics.

Li-Ion batteries are commonly used in cell phones, tablets, laptops as well as electric toothbrushes, toys, wireless headphones, power tools and more. Massive proliferation of these batteries means that they pose an ever-growing threat. By 2030, Europe is projected to have over 110,000 tons of Li-Ion batteries by weight.

The threat posed by Li-Ion batteries is evidenced in data from multiple nations. Fire and rescue services in Vancouver, British Columbia have recorded a five-fold increase in the number of Li-Ion battery fires since 2016. Likewise, in South Korea, a series of fires at energy storage centres in 2019 prompted a lengthy investigation. From this investigation, a panel of experts ultimately concluded that the fires were likely caused by faulty or improperly installed Li-Ion battery banks.

In a Li-Ion battery, lithium ions stored under high pressure are highly reactive to air and water. Damaged batteries will begin to smoke and may ignite or even explode. If this were to occur in the cargo hold of a plane, it could cause significant damage to other cargo, passenger luggage or the plane itself. Batteries brought in carry-on luggage also pose a significant risk to passengers and airline staff. Improper care of these batteries can lead to serious injury and, in extreme cases, may even put lives at risk.

Europol notes Li-Ion batteries as items of interest due to a high rate of counterfeiting which makes them more likely to contain hazardous defects. Even discarded Li-Ion batteries are a threat. Processing and recycling facilities are at significant risk for fires caused by these batteries. In a 2021 report, the US Environmental Protection Agency (EPA) recorded 245 fires across 64 waste management facilities in the US that are either confirmed or likely caused by Li-Ion batteries from 2013 to 2021. These fires have damaged equipment and destroyed whole facilities, causing severe injuries to employees and firefighters. Implementing X-ray systems for inspection of cargo and waste for Li-Ion batteries can prevent damages and injuries from mishandled or defective batteries.

The emergence of AI for Li-Ion batteries

Li-Ion batteries come in many shapes and sizes, from small palm-sized phone batteries to the massive half-ton battery packs used in electric vehicles. Physical inspection at public events and processing facilities is simply not a reasonable approach to detect all incoming Li-Ion batteries. Only an X-ray system equipped with trained AI software can reliably identify Li-Ion batteries in cargo and large baggage scanning applications.

Larger, yet still mobile and modular x-ray scanning solutions can quickly be deployed to checkpoints for screening of supply deliveries, crates and small cargo. One such solution, the Astrophysics XIS-100XDV is a dual-view small cargo scanning system that features AI to detect guns, sharps, liquids and hazardous Li-Ion batteries. Further, the XIS-100XDV is uniquely equipped with a removable side-shooter generator module to enable simple and quick installation in small spaces. With a robust steel frame, mobile design and a wide scanning tunnel, the XIS-100XDV is the premier scanner to secure large baggage and small cargo.

From the time these items exit the plane or boat, to the moment they arrive at the event space and even during disposal, effective screening keeps drivers, employees and the public safe from harm. Raising the standard for public event security is the necessary bulwark against potential threats to public safety.