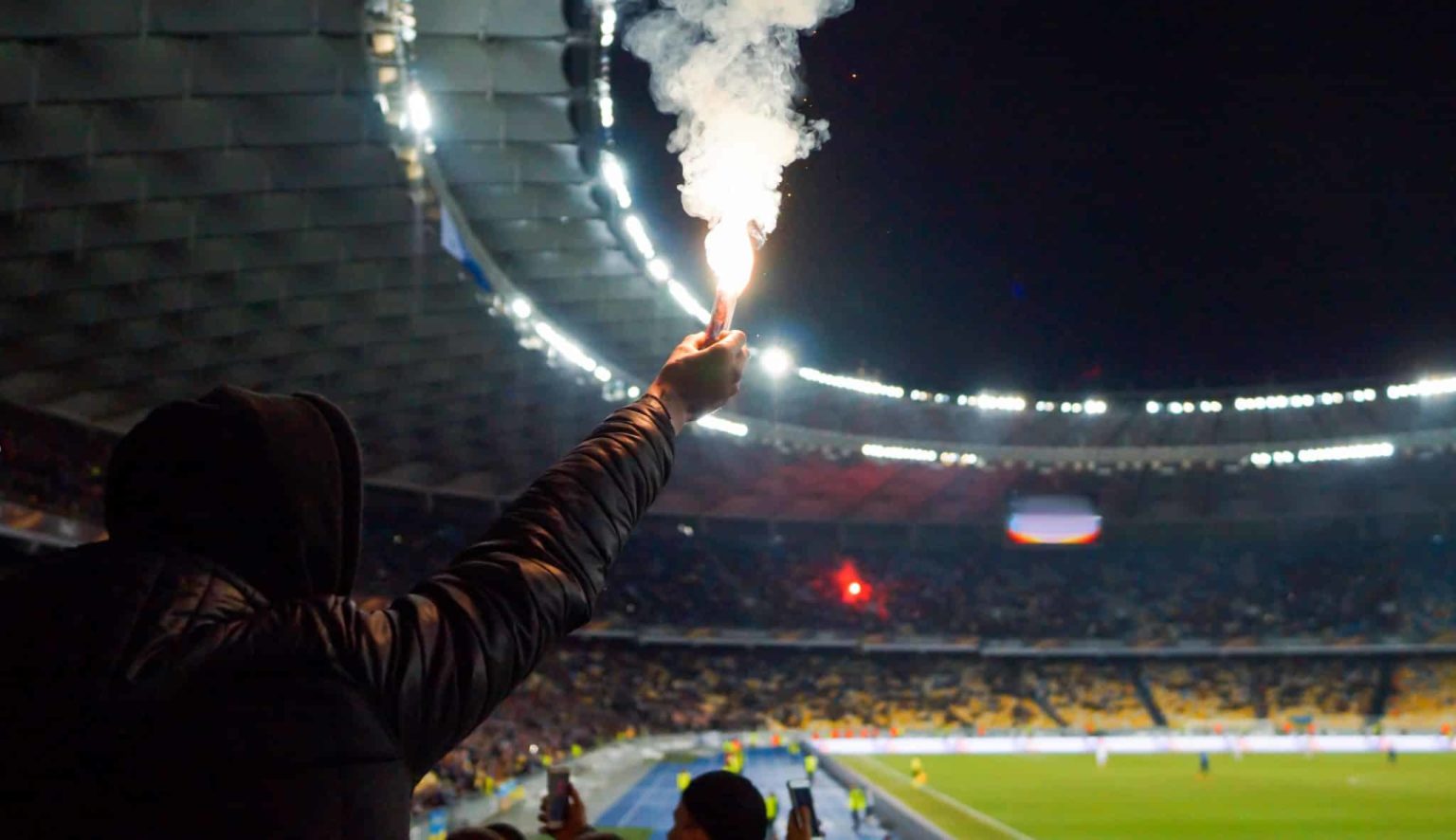 Over the last few months, football fans worldwide have been allowed to watch matches live in stadiums again and cheer on their favourite team without significant COVID-19 pandemic restrictions like limited seating and social distancing in stadiums.

However, the excessive emotion this brings with it highlights the almost forgotten challenges such as fans storming the pitch, the ignition of pyrotechnics or the use of foul language and racist insults.

Stormy individuals and a lack of stewards

Many stadium operators observe that young male adults who are just 18 years old, or slightly older, often engage in offensive or even criminal behaviour. The pandemic restrictions have certainly added to the issues as this demographic have not had the opportunity to act out, by going out to socialise in normal environments. Now they are adults, possibly under the influence of alcohol or drugs, they get carried away by the atmosphere of the crowd in the stadium and do foolish things.

Another sticking point is the lack of stewards; quite a few have returned to their homes abroad during lockdowns or have simply looked for other jobs. Often those who are deployed in the regular’s absence are partly inexperienced or are not sufficiently trained.

These circumstances also favour one of the biggest problems facing crowd management: Pitch invasions. From single ‘streakers’ to hundreds or potentially even thousands of fans storming the pitch, these are a nightmare for every stadium operator who has almost no chance of keeping an overview and ensuring the safety of everyone present. However, experience shows that most pitch invasions have the same sign – fans leaving their seats and forming a crowd at the front of the stands before one person makes a start, storming the pitch with the masses following them.

Understanding overview and details in parallel is key

In addition to some approaches, such as licensed standing – where clubs erect railings between each row of spectators to counteract a rush to the front – it is also video technology that can have a preventive effect. High-resolution camera systems, equipped with several sensors of different focal lengths, enable a comprehensive overview of the entire event as well as any number of simultaneous zooms by several operators.

In this way, the behaviour of crowds and individual groups of spectators can be precisely observed, giving security staff and police in the control room a better understanding of the security situation and enabling them to order stewards to specific tiers in a very informed and targeted way.

The same applies to tumult at the entrance areas when, for example, fans without valid tickets try to gain access to the stadium. Here, specially designed camera systems to cover long distances and large areas help to improve situational awareness and keep things under control. The key is that these systems allow operators and police to understand the overall scene while, at the same time, being able to check for details in as many areas as needed.

Another challenge is lighting and throwing pyrotechnics. Equally dangerous is detonating explosives or fireworks, which can cause injuries to human hearing or mass panic. Throwing objects such as coins or lighters is also a common threat. In this case, camera systems are particularly suitable for the detection of such incidents if they cover the entire grandstand area with a sufficiently high resolution (more than 250 px/m according to IEC 62676-4) and a smooth frame rate (30 fps) to obtain recordings that can be used in court.

For effective prosecution, it is also important to be able to quickly investigate if the person is masked when igniting the pyrotechnics or is already elsewhere at the time of detonation. Here, stadium operators or the commanding police officer can benefit from video systems that allow large spatial contexts to be captured with as few camera perspectives and screens as possible.

This allows for effective research and tracking. In conjunction with high-performance video management and control centre software, digital incident files can also be created, where the associated image, video and sound recordings, as well as comments, witness statements etc. can be collected and handed over to the law enforcement authorities.

In terms of the UK Protect Duty, for example, it is important to use video systems that function smoothly and are up to date. It is also vital to ensure that a video system does not create blind spots that attackers can use to retreat or entrench themselves in to avoid being seen, as was the case in the Manchester Arena Bombing on 22 May 2017.

It is equally important to have an immediate overview of security systems such as access control, intrusion detection and fire alarm systems. Imminent dangers, for example if a locked door is opened violently, can be reported by the access control system to a higher-level control centre software. By intelligently linking the locations of doors and associated viewing angles from installed video cameras, these systems can issue alarms and operators can immediately verify such alarms with video images and take further action.

Besides the challenges on matchdays, safety is also important when conferences, corporate events and other events take place. One trend is so-called ‘urban climbing’, where adventurous people climb stadium roofs, for instance, to take pictures for social media. In these ‘sterile areas’, the interaction of video cameras and AI-based object classification software can help to issue an ‘intrusion detection’ alarm if the system detects a person in this forbidden zone.

In addition, stadium operators already benefit from sophisticated building and control centre systems to control all security systems via a uniform and intuitive user interface in dicey situations. Due to the rapid development of AI-based video analysis, there will be numerous applications in the future that can improve crowd management.

Regardless of future capabilities, high quality camera images will always be at the core of any analytics solution – image quality determines data quality and, in most applications, the human eye is needed to make the final decision.