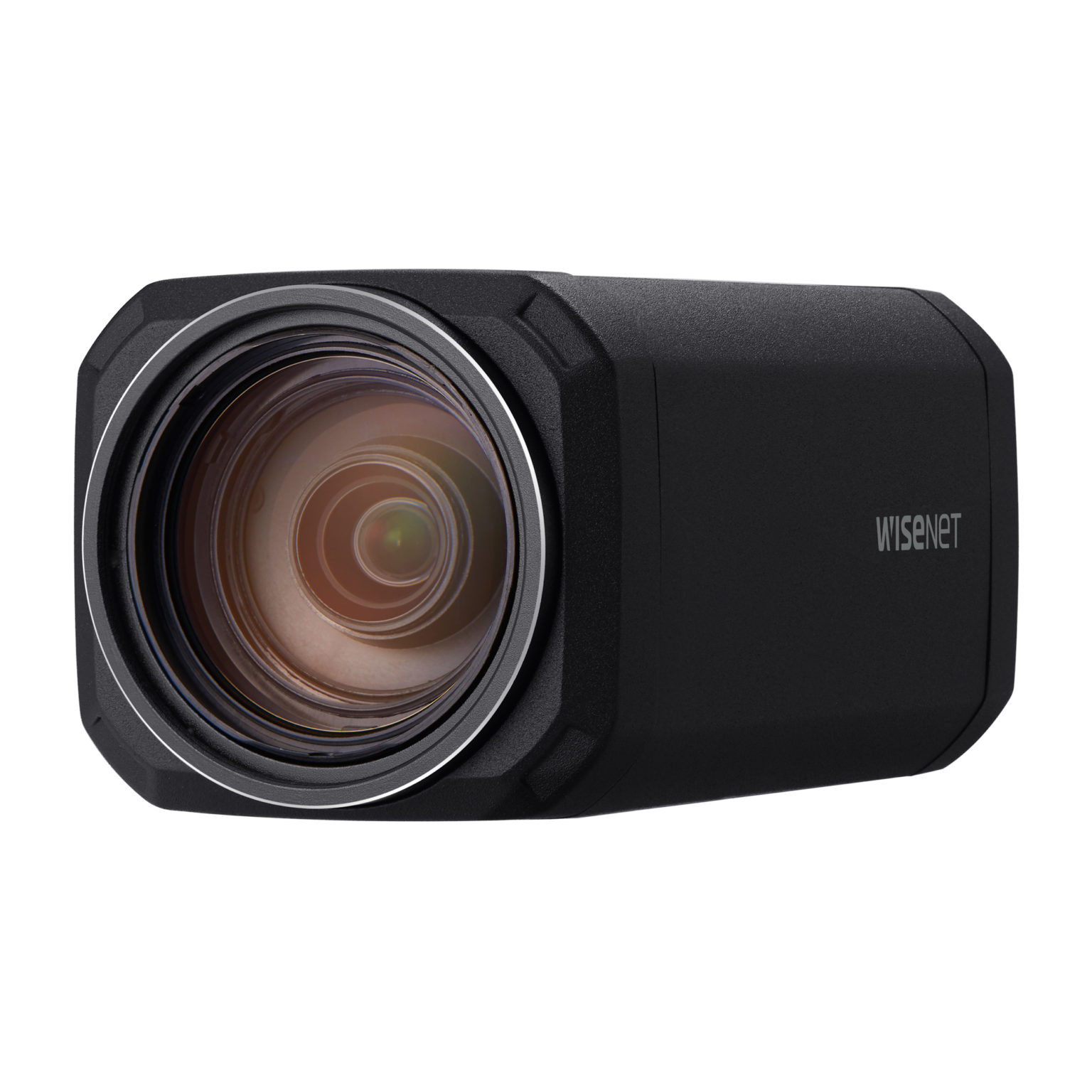 The Wisenet X-Lite XNZ-L6320, which is equipped with a 32x optical motorised varifocal lens with auto focus, is a direct replacement for the highly successful Wisenet SNZ-6320 zoom box camera but is much smaller and offers a more cost-effective option than its predecessor.

“The introduction of this new box camera is a reflection of our commitment to continually look at ways in which we can enhance our range of cameras,” said Uri Guterman, Head of Product & Marketing for Hanwha Techwin Europe.

“We believe that because of its new design and smaller size, the Wisenet XNZ-L6320 will prove to be popular with retailers and other end users to whom aesthetics is important, but is also an ideal camera for outdoor video surveillance applications. Equally important, the price point of this new box camera, which includes a large array of analytics tools, will provide system integrators with a competitive edge for video surveillance projects which require a large number of cameras.”

The Wisenet XNZ-L6320 is a true day/night camera with a removable infrared cut filter (ICR) which  benefits from enhanced Wide Dynamic Range (WDR) which performs at up to 120dB, to produce clear images from scenes containing a challenging mix of bright and dark areas. Unlike conventional WDR which captures images by taking two frames taken at different exposures, the Wisenet XNZ-L6320 utilises four frames captured at different exposure levels to produce a clearer image.