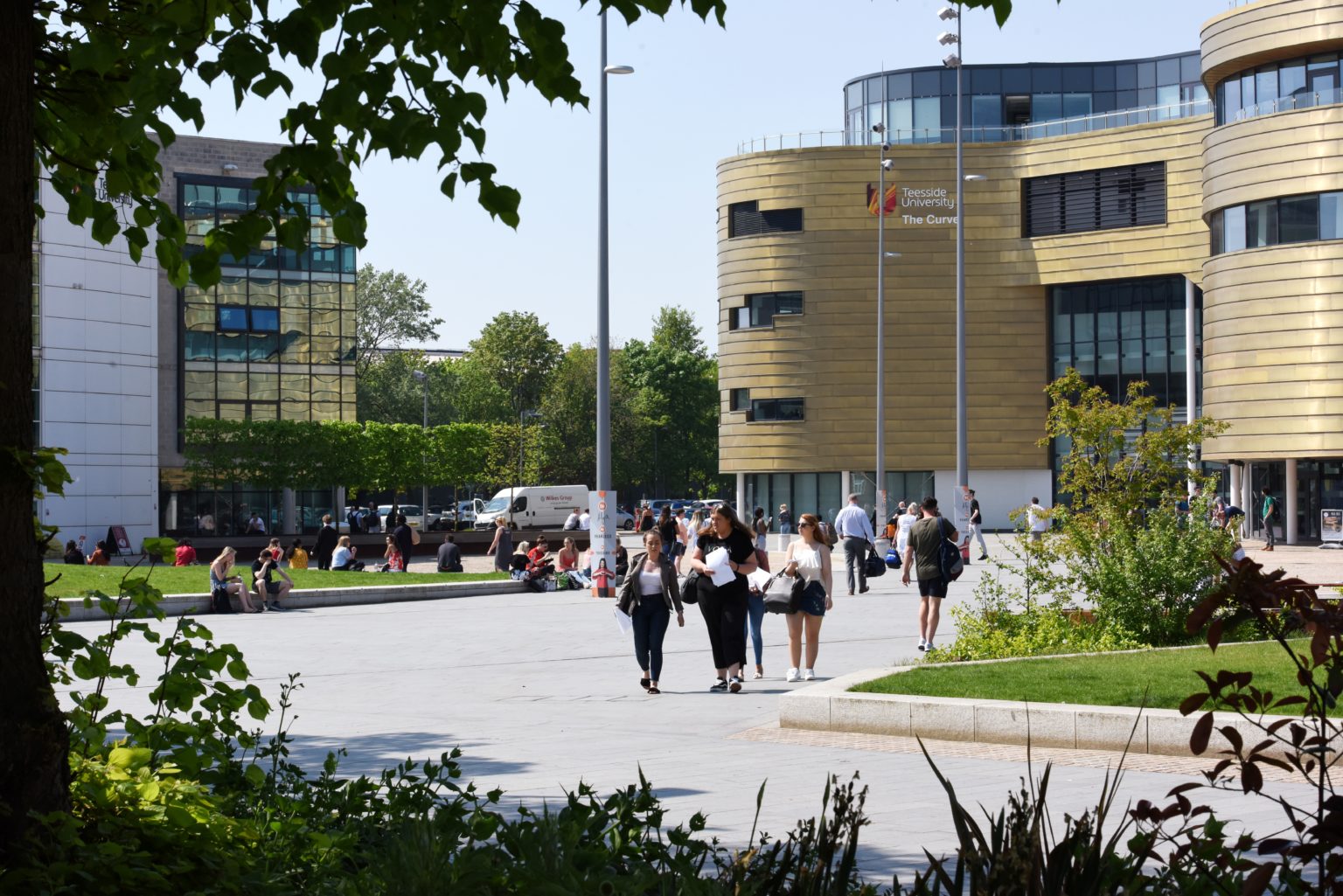 International Security Journal reveals the fresh ideas that are strengthening campus security in an age of growing risks.

Openness can come at a cost. One evening last October – just before 6pm – a security officer on patrol at one UK university campus spotted two men struggling with something on the ground.

A closer look revealed that they had a cash register – apparently ripped from a shop counter – which they were trying to break open. One of them was armed with a 30cm-plus serrated-edge knife.

The officer couldn’t know it at the time but one of the men had just stabbed the shop-keeper’s son, severely injuring him and almost severing one of his fingers.

The campus officer kept watch from a safe distance and alerted colleagues in the control room – who tracked events on CCTV and called the police.

The incident was handled with admirable professionalism. Thanks to timely action and the preservation of evidence, the robbers were sentenced this year to a total of 18 years in prison. The security officers have been nominated for a police award.

The incident illustrates one of the particular challenges faced by campus security teams.

But the absence of a hard perimeter means greater risks.

Many campuses are in town-centre locations (or not far removed from them) and often they operate, at least in part, 24/7.

Helping to manage these challenges, security teams are equipping themselves with the sort of advanced command and control capabilities used by the police and other agencies. Using technologies such as SafeZone, from CriticalArc, teams are establishing better command and control functionality with the ability to view the availability and location of first responders, coordinate a response, confirm actions have been taken and use mass and geo-targeted communications to provide updates – all in real time

In the US, of course, many campuses have their own dedicated police departments. Here, there is continuing concern about the sharp increase in mass shootings over the past two decades and – with a political solution apparently no closer – it’s a problem that US security managers have to plan for.

In April 2018 for example, employees at YouTube’s corporate campus in California had to run for their lives when a disgruntled woman shot three people in a courtyard before killing herself.

Faced with such challenges, rapid attendance by responding officers is crucial – seconds can save lives, as CriticalArc points out.

In July, part of Facebook’s Silicon Valley campus was evacuated over fears of a sarin attack by post and last December another evacuation was triggered by a bomb threat.

Elsewhere globally, even though attacks remain rare they have to be planned for – along with fires, accidents and major incidents that demand a well-coordinated response.

For campus security departments day-to-day issues also have to be managed and for security teams this can include everything from tackling anti-social behaviour to acting as ‘brand ambassadors’ providing a friendly welcome to new arrivals.

Increasingly, too, campus security departments are being asked to extend the protection they give and help keep their populations safe out in the wider community and even when travelling abroad.

Here we look at how some leading campus security teams are pioneering new approaches to meeting these challenges.

Heriot-Watt University has five campuses, three in Scotland, one in Dubai and one in Malaysia. It was awarded International University of the Year status by The Times and Sunday Times Good University Guide 2018.

This achievement is in part down to the success of the security operation, which is led by Les Allan.

He says Heriot-Watt’s challenge is to provide the same level of student and staff safety – a positive ‘customer care’ experience – across all locations.

“We’ve aimed to create a unified experience across all our sites – a high level of protection and care for our whole community, students and staff, wherever they are.”

Travel is an increasingly important part of life for the university, just as it is for enterprise firms he says, with undergraduates now having the option of spending their third years at any of the campuses. Staff and post-graduate students also carry out research in over 127 countries, which means that at any one time, the university can have up to 2000 students and staff travelling across the globe.

Against this background, in 2016 the Heriot-Watt senior team embarked on a strategic review, looking to modernise all aspects of their security operation and to equip officers with new tools to help with an expanding remit.

This led to a series of new measures including: a wholesale reorganisation of staff structure and training and the creation of a restyled ‘SafeGuarding’ team; new CCTV and access control systems; updated fire and security alarm infrastructure; new ANPR camera systems; and implementation of a centralised, global command and control system with targeted mass communications capability, called SafeZone.

The SafeZone service, from CriticalArc, was introduced by Heriot-Watt in August 2017, providing an instant link between students, staff and other users, and the security control room.

It is now live at all five campuses and is in constant use supporting the university community – allowing officers to respond up to five times faster than before to deliver emergency assistance regardless of location.

“We pushed heavily to have real time asset positioning of our SafeGuarding responders, to ensure that we had the best possible responses to any activations,” explains Les Allan. “This would also give us the added benefit of positioning of our officers for their own protection in lone worker situations.  We can now have responders at the locus of any alerts within four minutes – prior to SafeZone our response times in finding the individual in need of help could have extended up to 20 minutes.”

Heriot-Watt has also integrated SafeZone with its Shield management system so that all activations are recorded and notified to the management team. The data can be analysed and used for statistical returns and to evaluate deployment of resources.

The value of the new service has been seen repeatedly, says Les Allan, with advice and assistance provided to students not just at the five campuses, but also those working on university business at other locations. For example, during the 2018 terrorist attack in Strasbourg, Heriot-Watt students in the city were alerted using SafeZone and given advice to help them keep safe.

Indoor positioning improves safety for employees and the community

For Laurence Perkins, Head of Security at the University of Leicester, indoor positioning technology is a crucial addition to his team’s capabilities.

With three tower blocks on his campus, including an 18-storey building and a library operating 24/7, their new ability to locate people faster is potentially lifesaving.

“In the event of a medical emergency, with a lone worker for example, our officers can now identify exactly where that person is when they call for help – not just the building, but the floor, wing and room, so our security control team can see the exact location of the closest responder and provide assistance faster.”

With Leicester University’s officers providing 24/7 365 protection, the team has been restructured with a move to bring the service fully in-house with the provision of additional first aid training and equipment to include personal first aid kits.

Indoor positioning functionality is seen as a vital element of this enhanced health & safety provision and, looking to the future, Laurence Perkins expects it to be included as standard with all new large buildings on the campus.

For campus security teams dealing with challenges such as extensive, complex geographical sites, this improved situational awareness and command and control capability can make a vital difference, he says.

Russ Huxtable, Head of Resilience and Business Continuity at Swansea University, says another common challenge for campus security planners is the deployment of resources and the control of risks during major events.

His officers at Swansea University deal with events ranging from politically sensitive conferences to VIP dinners. They are also charged with providing security for the UK’s biggest inter-university sporting event, the annual Swansea-Cardiff Varsity, which is attended by tens of thousands of students.

His control room team and patrol officers use OmniGuard – part of the SafeZone solution – to enable real-time dispatch and response co-ordination of officers and support staff, and to make two-way communications more effective.

“It lets us direct the right response to the right incident. And if we’ve got multiple incidents going on at the same time, we can see them all and prioritise.”

He describes the SafeZone technology – and the situational awareness it makes possible during major events – as “a fundamental part” of his team’s response mechanism.

“You can’t command and control without this kind of situational awareness.”

And just as at Leicester and Heriot-Watt, the Swansea team is putting effort into creating a more positive experience for campus users. For example, they are using their new technology to provide information about late night buses to and from various facilities – not only reducing risks but providing people with a valuable service.

In the future it would be very logical for these services to be extended to users beyond the campus, says Russ Huxtable.

For example, he suggests that local schools could benefit from the sort of protection during trips abroad that the university students already enjoy with SafeZone.

Many campus security teams, he says, are well placed to help improve security and safety in the wider communities beyond their boundaries.

Making efficient use of resources benefits the wider community

This is certainly the experience at Teesside University. The prosperity of the campus is important to the wider Middlesbrough community where it is, today, the largest employer.

Success at Teesside University can be measured in a 19% reduction in reported crime on campus last year, and an 80% reduction in trespassing, despite no drop in crime in the surrounding area and this being proportionally one of the country’s smallest security teams.

As significant as the reductions in crime is the fact that students and staff at Teesside report feeling safer. In today’s fierce global competition to attract international students confidence, and reported positive experiences, are vital.

Claire Humble has also focused on a combination of new technology, renewed focus on customer service, improved training and a reorganisation of the security team structure.

Additional team leader positions have been created, the team is now fully in-house and all officers are now SIA qualified up to supervisor level.

PA-enabled CCTV has been installed at hot-spot locations and new access control has been fitted at all building entrances.

At Teesside, all students and staff are now encouraged to use the SafeZone service and a record two thousand-plus have so far done so.

The result, says Claire Humble, is not just that her security team can now get to where they are needed more quickly, but that positive engagement has improved significantly between her officers and the community that they protect.

For her, it’s a perfect balance to strike – security is now more visible and more approachable.

It’s clear that today’s universities are investing in, and leveraging, a wide variety of new technologies to help them deal with many of the same challenges that major corporates face on their own campuses – and in doing so they are setting new standards in duty of care, risk reduction and safeguarding their institutional brands.

This article was published in the September edition of International Security Journal. Pick up your FREE digital copy here: https://internationalsecurityjournal.com/digital-magazine/