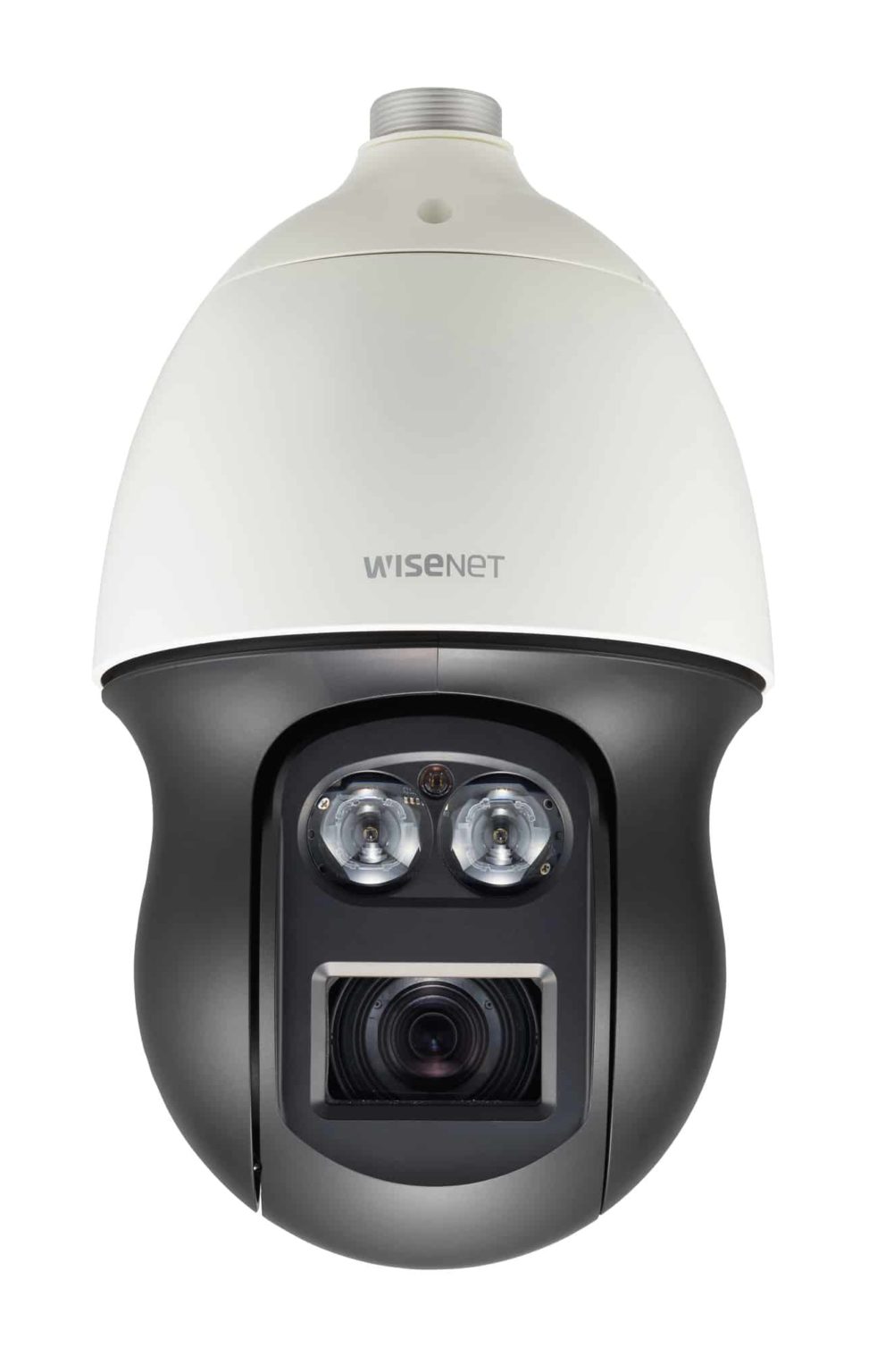 With a 55x optical zoom, a Gyro sensor for accurate stabilisation in windy conditions, optical ‘Defog’ and built-in IR LEDs to capture high definition images at night at a distance of up to 500 metres, the Wisenet XNP-6550RH can surely lay claims to have set a new standard for PTZ cameras designed for perimeter protection and large open area applications.

“This is one of those cameras whose performance needs to be seen to be believed. The superior optical Defog feature built into the Wisenet XNP-6550RH is particularly impressive. Unique to Hanwha Techwin, Defog involves the use of an optical low pass filter which is able to accept a higher light range in front of the camera’s image sensor in order to reduce the influence of fog.

“The ability to capture clear, sharp images in daytime conditions that enables faces to be recognised up to 170 metres from the camera, also deserves a special mention.”

The Wisenet XNP-6550RH, which is IP66 and IK10 rated for vandal-resistance and outdoor use in harsh environments, utilises progressive scan technology to provide sharp edges on moving subjects and vehicles.

An auto-tracking feature allows operators to monitor the movement of people or vehicles whilst remaining hands-free, to control other cameras and the Wisenet XNP-6550RH is also able to ‘hand-over’ to cameras covering adjacent areas.

The Wisenet XNP-6550RH allows multiple streams of images to be transmitted at a variety of frame rates and resolutions to any PC on the network or other devices such as smartphones and tablets. Utilisation of H.265 compression minimises latency, making the manual tracking of moving objects simple and straightforward. It also features WiseStream II, a complementary compression technology which dynamically controls encoding, balancing quality and compression according to movement in the image. Bandwidth efficiency is improved by up to 99% compared to current H.264 technology when WiseStream II is combined with H.265 compression.

The ability to store up to 256GB of data via two SD/SDHC/SDXC memory slots incorporated into the Wisenet XNP-6550RH, ensures video is automatically recorded in the event of network disruption.