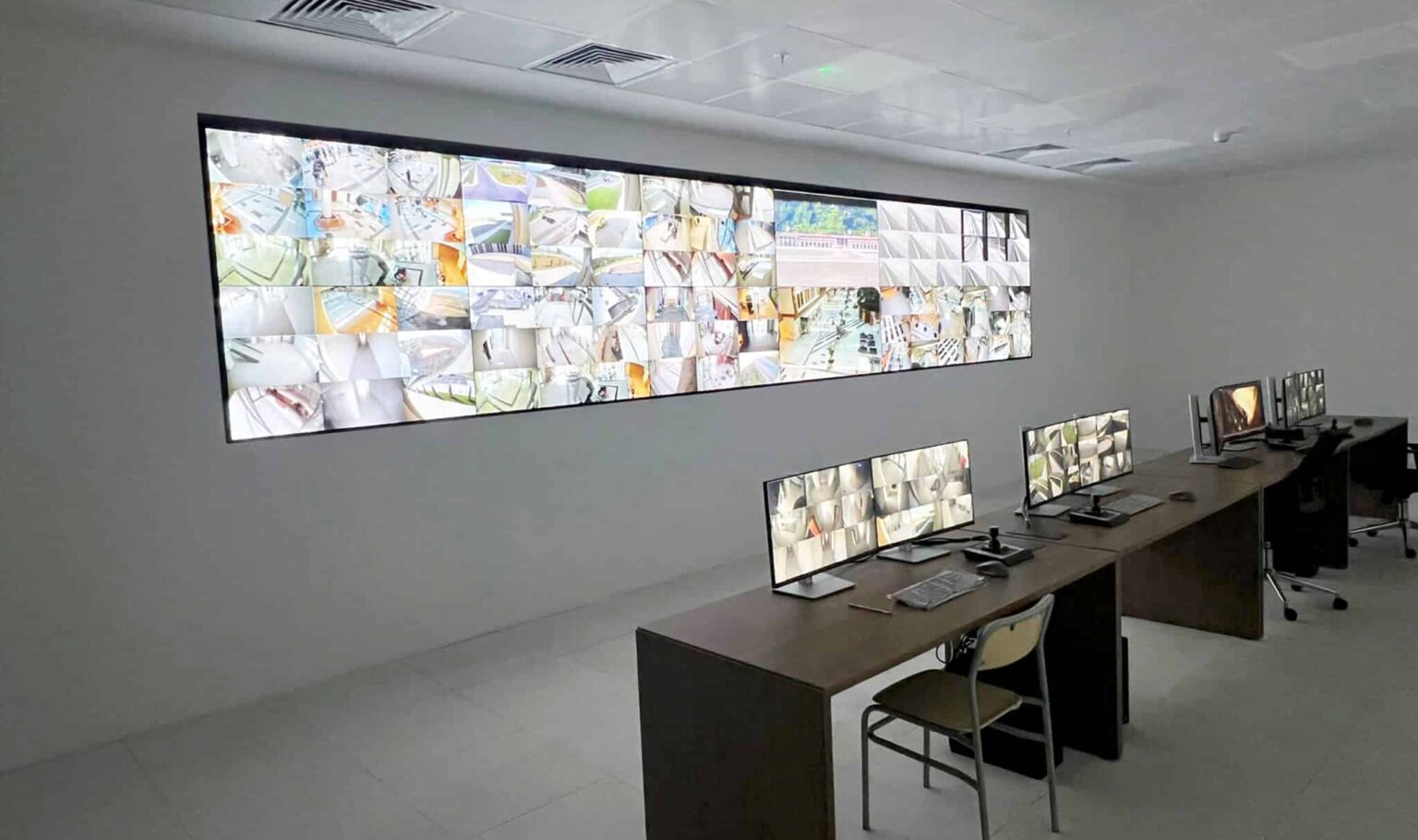 Rize–Artvin Airport is based off the coast of Rize Province, northeastern Turkey. It is a commercial airport serving primarily Turkish Airlines, AnadoluJet and Pegasus Airlines. The airport was constructed on ground reclaimed from the Black Sea. It is expected to serve around two million passengers annually once travel returns to pre-pandemic levels.

Protecting buildings, the runway and people

Mubin Cakmak, CEO of system integrator Bes Teknoloji, explained: “The safety of passengers and staff is vital to the airport experience. Recognising this, the Rize–Artvin Airport security team wanted to install a comprehensive and reliable video surveillance solution that also worked seamlessly with access control, perimeter protection and the announcements system.”

Why Wisenet was chosen

The airport building covers an area of 48,000 sq ft with a 3,000m runway. As is the case with all airports, the scale and range of different areas to protect increases the complexity of the surveillance needed. Not only does the airport security team need to monitor for any suspicious behaviour or trespassing, but they also have to be aware of left baggage, vandalism and equipment tampering, missing children and theft or other crimes.

Wisenet cameras were chosen due to their additional analytics capabilities including directional detection, virtual line, tampering functions, Appear/Disappear and Enter/Exit. This provides operators with greater contextual awareness of everything happening on-site. With Wisenet, the airport gained an end-to-end security system with access control, emergency announcements, public announcements and fire detection all integrated with video.

As Cakmak adds, “Advanced analytics is becoming more important for security teams today as a way to add contextual information to improve responses, proactively manage security and respond to events quickly. Alerts are sent to operators based on pre-set rules, so they can rest assured that the system is continuously monitoring for any threats while they can get on with other tasks.”

A range of cameras installed

The cameras run on the Milestone XProtect VMS and are integrated with the airport’s fire alarm and access control systems.

The main control room receives video feeds and other insights 24/7, with additional access to the surveillance system via monitors placed inside the airport building, enabling the security team to see video footage without having to return to the control room.

Starting from outside the airport site, a multi-level security system was created that requires security verification at every crossing point, runway, elevators and counters. This, coupled with line crossing analytics (that detects potential trespassing via cameras positioned around the runway) is improving flight safety by preventing unauthorised runway access. This is complemented with thermal cameras that detect people moving on the runway in low light conditions.

The system has a five year warranty as integrator Bes Teknoloji is a Hanwha Techwin STEP partner. Installation took place over 16 months, beginning in February 2021 and completing in June 2022.