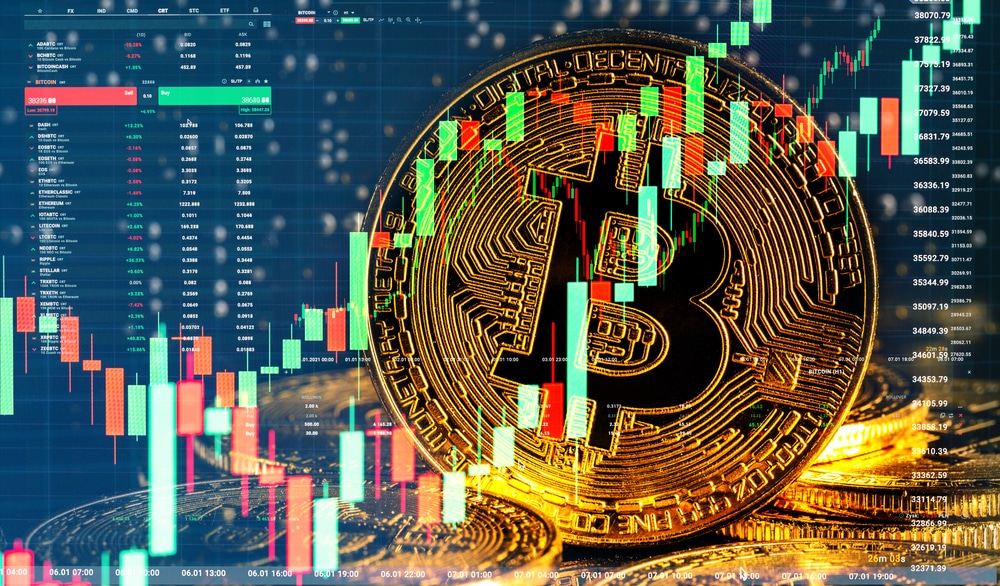 Cryptocurrency has been revolutionising finance since Bitcoin launched in 2009. The first crypto ever created has become the most valuable of the thousands of options currently in circulation. What are the real risks connected to cryptocurrency, though?

Those interested in owning or investing in Bitcoin should know a few things before putting their money into this digital currency. Bitcoin’s risks have been hotly debated on the public forum in recent years, leading to controversy and doubts. Here are the top five threats.

Many fans of Bitcoin see its decentralisation as a benefit. No one government, bank or organisation controls its value. It runs on blockchain, which is effectively managed by millions of individuals worldwide. However, it does not get a free pass on government oversight just because it’s a decentralised currency.

Recently, governments have been exercising more regulations over Bitcoin and other cryptocurrencies. One major hit to Bitcoin was widespread bans on cryptocurrency mining in China in mid-2021. This was followed by the People’s Bank of China urging financial institutions to cut off business with cryptocurrency companies. Government regulations like this can cripple Bitcoin since it relies heavily on mining operations, which verify blockchain transactions and essentially protect its value.

People have begun to question the impact cryptocurrencies have on the environment. This may sound strange given that Bitcoin is a fully digital currency. However, crypto mining to verify blockchain transactions demands incredible amounts of computing power. These energy needs depend on fossil fuels and are seen by many as a waste of valuable energy resources.

This issue surged to the forefront of public discussion in May 2021. Elon Musk, the Commander-in-Chief of tech-savvy car company Tesla Motors, abruptly ended Tesla’s acceptance of Bitcoin as a form of payment. This followed Musk’s initial investment of US$1.5 billion in the currency. He cited environmental concerns as his main motivation for cutting off Tesla’s support and Bitcoin stock plummeted as a result.

A key takeaway from all the risks associated with Bitcoin is its sheer volatility. Investing is like gambling since any number of completely unpredictable factors can impact its value. To continue the above example, Bitcoin stock skyrocketed when Elon Musk initially announced on Twitter that he would be investing in it. Things like this have an outsized influence on crypto.

The implied volatility of Bitcoin has been incredibly staggered over the last year. This makes it riskier for investors to put their money into as opposed to traditional stocks because it is virtually impossible to predict the tidal wave changes in value. Everything from tax laws to hacking and celebrity support can trigger rapid market booms or crashes. While this means Bitcoin can suddenly become extremely valuable, it can also suddenly crash to, theoretically, zero.

One of the most commonly questioned risks of Bitcoin is lack of security. These fears are based largely on the mysterious nature of cryptocurrencies, which were often seen early on as the currency of hackers. However, experts have argued that Bitcoin and other blockchain cryptos are actually more secure than most banks. Public and private keys help protect individuals’ privacy when making transactions. The public, decentralised nature of blockchain helps boost transparency, as well.

Nonetheless, security is still a major risk. When hacking incidents do occur, they often result in losses of hundreds of millions of dollars. Attacks can happen at various transaction points, from investing sites and apps to individuals’ personal wallets. Additionally, since Bitcoin only exists virtually, loss of electricity or internet connection renders it impossible to use.

A final risk to consider with Bitcoin is what it can actually be used for. While it’s certainly paving the way in crypto and more businesses are accepting it, the future remains uncertain. Only around 15,000 businesses worldwide take Bitcoin as a form of payment. This limited range for everyday transactions limits its functionality. In some ways it acts more like a middleman, where owners must sell their Bitcoin to get any real-world money out of it.

The volatility also complicates exchange rates, which will only increase the wariness of businesses. Only time will tell if Bitcoin will become a mainstream payment method, which poses a layer of risk for those hoping to own and use crypto.

While the risks of Bitcoin are by no means roadblocks to investing, they do make it a more unpredictable asset than other investments. Interested parties need to carefully consider the risks associated with it and what they hope to get out of crypto. It may be a smart investment for those making long-term bets. However, Bitcoin owners and users should approach the currency of the future with caution.