Exclusive: The role of facial recognition in policing 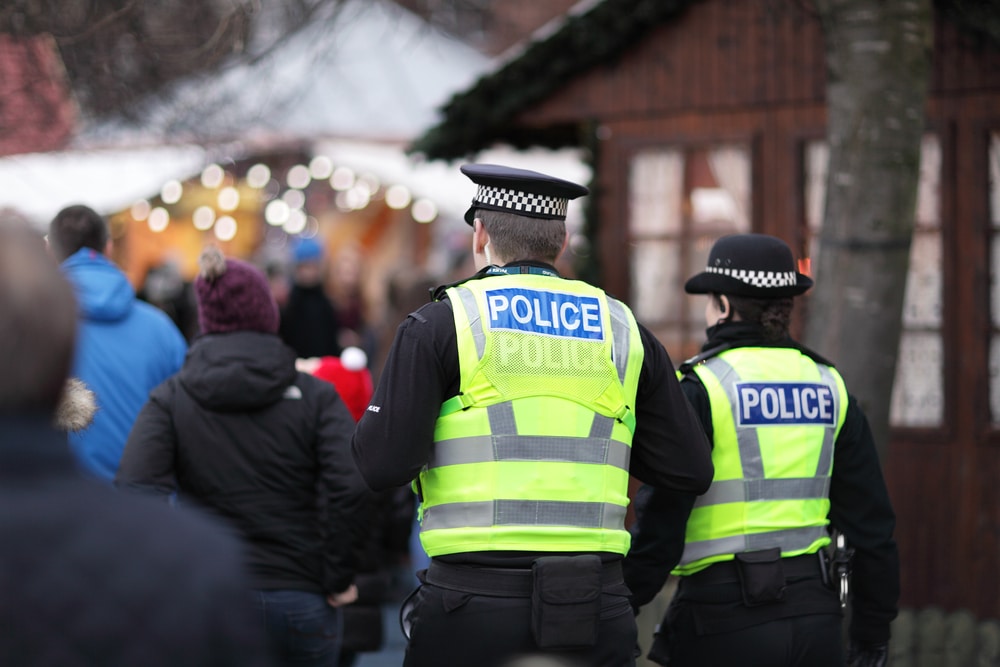 The widespread presence of facial recognition technologies in mobile devices, retail outlets and transport and commercial spaces has undoubtedly advanced over the past decade. Despite being so commonplace in our social infrastructure however, the ethical and moral implications surrounding these applications has become a topic of considerable debate from a policing perspective. In fact, according to a YouGov poll conducted in August 2021, although 38% of adults based in Great Britain somewhat support the use of facial recognition technology by the police in public spaces, a combined 27% remain somewhat and strongly opposed, with a further 15% unsure.

Subsequently, as anticipation builds for the Global MSC Security Conference and Exhibition, International Security Journal sat down with Professor Martin Innes, Director of Cardiff University’s Crime and Security Research Institute to discuss the role of these technologies in police investigations and identifying suspects as well as the ethical questions that surround its public use.

One of the most problematic factors for authorities as they trial the implementation of facial recognition technologies is striking the right balance between security and liberty. Although the research undertaken by Innes and the University’s Institute highlighted the benefits that these technologies offer police, it also indicates a growing need to ask more questions about what the trade-off is in regard to maintaining the privacy of members of the public.

“A lot of the public debate is around ‘live’ facial recognition technology, such as cameras scanning the streets. However, an equally important and interesting use of this technology is retrospective facial recognition – this involves taking images from crime scenes, where no suspect has been identified through other lines of investigative police inquiry and then running images against a database using facial recognition algorithms to see if a match can be found.

“This has got a lot less attention in the public debate, but we have found this to be particularly interesting and potentially offers a greater yield and benefit to police investigations. I think facial recognition does work and I do think it has benefits to policing. Now I think we have established that, we can have a legitimate conversation about the regulatory and ethical principles surrounding its application.”

Some of the key takeaways from the research – which is the world’s first independent evaluation of how facial recognition can be used to support policing – are centred on the value of such applications and the interactions between social and technological components. Innes adds: “When the roll-out started, there was a slightly naïve assumption that we would get this kit, plug it in, the machine would go ‘ping’ and we would identify some persons of interest – it proved to be a lot more complex than that on a number of fronts.

“The quality of the images that you input into the system is really, really important to driving the performance of this technology overall. The idea that you can take any old photo and throw it through is not correct – you will get huge amounts of false positive matches by doing this. Therefore, the police images taken in custody suites needed to be improved.

“In addition to this, it became evident that these technologies could be applied to finding missing persons and vulnerable people. This raises a lot of different conversations which need to be had with the public. When the trial started, this technology was being referred to as automated facial recognition. It is in fact, particularly in a street policing context, assisted facial recognition. The algorithm is making a set of recommendations to the operator, but it is the operator who is absolutely critical in making a judgement on whether there is or is not a match.”

Innes will be speaking at the Global MSC Security Conference and Exhibition event alongside the new Commissioner for the Retention and Use of Biometric Material and Surveillance Camera Commissioner, Professor Fraser Sampson and Philip Ingram MBE. As well as assessing the role of this technology in policing, Innes explains that discussions surrounding ethnic biases in these algorithms will be a major talking point: “There are concerns about ethnic biases built into facial recognition algorithms, there is some evidence to substantiate this which suggests there is an effect on the performance of the system – albeit it may not be a big effect.

“When you talk about policing, there is plenty of evidence to say that police decision making, when done by humans, is not done without biases and individual level interpretations. I think there is a wider set of debates relating to how facial recognition is proliferating and diversifying. There are some really interesting questions to be posed looking at to what extent public authorities need to be held to the same or different expected standards.”

The Global MSC Security Conference and Exhibition takes place on Tuesday 19 October 2021 at The Bristol Hotel in Bristol City Centre, from 9am until 3.30pm. Registration is open now: www.globalmsc.net/seminars.

The event is sponsored by Genetec, Synectics, Bosch, 360 Vision, Milestone and DSSL Group, with International Security Journal and Security Journal UK as Media Partners. The chosen charity for this year is Meningitis Now.