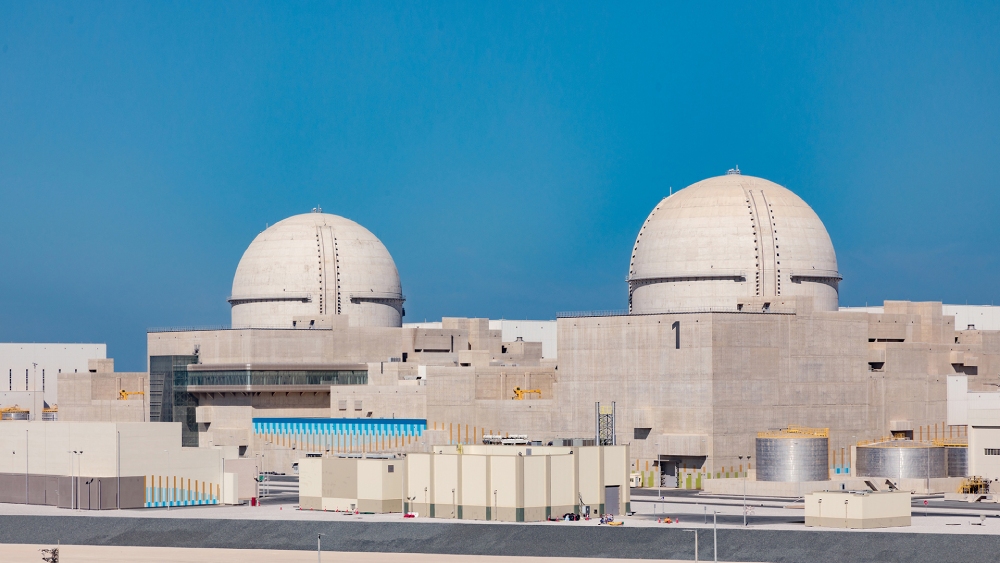 Falcon Eye Drones (FEDS) has underscored the importance of drones in increasing workplace safety while speeding up inspection measures to unlock the full potential of the Arab world’s sole Peaceful Nuclear Energy Programme—the Barakah Nuclear Energy Plant in Abu Dhabi—that aims to generate clean electricity in the next 60 years.

Hailing the launch of the UAE’s nuclear power plant, Rabih Bou Rashid, CEO of FEDS, said that drones can help ensure the gold standards of safety and reliability of the country’s US$32 billion power plant, which is expected to offset approximately 21 million tonnes of greenhouse gas emissions a year, or equivalent to removing 3.2 million cars from the country’s roads annually.

“The Barakah Nuclear Energy Plant is a significant step towards the UAE’s vision to deliver a new source of clean energy. It is a pioneering project that targets to deliver up to a quarter of the nation’s electricity needs, becoming a true milestone for this forward-thinking nation,” said Bou Rashid.

He noted that as the UAE remains committed to thrust science and technology, it is likely that it will employ only top-of-the-line technology, such as drones, in protecting and maintaining this Arab world’s pride.

Providing a clear insight about how drone applications are now being utilised in the nuclear industry today, the CEO said that drones play a vital role in site condition monitoring on nuclear sites across the globe because of its wide scope of advantages over these ground-based technologies.

An eye for safety

With the drones’ ability to inspect confined spaces and areas beyond the human’s line of sight, FEDS said these unmanned utility vehicles (UAVs) can perform flawless assessments and capture crucial data in nuclear power plants without putting the workforce in harm’s way.

Prior to drones, Bou Rashid said surveying nuclear power plants required workers to don heavy anti-contamination suits. They also need to bring a radiation monitor—which exposes them to 250 millirem of radiation (around 10% of the limit for radiation exposure yearly).

“Since drones are immune to radiation, inspectors can employ them to gather superior data—even around the most inaccessible spaces—without exposing workers to unnecessary dangers,” said Bou Rashid.

Recently, Swiss drone manufacturing company, Flyability used its collision-resistant drones—Elios 2—in an annual survey of the tank rooms at a nuclear power plant, capturing every edge of the area without the need for any human intervention.

The application of drones in the nuclear power sector has also been accelerated by the accident at Fukushima Daiichi Power Plant in 2011. Drones allowed them to get a clear picture of the situation, as well as trace the changes in the reactors’ isotopic distribution.

Flyability’s data added that drones are now utilised in over 30% of all of the nuclear power plants in the US. These UAVs are deployed regularly to prevent sending workers to physical inspections in radioactive environments, thereby increasing workplace safety.

In Norway, meanwhile, drone pilot Lieutenant Bård Alexander Raunlid said that they have entered a cooperation with the country’s Radiation and Nuclear Safety Authority in 2019 to utilise drone-based radiation detectors on Coast Guard vessels.

Bou Rashid said that drones’ capacity to comprehensively post-process data can play a crucial role in completing the set-up and maintaining the operations of the Barakah Nuclear Energy Plant in the most cost-efficient way possible.

“UAVs provide a first-hand full perspective of the site that was previously unrealistic to obtain, as well as help inspectors identify any potential deviations that could, in the future, dent its budget and even pose dangers to workers,” he said.

The CEO also underscored how drones can record areas using photogrammetry, allowing inspectors to view the nuclear site from different angles. He added that the information captured by drones can also be used to build information models and even virtual reality systems to help inspectors truly immerse in the data.

Bou Rashid also noted that the accurate data-gathering features of drones can cut time wastage by 18.4%.

In the assessment done by Elios 2 at DSRL nuclear site, the time spent for tank inspection was drastically downsized from 1.5 hours to 15 minutes, he explained.

Meanwhile, Ontario Power Generation, dubbed as Canada’s largest clean energy project, decided to obtain a fleet of 18 drones in 2018 following their first aerial survey success in 2015. “With that acquisition, they got 100% photo record of the site through drones, which they have referred to many times since. This has saved them time from the traditional methods that involved a construction of a tall crane,” Bou Rashid said.

He believes that through the adoption of parallel technology, the Barakah Nuclear Energy Plant will undoubtedly achieve its fullest potential and goals of providing sustainable electricity source.

“As the UAE once again sets the bar high in modern science through Barakah Nuclear Energy Plant, drones will be vital to the leaders’ objective of providing clean energy and commercially competitive option which could make a significant contribution to the UAE’s economy and future energy security,” said the FEDS CEO.