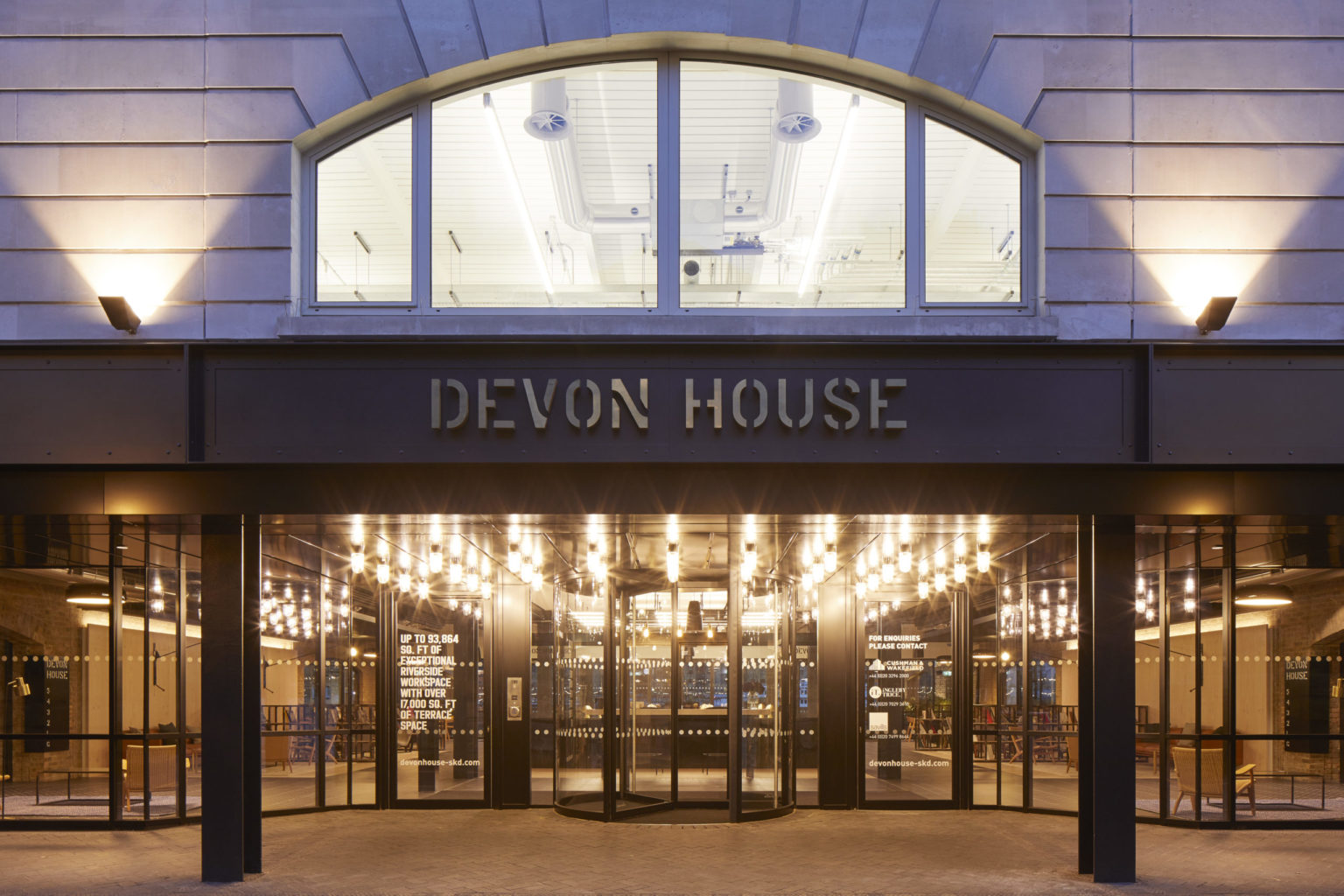 Boon Edam Inc., a global provider of security entrances and architectural revolving doors, has announced that Devon House at St. Katharine Docks, an office building in London’s East Side, has installed a unique TQM manual revolving door at the main entrance, in addition to two arrays of Speedlane Swing optical turnstiles, to increase lobby security.

Devon House is an exceptional riverside workspace. Originally built in 1989 as part of an historic redevelopment by an Act of Parliament, Devon House has over 48,000 sq. ft. of office space, as well as a dedicated on-site café, coworking hub, riverside courtyard and 97 bike spaces. The building is surrounded by shops, restaurants and bars and has direct transport links close by.

In the spring of 2019, a full refurbishment was completed, both internally and externally, that included a brand new reception space. The new lobby is now an open social space, echoing the relaxed atmosphere of a coffee shop while taking in the expansive views of the riverside. It also serves as a coworking hub outfitted with several tables and chairs to be easily accessible to both employees and visitors.

Upgrading the main entrance with a unique revolving door

The renowned architect working on the Devon House project, Stiff and Trevillion, specified a manual revolving door for the main entrance, but requested a special design: they chose to merge the characteristics of two doors – the Boon Edam TQM and the all-glass Crystal TQ. The door’s sidewalls and wings would be metal-framed with aluminum, but there would be no metal canopy: only an 18mm thick, slender and transparent all-glass ceiling, allowing light to flow in through the entrance unimpeded.

Designers for Devon House decided on optical turnstiles to control access in the lobby and deter tailgating attempts. They allowed building capacity to dictate the number of lanes that would be needed, using a calculation that considered both the total capacity and traffic changes during peak times of the day, such as the morning and evening rushes and bi-directional traffic during lunchtime. In addition, wide lanes were placed on each side of the reception desk to accommodate disabled access. Once the quantity was decided, focus shifted to design. The Speedlane Swing optical turnstiles were chosen for their slim cabinet design and swinging barriers and customised with a black powder coated finish to match the lobby’s décor.

Today the building is fully operational and Boon Edam looks forward to working with Stiff and Trevillion on future projects.