Shining a light on the impact of Adaptive IR illumination 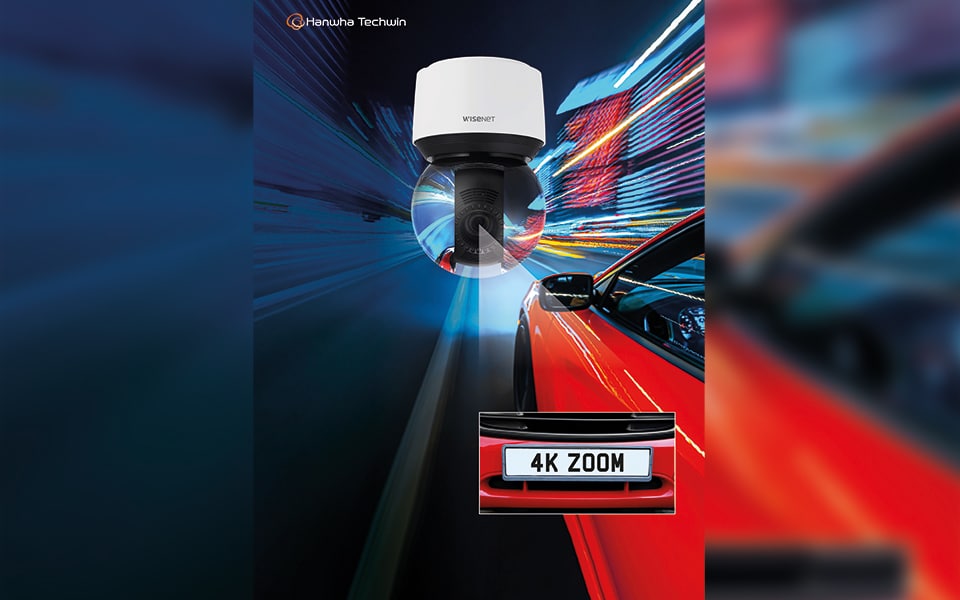 Uri Guterman, Head of Product & Marketing for Hanwha Techwin Europe, provides an overview of the contribution IR Illumination can make to the effectiveness of a video surveillance system.

Video surveillance cameras need light to capture high quality images 24 hours a day. In times gone by, this meant supplementary lighting had to be installed to ensure cameras could operate effectively in low light and night-time conditions. The cost of doing so could be prohibitive if civil engineering work was required for cabling purposes. Light pollution could also be an issue for local authorities in terms of people complaining about its impact in residential areas.

As often has been the case, technology came to the rescue in the form of infra-red (IR) illumination. Unlike our eyes, which can only detect white light within 400 to 700 nanometres (approx.) wavelengths, IR light at 850 nanometres can assist cameras to capture high quality monochrome images in what human beings would consider to be complete darkness.

Earlier generations of the IR illumination were in the form of incandescent IR lights, which were expensive to buy and were power hungry, as well as having a very limited lifespan. More recently, cameras have been equipped with LED IR illuminators which are much more energy efficient and reliable. With the IR light emitted invisible to the human eye, they offer the additional benefit of control room operators being able to direct security guards to the scene or report the suspicious activity to police, without the intruders being aware they have been detected.

The big breakthrough in terms of delivering light to enable cameras to capture clear, sharp images at night has come from the development of Adaptive IR illumination. This, as the name suggests, adjusts the angle of the camera’s IR LEDs to match the level of zoom and as such, the IR illumination can be concentrated on objects up to a distance of 200 metres.

Cameras with Adaptive IR illumination introduced by manufacturers such as Hanwha Techwin, use three sets of IR LEDs which are calibrated to ensure near, medium distance and far away objects, such as people and vehicle number plates, are sufficiently illuminated. In doing so, they offer a highly effective, as well as energy efficient and eco-friendly way to ensure video surveillance cameras are able to perform to the best of their abilities, regardless of the lighting conditions.

Do you have some questions about IR illumination? Email Uri Guterman at [email protected]