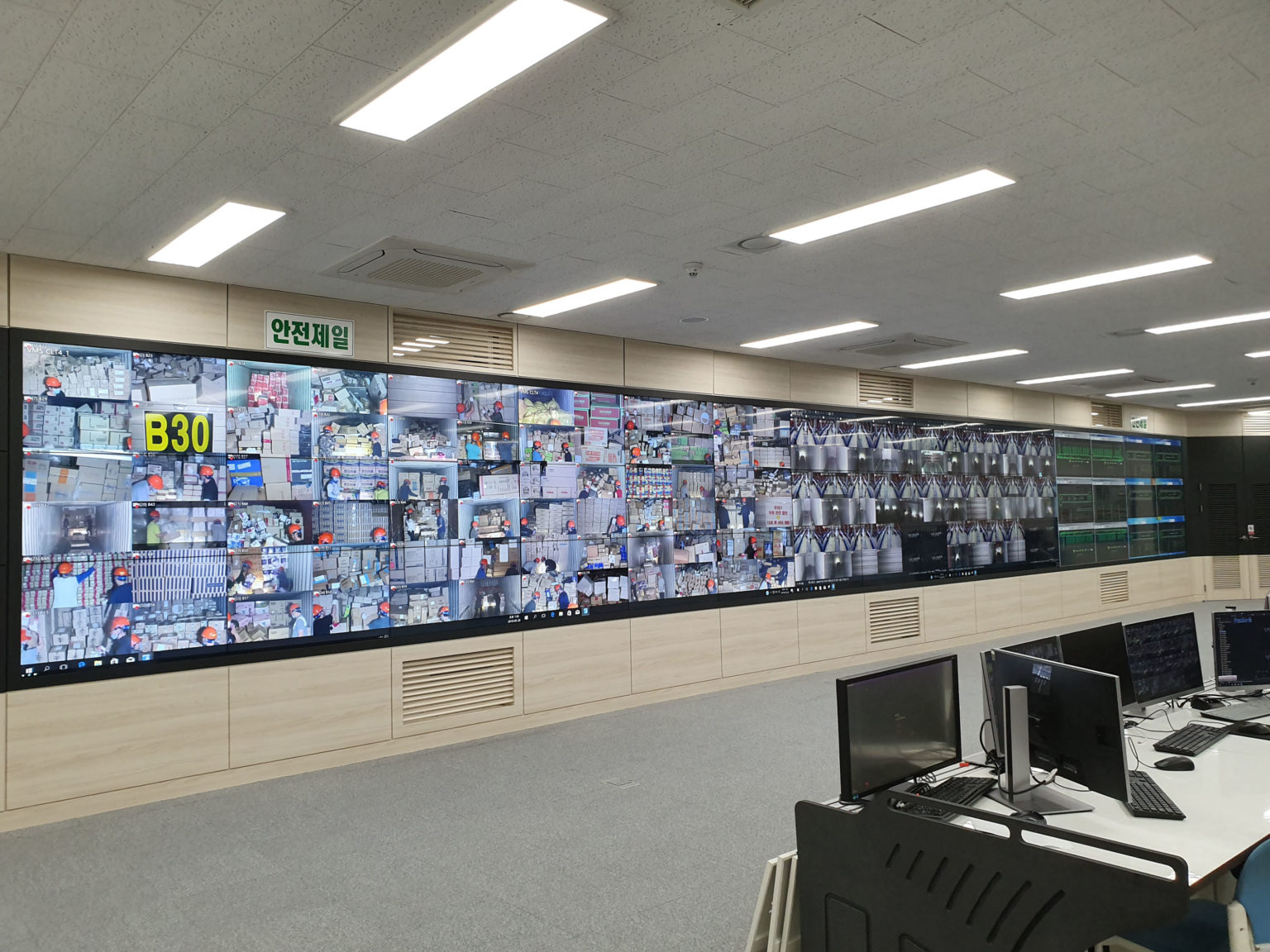 Over 1,600 Wisenet cameras manufactured by Hanwha Techwin have been installed at Asia’s largest mega hub terminal in order to help operators monitor the movement of parcels and vehicles, as well as keep employees and visitors safe.

With its nine decades of endless innovation, Korea’s No.1 logistics service provider, CJ Logistics, is leaping forward to become a global leader by expanding its global networks to over 94 locations and entering the Thailand, Malaysia, China and Philippines markets.

In June 2018, CJ Logistics opened Asia’s largest mega hub terminal in Gonjiam, Gyeonggi-do, South Korea. The terminal, which comprises two buildings with four floors above ground and two underground, occupies approximately 300,000sq metres, almost the size of 40 football stadiums. The total length of the facility’s conveyer belts is almost 43km, which is as long as a full-course marathon. The terminal also has a state-of-the-art automation system, the first of its kind in Korea, which has increased the company’s daily handling capacity to 1.72 million parcels, four times higher than its competitors.

CJ Logistics looked for a top-notch video surveillance solution which could match the terminal’s grand scale and the technically advanced automated facilities.

After testing cameras from different manufacturers in the market, CJ Logistics chose Hanwha Techwin as its supply partner and has subsequently installed around 1,660 Wisenet cameras throughout the terminal. Wisenet X series IR PTZ cameras have been installed along the building exteriors, providing periphery monitoring 24/7 and auto tracking that enables precise monitoring across long distances, while IR illumination provides visibility even at night. Inside the buildings, around 1,400 Hanwha Techwin Wisenet Q series cameras were installed on the terminal’s ceilings and walls. The cameras are able to help detect any problems occurring to the automated conveyer systems which have a constant flow of parcels on them. They also oversee the movement of over 1,500 vehicles in and around the terminal and help create a safe working environment.

Wisenet X series bullet cameras, running license plate recognition (ANPR) software onboard, have been installed at the main gate of the terminal to enhance security at the entrances and exits, providing highly accurate recognition of license plates. These cameras enable effective vehicle monitoring within the terminal where cargo moves in and out around the clock and are particularly useful in monitoring the main entrance.

Wisenet X series bullet and PTZ cameras have been installed at indoor staircases and corridors of the office building. Both camera types are equipped with 12x optical zoom and the world’s best 150dB Wide Dynamic Range (WDR) which ensures clear images are captured from scenes that contain a challenging mix of bright and dark areas, normally causing overexposed or underexposed images.

As part of the Wisenet X series, these cameras feature intelligent video analytics and offer movement, loitering and intrusion detection. They are also equipped with audio analysis functionality which recognises critical sounds such as gunshots, explosions, screams and broken glass.

“Thanks to the Hanwha Techwin’s Wisenet security solution, we were able to build a safe video surveillance system that can match the size and the cutting-edge facilities of Asia’s largest logistics terminal,” said an official at CJ Logistics. “Now we can safeguard every corner of our terminal including vehicles, parcels and personnel, not to mention indoor and outdoor spaces.”