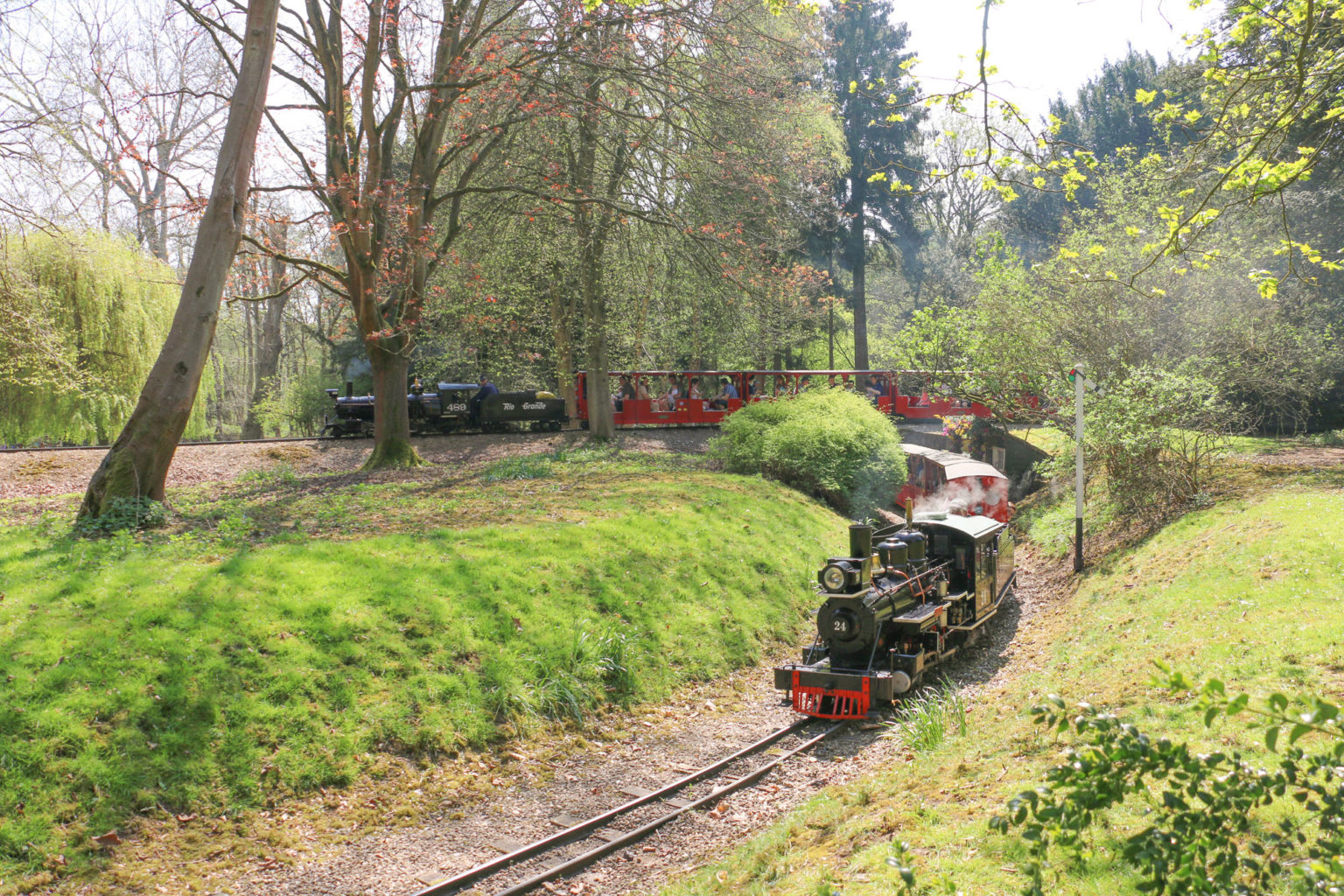 A Wisenet video surveillance system manufactured by Hanwha Techwin is being used to its full potential by the operators of the Audley End Miniature Railway in order to ensure that the 100,000 plus people who visit the Railway every year are able to safely enjoy all its facilities.

Located close to Audley End House in Saffron Walden, Essex, the Miniature Railway was built in 1964 by the then Lord Braybrooke as a hobby. It has since become a major tourist attraction with train enthusiasts able to enjoy steam and diesel train rides through the beautiful Audley End Estate Woodland designed by Capability Brown, whilst young visitors can venture through a ‘Fairy and Elf’ walk.

Originally installed as a replacement for an old analogue CCTV system following a number of security incidents, the new IP network based Wisenet system is now also being used to keep a close eye on the trains moving around the 2.4 kilometre track and visitor car parking areas. In addition, it is also helping with the management of the queues of people waiting to buy tickets and to ensure compliance with Health & Safety regulations.

The video surveillance system, comprising 14 Wisenet cameras and a Network Video Recorder (NVR), has been installed by IT infrastructure specialists, Eastern Voice and Data, who also designed and installed the Miniature Railway’s network and Wi-Fi.

“We have previously installed Wisenet cameras for other clients and have been impressed with their robustness and reliability, as well as the quality of the captured images,” said Russell Marriott, Director of Norwich based, Eastern Voice and Data. “As a result, we were able to confidently recommend to Audley End Miniature Railway that all cameras should be selected from the Wisenet camera range. We then worked closely with the Hanwha Techwin pre-sales team to select the most appropriate camera model for each location.”

Among the 14 cameras installed are 5 QNO-7030R Bullet and 6 QND-7010R Dome cameras. These are all able to capture 4 megapixel high definition images of objects regardless of the lighting conditions, with the help of built-in IR illumination.

Part of the Wisenet Q camera series, the cameras also feature defocus, motion and tamper detection, hallway view and lens distortion correction, whilst support for Power over Ethernet (PoE) has negated the need for Eastern Voice and Data to have to provide separate power supplies and cabling to each camera location.

Images captured from all the surveillance cameras are recorded and stored on a 16 channel Wisenet XRN-1610S NVR, which is equipped with a PoE switch.

“Our old CCTV was well passed its ‘use-by’ date and lacked the functionality required to help us maintain a safe environment for our visitors and staff, as well as deter would be intruders and vandals,” said Bob Ottaway, General Manager of the Audley End Miniature Railway. “We are now able to closely monitor all activity throughout the site during opening hours and with the help of the Wisenet Mobile App, we can also be remotely alerted via smartphones and tablets to any suspicious activity when we are closed.”