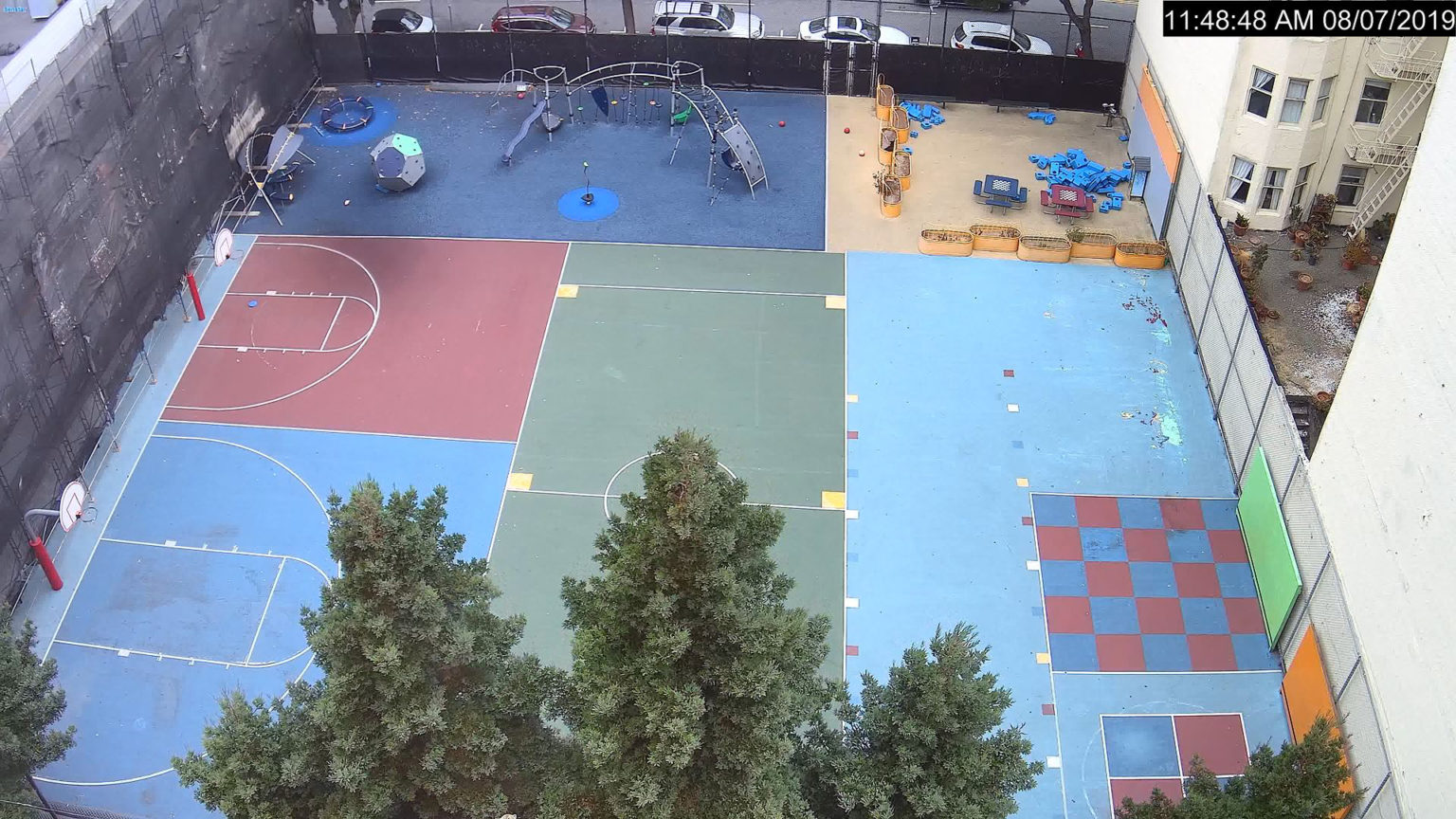 After considerable remodeling and upgrades to the building, the two schools now share a vibrant and functional campus, where security is a major priority in order to deter criminal activity and protect both students and staff throughout the property.

Security concerns in and around the perimeter of the school have become a challenge and deploying security cameras in strategic positions to deter inappropriate conduct and preserve potential evidence for reported incidents has become of prime importance.

With its many students and staff at the schools, exterior monitoring, such as on the sidewalks and streets within and around the property, has become as important as security measures taken within the campus itself.

For special circumstances and requirements for the exterior of the campus, NCIS’ new video surveillance system features five VIVOTEK network cameras, including two multiple sensor adjustable cameras, the MA9321-EHTV for the exterior corners of the main building, a FD9381-HTV for the main building rooftop and two multiple sensor cameras, MS9390-HV for the exterior low-height on property lines. NCIS chose the MA9321-EHTV for the camera’s desired high resolution and 360 degree coverage of property, street frontages and street intersections/crosswalks. As the MA9321-EHTV is one of VIVOTEK’s most versatile products, it provides NCIS with high resolution video recordings through four independent sensors and remote focus lenses. By having each sensor independent of each other, the MA9321-EHTV views four different regions simultaneously, therefore reducing the total number of cameras needed for surveillance and lowering total installation time and costs.

NCIS chose the 5-megapixel H.265 fixed dome, the FD9381-HTV for the desired high resolution coverage of a 13,000-square-foot playground across the street from one of the installed cameras.

Lastly, NCIS chose the multiple sensor camera, the MS9390-HV, for the camera’s 180 degree coverage of building frontages and sidewalks in a constrained-space location, without requiring twice the number of cameras. Through the use of two wide angle lenses, electronic image stitching and high resolution sensors, the 8-megapixel 180 degree MS9390-HV is in a new class all by itself. With its unique dual-sensor design, the MS9390-HV can maintain a higher vertical field of view (FOV) than most traditional multi-sensor panoramic cameras using four sensors. This higher vertical FOV enables NCIS to have more video coverage, thereby enabling the school to capture more evidence below the point of camera installation. The MS9390-HV goes even further with WDR Pro technology for high contrast environments, 30fps at full resolution and 180 degree IR illuminators up to 20 metres, ensuring NCIS with 24/7 comprehensive panoramic video surveillance.

“Clear video from VIVOTEK’s cameras have been of great assistance to NCIS and the San Francisco Police Department in the course of investigating a wide variety of security and safety incidents, including some criminal activity,” said Daniel Klingebiel, NCIS Executive Director. “We have worked with various brands of IP cameras. Ultimately, we have standardised on and now only use VIVOTEK cameras due to their superior quality, standardised configuration and ease-of-installation. We met our VIVOTEK Regional Sales Manager at ISC West 2019 and have been greatly assisted with camera selection and trialling of new camera technology at our campuses.”

For more information about VIVOTEK and its comprehensive product line, please visit www.vivotek.com