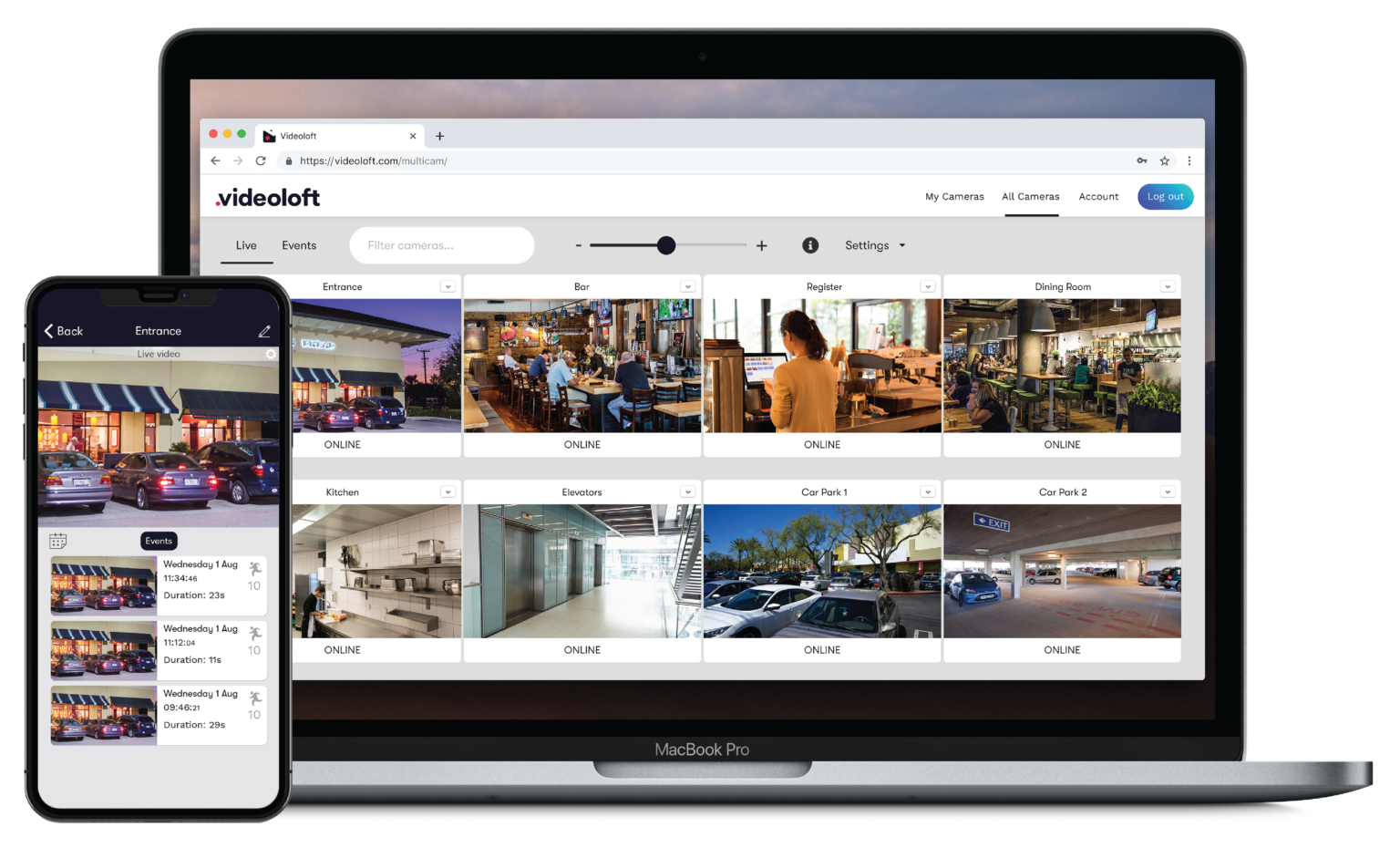 Cloud CCTV surveillance solution provider, Videoloft is adding a new video quality mode to its software platform, allowing users to send up to 4K (8MP) video to the cloud. This significant quality improvement is a dramatic update which overcomes the key remaining hurdle of pure cloud based surveillance systems.

Until now, recording to the cloud traditionally meant resolution needed to be capped at 1080p in order to make it affordable and reliable over real world internet connections. Despite cloud CCTV systems having many benefits over local recorders, in most cases, onsite recorders were still required in order to save high-resolution video locally.

Now ditching the local recorder and recording up to 4K (8MP) straight from the cameras to the cloud is both affordable and reliable, with the Videoloft Cloud Adapter.

While sending 4K video to the cloud does require more bandwidth, video compression and global internet bandwidth conditions have vastly improved. Additionally, if the network does struggle and a queue of video forms then it is saved to the Videoloft Cloud Adapter and automatically sent up to the cloud when the network conditions improve. This also happens in the case of complete network redundancy.

“This resolution increase will transform the video surveillance landscape,” explained James West, CEO and Co-Founder of Videoloft. “Those who previously wanted to hold on to local recorders alongside their cloud solution can now transition to pure cloud and reap the huge benefits that the Videoloft solution offers.”

Those who have Videoloft cloud plans can try out 4K resolution for no extra charge by contacting Videoloft. It’ll be available as a user-changeable setting in the Videoloft software in the new year. While 4K will be slightly more expensive than the current 1080p restricted Videoloft cloud plans, the price difference will not be significant meaning it is still an affordable recording solution.

This is the final new feature of 2020 for Videoloft, following a jam-packed year of improvements and updates; ONVIF compatibility, remote installation, advanced video analytics (object detection and text recognition), smart search and PTZ to name just a few!