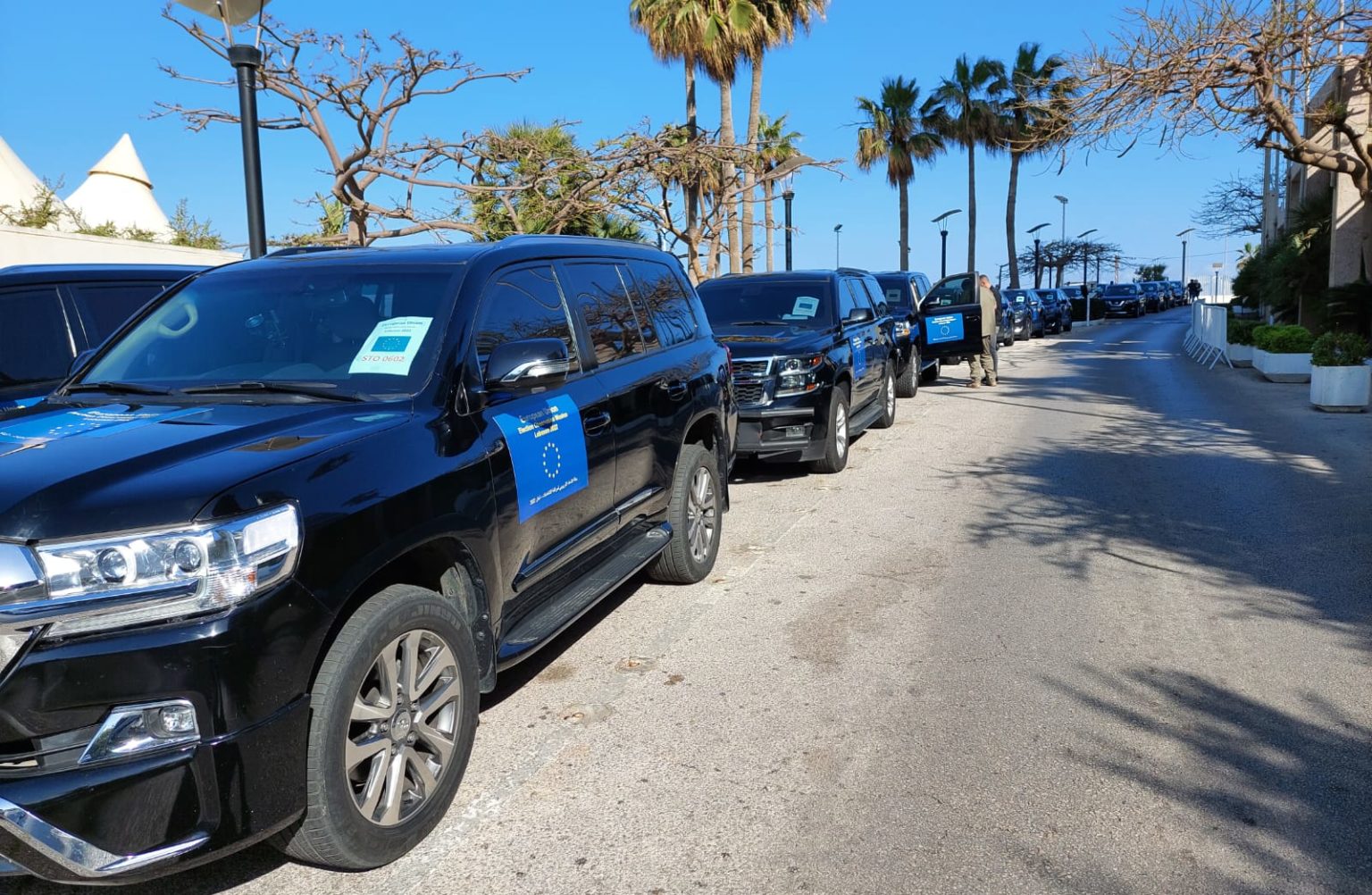 Security experts at G4S in Lebanon have been issued with a certificate of appreciation for delivering a 70-day bespoke close protection operation to the European Union Election Observation Mission.

Field observers from different nationalities; the Heads of the European Union Election Observation Mission (EU EOM) and the MEP mission; as well as a member of the European Parliament were deployed before, during and after the Lebanese parliamentary elections in May 2022, to witness the final counting process and results.

The EU EOM is impartial and independent. Their role was to evaluate the electoral process and its compliance with regional and international commitments on political participation and democratic elections.

G4S was contracted to deliver a 70-day bespoke blended security operation using expertise in close protection and advanced technology to ensure the safety of all the delegation from risks such as kidnap. This included 18 armoured vehicles used to transport officials around Lebanon, each with a specially trained driver. The cars were also used to collect the delegation from the airports and escort them to their hotel rooms.

Officials were protected by 24 highly-trained Close Protection Officers (CPOs), two 24/7 Security Operation Centres (SOC) and emergency support was also mobilised, when needed. Everyone on the mission, staff and delegates, were provided with the appropriate PPE, comprising a bulletproof vest and helmet.

For this particularly important deployment, two 24/7 SOCs were used; one by the mission and one for G4S.

The mission’s and G4S’ SOCs were located at the delegates hotel and at G4S premises, respectively. They were linked to share real-time information, track delegates and protection officers and to relay relevant information to the respective party. This enabled the protection team to keep the delegation safe at all times.

Their roles were vital. They acted as the central hub that monitored electronic security systems, surveillance cameras and alarms. The teams in the G4S SOC also processed all of the live security intelligence and emergency alerts. From the SOC, the entire security function and each of the deployments were coordinated.

In instances where there was a perceived heightened risk or a real threat, the SOC team were tasked with relaying live intelligence to CPOs on the ground. They also worked to seamlessly divert drivers when an unexpected detour was required or when an incident may have caused a delay or been a potential threat.

“Winning the EU EOM contract to provide the integrated security services was a very proud moment for all of us at G4S. This was the first time we delivered an operation of this scale and we’re extremely happy that it went without a hitch and the team worked very well together,” said Michel Mrad, Sales Account Manager for G4S in Lebanon.

“One of our G4S values is ensuring that safety is put first and that was at the heart of this mission. We knew that it was necessary to utilise our experience in close protection, whilst also adapting modern techniques and technology to ensure that all members of the delegation were safe whilst in our country.”

A certificate of appreciation was issued to G4S in Lebanon by the EU EOM at the end of the service.

G4S was awarded the contract after a successful bidding process, which highlighted that the company’s renowned security personnel cover thousands of square kilometres in the country, which provides us a significant presence and breadth of expertise. It was this that won us the contract.

Ghassan Hayak, Managing Director in Lebanon said: “Over the 70 days G4S were on this operation the team remained highly vigilant which concluded with no incidents and a certificate of appreciation for their fantastic work.

“Security operations like this are successful as we all work as one team at G4S Lebanon and ensure that all of our customers are in the safest hands when they are with us.”