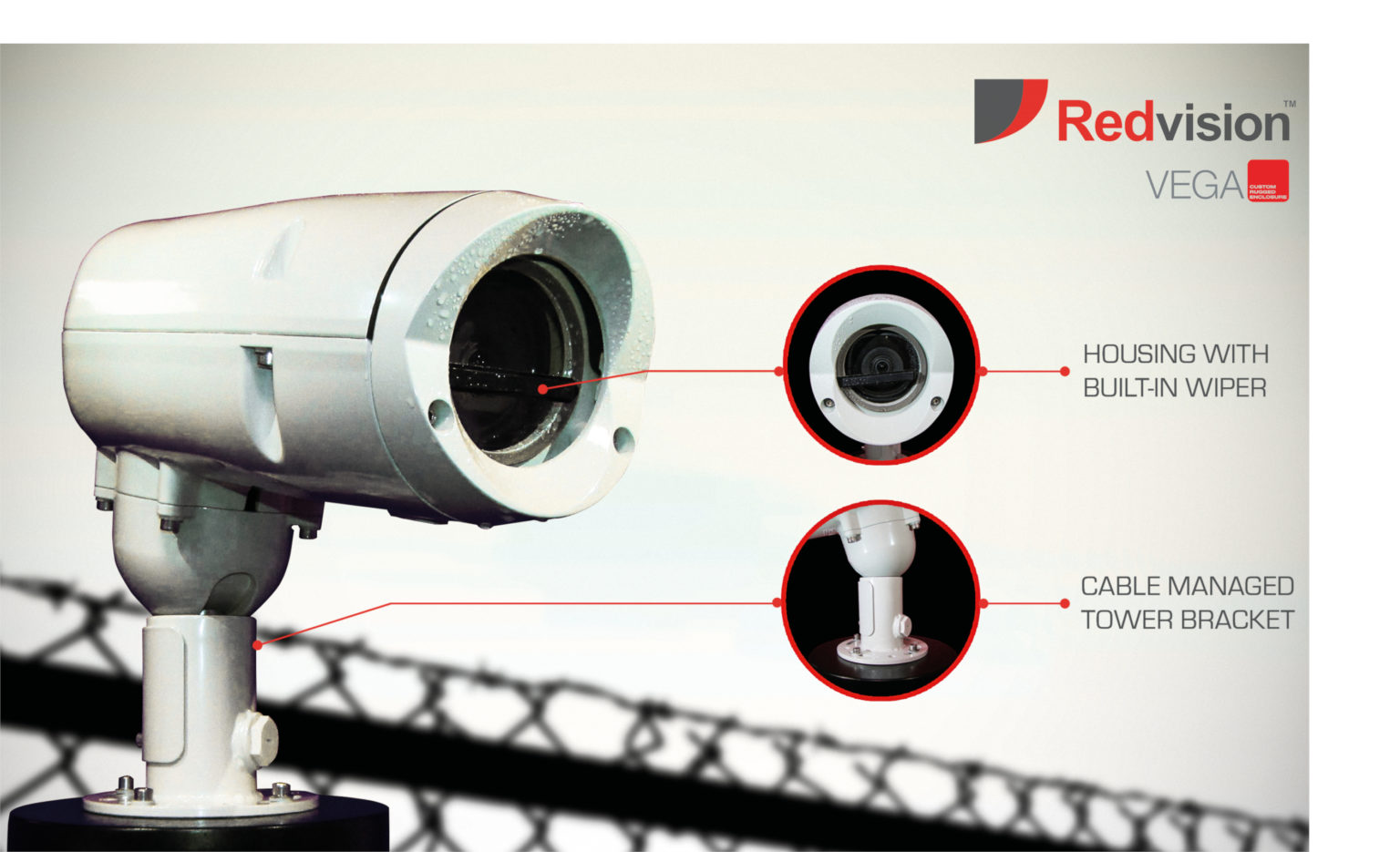 VEGA 2010 rugged camera housing from Redvision includes a PoE-driven wiper option. The wiper removes rain and dirt from the housing’s camera window, ensuring a clear view, whatever the weather conditions. Not surprisingly, the wiper has made the VEGA 2010 the first-choice camera housing for outdoor and rugged camera installations in the UK, where wet weather is a reality.

“We have many VEGA 2010’s fitted on top of CCTV towers, exposed to the elements”, explains Stephen Lightfoot, Technical Director of Redvision. “A housing without a wiper is useless in exposed applications like these, as the inevitable rain, or a build-up of grime, will eventually compromise the camera view. Crime doesn’t stop when it rains, so installers must allow for it!

“We have also developed a tough, pedestal, mounting bracket for the VEGA 2010, which fits directly to the tower top. Like the wall bracket, it protects and hides cabling from the weather and possible vandal attack. Other modular options for the VEGA 2010 include a polycarbonate camera window and Visor Extension.”

The VEGA 2010 is made from tough, die-cast aluminum, finished with a marine-grade plating, followed by a durable powder-coating. It is cable-managed, with an integral junction box. Wiring connections are made within the housing and brackets using ‘easy-connect’, cable terminals. This ensures the VEGA 2010 is IP67 weather-proof rated and IK10 impact rated for vandal-resistance. This makes it ideal for installations in tough and demanding environments and why it has been used in prison, marine, transport, industrial and many other public space applications already.