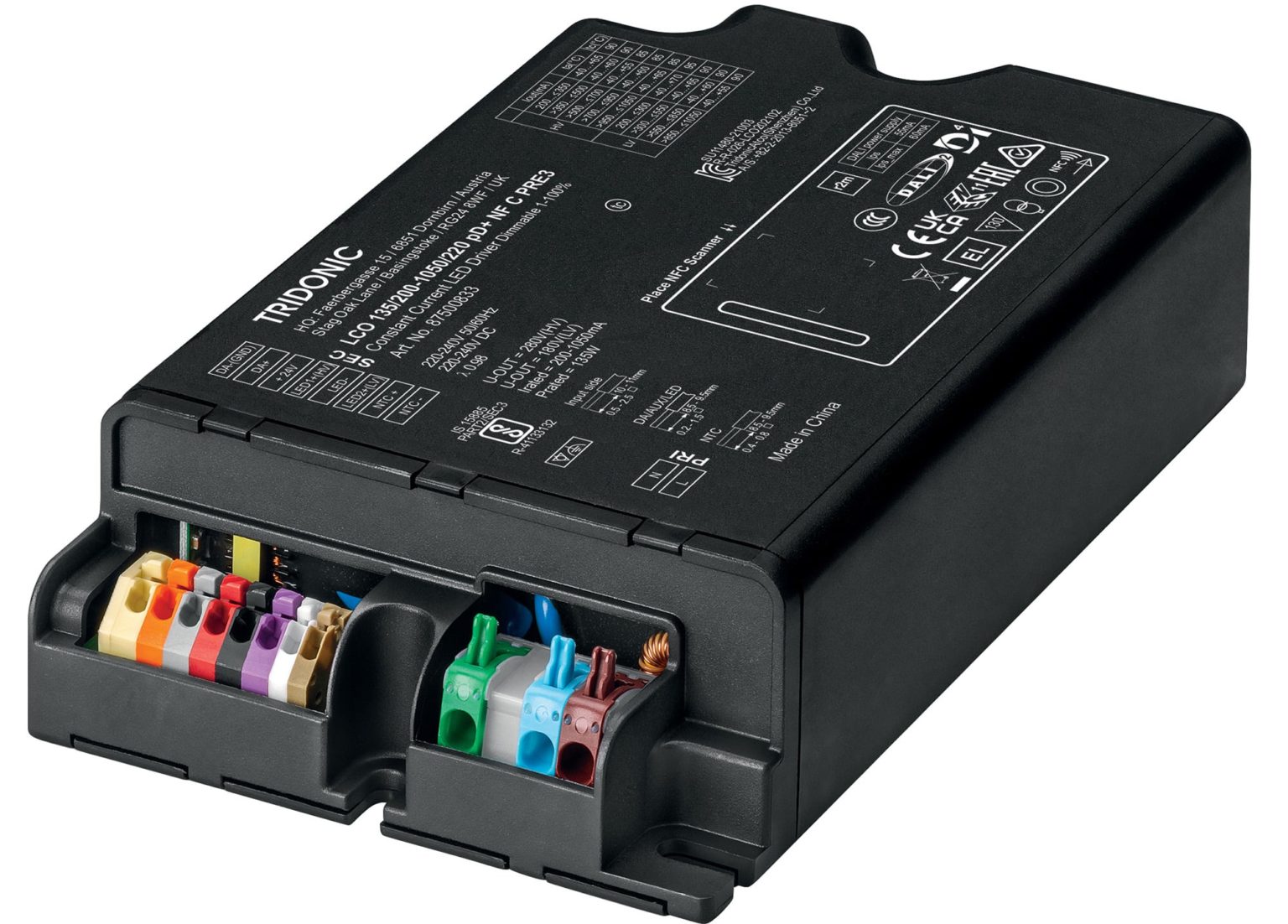 There are currently many different programming methods used to configure the operating features of LED drivers in luminaires. With Book 24, the Zhaga Consortium has standardised a wireless, digital programming approach using Near Field Communication (NFC) technology.

Tridonic has developed LED drivers that are now the first devices to be certified by Zhaga in accordance with Book 24 (also known as Zhaga NFC programming). Using NFC to program lighting components makes on-site commissioning much easier.

An increasing number of lighting applications require LED driver settings to be programmed on site and parameters to be exported or copied to another device. LED luminaire manufacturers currently use many different methods for this programming.

Zhaga now offers electrical installers, system integrators and energy suppliers the ability to select a programming interface in accordance with Zhaga Books 24 and 25, which ensures compatibility with certified LED drivers and on-site service tools such as the Tridonic 4service NFC app. The benefits are obvious: standardising interfaces makes it easier to perform on-site maintenance and to carry out data management on LED drivers and luminaires.

Tridonic was recently successful in certifying a range of LED drivers for outdoor applications in the ADV3 / EXC3/PRE3 series. The lighting technology company is the world’s first company to offer drivers with certification in accordance with Zhaga Book 24. That is a milestone within the use of NFC technology.

Markus Wagenseil, Segment Manager Outdoor at Tridonic: “Interoperability between NFC readers and NFC-programmable lighting components is required for NFC to be adopted for on-site programming. We therefore eradicate the interoperability problems between Bluetooth NFC maintenance interfaces and LED drivers.” This enables configurable luminaires that can be commissioned on site with the Tridonic 4service NFC app and are simple to maintain over the entire life cycle.