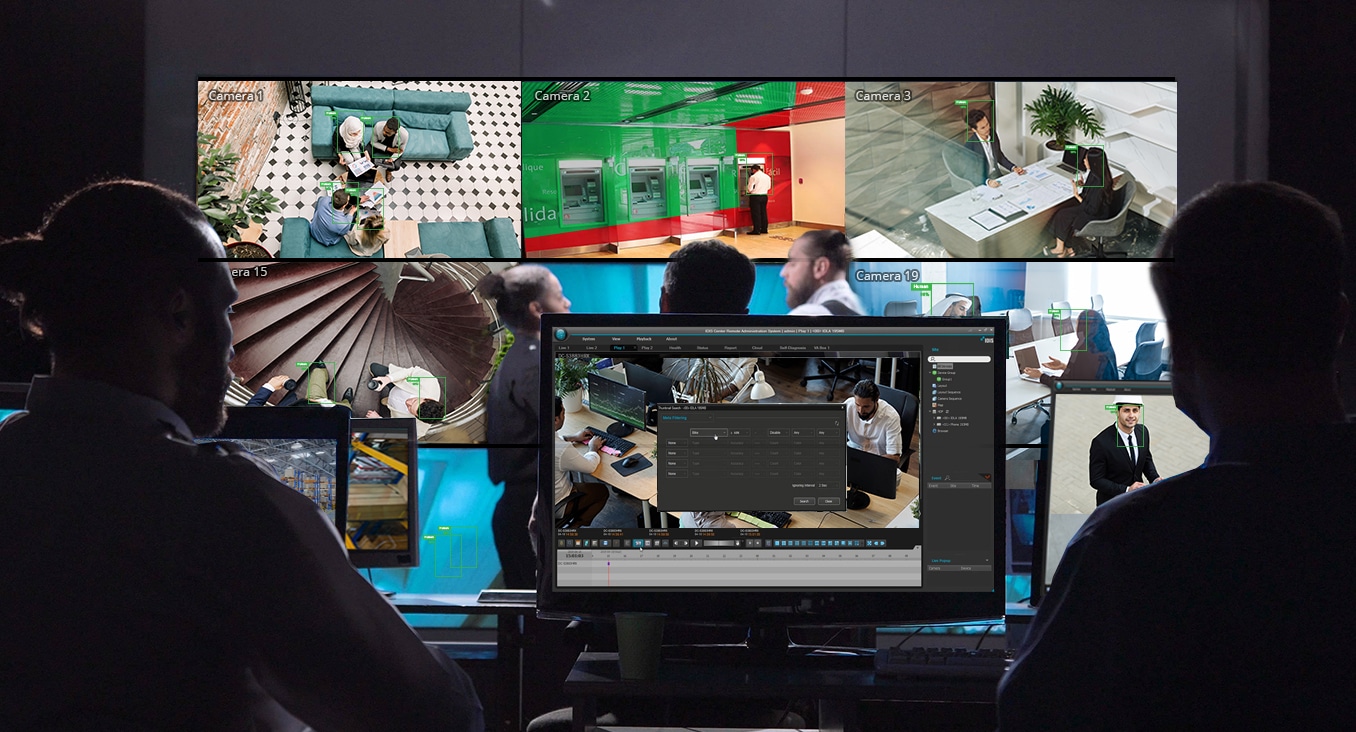 A historic transformation is taking place in Middle East banking with institutions, encouraged by regulatory authorities, looking to strengthen themselves to compete in global financial markets.

The region’s banking landscape is shifting up a gear because both retail and corporate banks have recognised the need to invest in digitisation and analytics and to embrace the opportunities of fintech in order to remain competitive.

They are also responding to wider changes, including the diversification of the region’s economies away from oil – spurred on further by oil price dips during the pandemic – bringing with it the need to raise capital on global markets to support long term transition.

Across the region the banking sector is looking for new opportunities but security, as ever, is key. Authorities have acted to tighten compliance, aiming to counter perceptions that the region was lax when it came to money laundering and financing of terrorism – again, the reassurance is key if banks are to succeed in a competitive global market – and compliance includes physical security measures.

The sector, globally, is conservative and risk-averse. For institutions in the Middle East, compliance with national, regional and global security regulations is non-negotiable.

The Saudi Arabian Monetary Authority (SAMA) led the charge in 2018 when it set out a new regulatory framework for banks. Its aim was to push financial institutions to ensure appropriate governance and to build robust infrastructures that would enable necessary detective and preventive controls.

The framework included physical security measures and in particular video surveillance and cybersecurity.

The most immediate impact was that Saudi banks had to update their video surveillance capabilities to full-HD 24/7/365 network surveillance by 2020.

IDIS worked closely with the NCB bank (now the Saudi National Bank) as it became the first to upgrade, acting to stay ahead of the 2020 deadline. Key to achieving this ambitious target the bank had to be assured that it would retain CCTV coverage across its estate while the new solution was implemented. It needed a cost-effective upgrade route with a phased approach supporting both new and legacy cameras, ensuring live streaming and recording. This all had to be achieved without interruption through each stage, because any gaps in the video recording not only risked security breaches but penalties from regulators.

In March 2021, the KSA banking sector demonstrated its ambitions again, this time with the Saudi National Bank merging with Samba Financial Group (Samba) to create the largest bank in Saudi Arabia with over US$239 billion in total assets and a combined net profit of over US$4.2 billion. The bank quickly standardised surveillance across a further 72 branches and 543 ATMs, leading to IDIS being involved in another rollout program. To date, the bank has upgraded an impressive 650 branches, 4,500 ATMs, encompassing 20,000 cameras and 5,500 NVRs.

A phased and affordable migration for Saudi National Bank

So how do phased migrations work on such large-scale systems?

The initial rollout for SNB encompassed its headquarters, over 430 branches and approximately 3,700 ATMs. IDIS provided a complete end-to-end solution which was a tailor-made fit, supported by true plug-and-play camera and NVR technology with enterprise-class video management software that ensured a smooth migration path. Thoroughly tested and benchmarked against alternatives in various environments, the IDIS solution proved to be more reliable and highest performing. And it delivered a significantly lower total cost of ownership (TCO) compared to alternatives.

It’s worth remembering that cost and affordability are considerations for banks as for any other customer, particularly when they are making major transformational investments across their entire organisation. So, unsurprisingly, Middle East institutions are looking for cost efficiency and low TCO and not all upgrade options deliver this.

For example, using a mix and match of cameras and software from multiple vendors and supply routes brings increased complexity, with confused lines of responsibility often leading to installation delays. If compatibility problems occur for example, or glitches with individual system components, integrators can be left dealing with multiple vendors in the hope of getting issues resolved. The mix and match route exposes any project to these vulnerabilities and where projects are large in scale that exposure increases.

So there are recognised advantages to single-source end-to-end solutions for banking applications, where they support true plug-and-play set up of cameras and NVRs connected to enterprise-class video management; and where they enable simple migration by using cost-effective encoders to retain and manage existing legacy cameras.

In SNB’s case this reduced complexity for the hundreds of engineers working across KSA, implementing thousands of IDIS cameras, NVRs, encoders and eSata devices which automatically, mutually authenticated. This made installation quicker and closed common cyber loopholes by eliminating the need for manual passwords. Cybersecurity was further streamlined using IDIS For Every Network (FEN), an automated network configuration service that allowed engineers to simply connect each branch and ATM back to SNB’s Riyadh headquarters central control room without networking skills such as port forwarding or hole punching.

With a comprehensive range of Full-HD or higher spec cameras, IDIS offered the equipment needs of varied branch types and ATMs, including remote drive-throughs. Equipped with true WDR and IR, the cameras provide crisp and clear images, even with direct sunlight and changing light conditions throughout the day and night.

Robust and reliable pinholes, modular cameras and compact NVRs were deployed and integrated with ATMs, with quick and convenient installation for engineers working in hot and remote locations. Integration with ATMs was key by overlaying text on video footage to provide security management with a comprehensive audit trail of every transaction.

Storage was also a significant consideration. SNB needed to retain up to a full year of Full-HD footage yet wanted to reduce operating costs, achieving a lower total cost of ownership (TCO) compared with the previous setup.

IDIS Critical Failover was key to this goal. This is a service module with IDIS Solution Suite VMS which comes with a single, upfront payment and no ongoing license fees, ensuring operating costs remain low. It gives SNB the protection needed against a range of fault conditions, including network instability or power failure, without a customised solution’s complexity and cost.

If the primary NVR fails, a standby NVR activates. Both continuously self-monitor to automatically identify problems, reducing the risk of data loss and decreasing failover response times. In the event of even a brief power outage or NVR power supply unit (PSU) failure, a native spare immediately compensates to provide full power. And if a PSU needs replacing, the spare automatically reverts to redundant operation.

If a temporary smart failover detects network instability, it starts to save to an internal recording session buffer, leaving no gaps in footage. And should an NVR or camera disconnect, camera SD cards instantly begin recording and automatically transfer the data to NVRs after recovery, guaranteeing no incident is left unrecorded.

By 2018, IDIS was one of the first surveillance vendors to offer H.265/H.264 together with its own compression technology, IDIS Intelligent Codec. This meant the bank could avoid premature upgrades of monitors, tablets and smartphones, while benefitting from around 65% storage and bandwidth savings, which was essential to keep storage costs low and retrieving footage from ATMs in remote areas reliant on satellite connectivity.

The SNB security team were able to build a compelling business case by demonstrating the elimination of ongoing VMS fees and device connection costs; significantly reducing engineering call-out costs – the need for security personnel to travel to often remote locations to retrieve footage; keeping storage costs to a minimum and no need to upgrade expensive satellite plans at ATMs despite migration to a Full-HD surveillance solution.

Today SNB integrates third-party systems, such as intruder detection, into IDIS Solution Suite, increasing security and operational efficiency. Forward compatibility means it is possible to easily adopt newer cameras into the system. Future plans include integrating access control and other building management systems, providing a single user interface to eliminate siloed systems and technology stacks without the cost and complexity of a PSIM solution. IDIS Solution Suite also means SNB is well-positioned to adopt IDIS Deep Learning Analytics to increase customer insight and business intelligence, or if security and safety staff identify the need to prevent any common hazards at branches or ATMs.

The enhanced standards driven by SAMA and pioneered by SNB have had a wider influence too and encouraged reform in banking across the region.

While each Gulf State’s compliance differs, most regulations now include: live streaming; retrieval of footage; system administration; and management and control of entire estates (including ATMs) from centralised control environments. In addition banks need to provide the distributed functionality that branch managers and associated security personnel need in order to monitor and manage day-to-day operations and deal with safety and security events locally.

In many ways SNB’s approach has become the gold standard. The bank has hosted visitors from across the Arab banking community, showcasing its new centralised control room in Riyadh and demonstrating that, despite the massive undertaking of a major surveillance upgrade, it’s possible to plan a smooth, phased, migration path that ensures a low total cost of ownership.