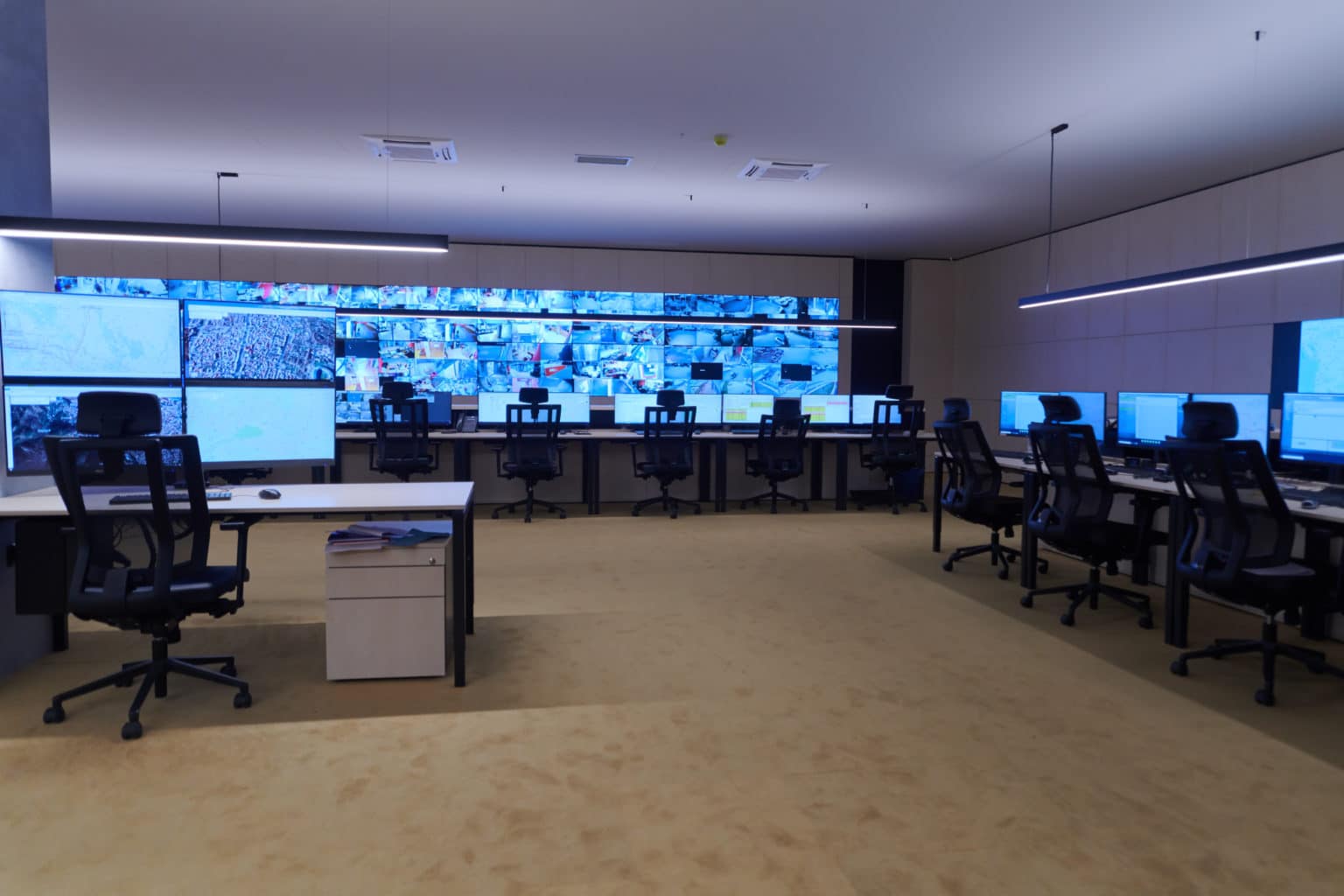 Many major incidents in recent history have been attributed to a “failure of imagination”; something happening that nobody even thought of or could imagine happening. Those circumstances are not only applicable to public areas and heavily crowded places such as airports, city centres and shopping malls, but equally so to more private areas such as residential and business buildings, banks, campuses, schools, manufacturing and operational sites.

A wealth of information is creating a poverty of attention.

Most technology systems focus on providing as much information as possible without taking the human attention span into consideration. We see that more and more cameras are added to CCTV networks, while no human operator can view all those cameras attentively. Indeed, the main challenge of the traditional CCTV surveillance system remains the inability to cope with the overwhelming demand for increased monitoring.

A proactive security posture that handles threats at speed is absolutely essential.

Solving that issue in traditional ways is expensive, unreliable and unscalable, mostly leading to forensic reviews rather than active real time monitoring.

iSentry is transforming the way CCTV control rooms operate. The goal is to watch less and focus on the important events of interest, in real time.

Using the latest Artificial Intelligence (AI) technology, iSentry learns on its own the normal behaviour seen by a security camera and any unusual variation in that image generates a trigger. iSentry’s Deep Learning engine then enriches the event, providing classification and contextual data on the objects in the scene. Once all that data is processed by a Rules Engine, an alert is either dismissed if not relevant, escalated as an alarm if important or sent to an operator in the control centre: fire, robbery, thrown objects, left objects, trespassing, perimeter Intrusion, direction violation, aggression…. you name it.

All in one full suite

Most video analytics products are built compiling use cases. Very often they focus on one specific situation applying predefined rules such as trespassing or a specific object identification. But what to do with the unknown? How to handle scenarios in which we don’t know what to look for?

iSentry is architected and conceived to identify existing and discover new use cases autonomously.

Interestingly, such use cases are often events of Interest undetected by operators of control rooms, whom, after watching several screens for hours, would normally get tired. As a consequence, iSentry empowers control room operators, allowing them to solely focus on those decisions at which humans excel.

iSentry’s unusual behaviour (UB) capability is designed to add instant visual insight to the vast amounts of footage generated by a large-scale CCTV deployment. Depending on the complexity of the scenery, the self-learning engine starts gathering smart insights of what is usual after 48 – 72 hours of operation.

iSentry’s Threat Detection and Extraction (TREX) capability, on the other hand, is designed for surveillance of large and wide areas and perimeters and capturing moving objects. TREX mimics human vision where we pay more attention to sudden movements and pay less attention to regular movement. TREX has the capability to learn the scene, allowing it to focus on true targets and not on environmental factors that are common to the scene such as moving trees and water reflections. With the correct configuration, TREX can detect small and fast-moving targets, as well as targets at great distance. For example, a person walking as far as 700+m among trees and bushes.

iSentry also incorporates a powerful forensic search engine. This allows iSentry to search for objects associated with events of interest generated by our algorithms in any part of the scene within any given time frame. This adds an additional layer of intelligence that is supplemented by several business intelligence analytics and other alarm reporting features.

Deep diving into the technology, a key component is data processing, which is done with very little computing power. The reason is that iSentry analyses images at pixel level, uncommon in the market, instead of running full renders of each image to process It.

The processing is balanced between CPU & GPU processes. This enables an optimised network HW architecture, ranging from a centralised operation up to a full edge-based topology.

Supervising a huge amount of CCTV feeds effectively requires a system that strictly limits the information presented to the operators to “important events of interest”, limiting potential “false positives” and providing context with which to make decisions.

iSentry reduces the amount of video seen by an operator to approximately 1% of the total footage, while exponentially increasing the relevant events detected using traditional methods.

An internal rules engine with an unlimited set of customisable rules on each camera, further refines the relevance of alerts delivered to an operator.