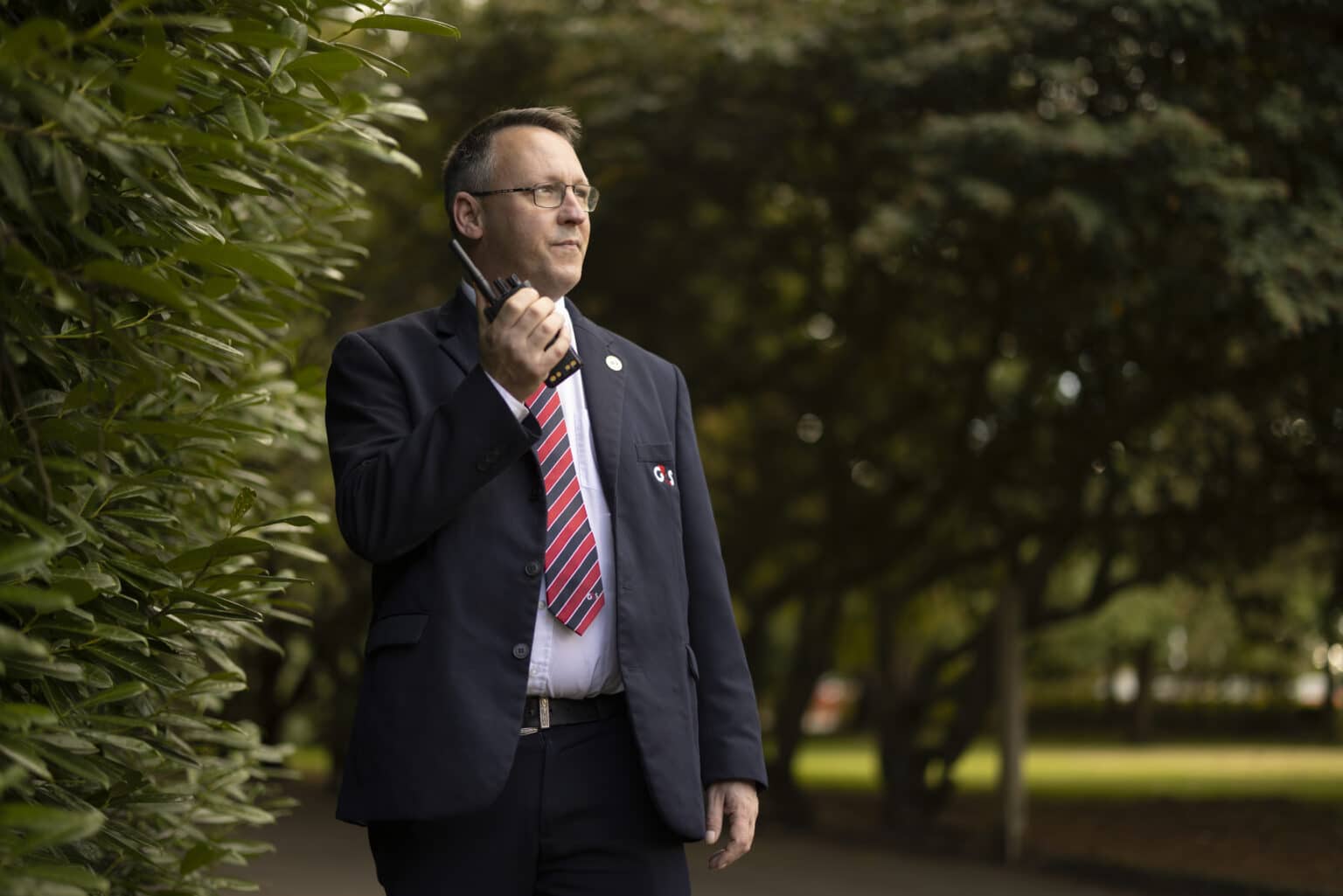 Following the 1994 Brighton bombing, the IRA issued this statement: ‘Today we were unlucky but remember we only have to be lucky once – you have to be lucky always.’ These chilling words sum up why security matters, particularly in high risk environments where the stakes are the highest.

While not all high risk environments require the presence of security officers, they need to be cohesive and engaged where they do operate. But, how do you get someone to turn up for work and be on their A-game, day-in and day-out? How do you ensure inertia or complacency doesn’t set in when their routine becomes familiar or even dull? Because, that is effectively what you’re asking of a frontline security officer in a high risk environment.

There isn’t one answer but rather three areas of focus – training, technology and process – which, combined together, can optimise capabilities and drive up professionalism and standards in the security sector.

Security officers need the right skills to deliver their role effectively. For example, all our people working to secure Europe’s largest construction site undergo a four-day enhanced security officer training course accredited by City & Guilds, which increases their understanding of security threats and risk. It plugs the gap between SIA and Close Protection training, with staff learning about conflict resolution, advance patrol techniques and report writing.

More fundamentally, the training solidifies the purpose of their role and it’s this which should form the bedrock of any training they undertake. If you understand your purpose, you have the mental flexibility to achieve your aims and manoeuvre around as well as solve problems.

When a security officer doesn’t understand their purpose, they are just performing a task. They might still provide a decent level of customer service and will turn up to their shift on time, but will be much more likely to flounder when something goes wrong.

What’s more, if everyone is sheep dipped into the same culture they become one and self-regulate when they’re on the job. For example, we noticed an immediate difference in how our officers operating at this site started communicating on the radio net after completing the training; they were more slick, crisp and clear. The discipline they showed was because they had come away from training with a deeper understanding of what their purpose was, how vital their role was and how that feeds into the wider operation.

Technology should be an enabler of security officers – not a replacement for them. Principally, it can be used to improve a security officer’s situational awareness; it should not overwhelm them. It is also a means by which they can improve the situational awareness of their team by allowing them to communicate upwards, outwards and downward in a rapid, succinct and accurate way.

The best example of this is a smart device which, as well as being used as a communication and reporting tool among other uses, can track its owner even if they are indoors. This is game changing as security teams don’t need to be reliant GPS and can distribute and manoeuvre assets proportionately according to the threat based on real time information.

It is also very common for security officers to have body-worn cameras with the feed being broadcast live in a central control room; these have a noticeable deterrent effect as well.

Tech can be particularly useful for lone security officers. For example, microphones can be activated to listen in on a conversation or could turn on when a duress word is picked up without overtly telling the threat. These devices can detect falls as well as lack of activity which could signal that the individual is in trouble.

Looking to the future, it may be the case that we will have smart wearables which can keep tabs on the wellbeing of officers. For example, checking on their pulse rates or other vital signs. It may even be possible for officers to be surreptitiously informed about a risk or an instruction via their security vest which has haptic qualities, allowing communication through touch.

Good procedure helps to maximise limited resources and reduce risk and, while it may take time to develop, doesn’t cost a lot of money to implement. Poor procedures create weaknesses that can be exploited by the threat.

Procedure is also what gives security officers the moral courage to take action when they see something that doesn’t look right; if they have even an inkling of a doubt, they take action – they don’t wait and see what happens. This comes from having a very clear idea of what they need to do and knowing that they’ll be backed up by their superiors.

Good procedure can be something really simple like using digital reports so that the data from it can be quickly and easily analysed and then acted upon. Another example would be having the freedom to manoeuvre people as and where they’re needed most. Doing something like this often requires trust in the security partner and hinges on whether the customer is focused on inputs.

A frontline security officer’s job is to displace the threat and keep it away. There is no respite for them, because the moment they show weakness the threat will likely exploit it and attack. Well trained security staff are able to affect the intentions of threat actors and potentially reduce the harm occurring to valued assets.

However, too often we see businesses bury their heads in the sand or see security as a “grudge spend” and, unfortunately, it often takes something bad to happen for them to realise how important protective security is. Training, tech and procedure can all help to optimise the capability of frontline security professionals and they also need to be led, paid and equipped well in order to keep them motivated and inspired.

This article was originally published in the January 2023 edition of International Security Journal. To read your FREE digital edition, click here.