Video surveillance technology has come a long way in the last couple of decades. The migration from analogue to IP video has resulted in significant changes to commercial surveillance. Camera resolutions have improved, analytics are more in demand and overall system functionality has expanded – all of which has driven corresponding trends with network video recorder (NVR) technology.

Years ago, a bank branch may have been content to have a half dozen analogue cameras. Now, the same branch can have double or triple the number of high resolution IP cameras. As a result, NVRs are offering more channels, increased processing power and expanded storage.

A 32-channel NVR with a total bandwidth capacity of 96 Mbps will still satisfy the requirements of many users, but adding one 12 megapixel 360-degree camera to the mix uses a significant amount of that capacity. With 4K cameras now in demand, video surveillance manufacturers have introduced NVRs with a total bandwidth capacity of up to 400 Mbps. This is much greater than anything we’ve seen in years past.

This high-bandwidth performance is beneficial not only for supporting high resolution IP cameras, but also for other sensors and IoT devices, which are increasingly being used with NVRs to collect many other types of data. Temperature sensors, door alarms and people counting devices are all examples of IoT sensors that can be used with an NVR to alert users to changes or unusual events that require investigation.

For example, if a sensor detects a temperature spike, the NVR can be configured to automatically turn on a fan so it doesn’t overheat. Or, if a contact sensor detects a door opening in the middle of the night, the system can send a text or email with a photo or video clip of the intruder to a designated individual.

NVRs that are equipped with Artificial Intelligence (AI) engines can go even further with other application integrations. An AI-powered facial recognition application will be able to quickly scan a face captured on camera and tell you whether it’s a member of the cleaning staff or an unknown intruder. Similarly, an AI-enabled perimeter detection analytic at a critical infrastructure facility can distinguish whether it’s a human or a coyote on the premises.

AI-powered applications like these are transforming video surveillance as we know it, making it faster and easier than ever to understand what’s taking place in recorded video and reduce false alarms. NVRs that are equipped to handle AI applications – like March Networks’ X-Series Hybrid Recorders – will become increasingly important in the months and years ahead.

With all of this data flowing into NVRs, recorders are offering much larger storage capacities. Many NVRs now support 18 TB hard drives and offer total onboard storage of up to 144 TB. Even that may not be enough if an end user is required to archive video for 90 days – or, in the case of some cannabis operations, for up to 365 days. So NVRs will continue to evolve to offer even more storage options, including Network Attached Storage (NAS).

Fortunately, we have seen advances in video compression technology with M.JPEG replaced by H.264. This has allowed NVRs to keep pace with rising storage demands. However, as 4K Ultra HD security cameras continue to catch on, we’ll see more manufacturers move to the H.265 codec, which promises to achieve up to 50% higher compression than H.264.

In addition to storing more video, today’s NVRs must continue to preserve it and keep it safe from disk failure, corruption, power losses and theft. This has resulted in more NVRs offering built in redundancy features. For example, backup storage can be configured through disk mirroring or internal RAID setup. Some NVRs are also equipped with redundant power supplies, so if one fails, the redundant unit can continue to fully power the recorder. Others offer an internal battery backup capability to gracefully shut down the device and prevent any damage to recorded video in the event of a sudden loss of power. In brownout conditions, internal battery backups also ensure the delivery of clean power to the device.

In terms of physical security, some NVRs can be secured with locking mechanisms. This prevents thieves or even a disgruntled employee from removing a hard drive or powering off the appliance. The last thing a user wants is to have video clips of security footage show up on social media, which is why many NVRs now support audit reports, tracking access to the system. An NVR with encryption at rest also securely stores archived video, ensuring that even if someone attempts to access the hard drives without authorisation, they cannot view the video because it’s encrypted.

Although engineered and designed to provide trouble-free performance and security, NVRs, like any other hardware appliance, need to be serviced when a fan stops turning, a hard drive fails, or any number of other problems occur. Anticipating the need for periodic servicing, NVRs incorporating a docking station architecture allow for quick and easy servicing or replacement of a unit without having to disconnect all of the cabling.

Some manufacturers, like March Networks, also offer smartphone apps that allow for quick and easy troubleshooting and issue diagnoses. The March Networks GURU Smartphone App lets you scan a QR code on the front of our NVRs to learn about the status of the recorder, look at product documentation, watch video tech tips or even submit a support ticket if need be.

As is evident from the foregoing, today’s NVRs have evolved from the less sophisticated devices of years ago. Knowing the trends we’re seeing in NVRs will ultimately help you decide on a solution that can best meet not only your current needs, but your future needs as well. 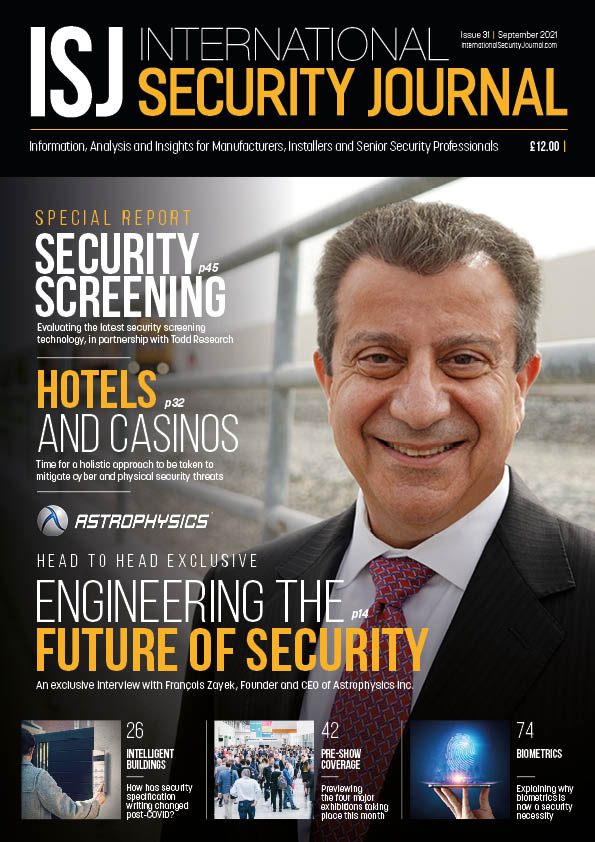