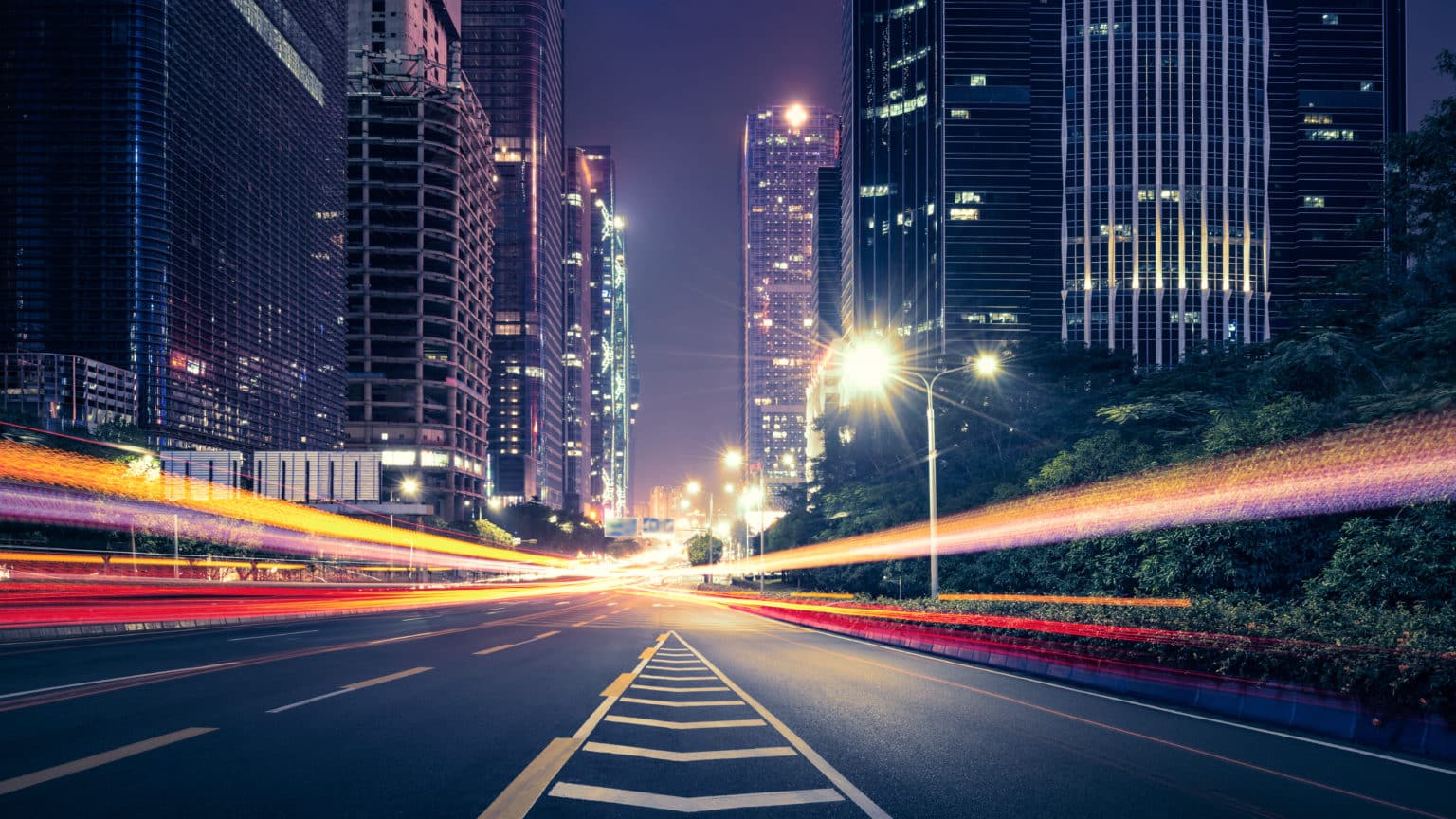 Today, we are only seeing a preview of what tech can do in urban environments, writes Kapil Bareja, Cybersecurity Technical Leader, Saviynt and Co-Chair DevSecOps, Cloud Security Alliance.

Until recently, city leaders thought of smart technologies primarily as tools for becoming more efficient behind the scenes. Now, technology is being injected more directly into the lives of residents.

Smartphones have become the keys to the city, putting instant information about transit, traffic, health services, safety alerts and community news into millions of hands. Today, cities are moving beyond the pilot stage and using data and digital technologies to deliver results that are more relevant and meaningful to residents.

Cities seize up when transit, traffic flows, electrical grids and other fundamental services are hit with bottlenecks and outages. But smart technologies can keep these systems running smoothly. Adding IoT sensors to existing infrastructure, for example, can help crews perform predictive maintenance on equipment, fixing problems before they turn into commuter delays, water main breaks and blackouts.

After a decade of trial and error, municipal leaders are realising that smart-city strategies start with people, not technology. “Smartness” is not just about installing digital interfaces in traditional infrastructure or streamlining city operations; it is also about using technology and data purposefully to make better decisions and deliver a better quality of life.

Quality of life has many dimensions, from the air residents breathe to how safe they feel walking the streets. It finds that cities can use smart technologies to improve some key quality-of-life indicators by 10-30%—numbers that translate into lives saved, fewer crime incidents, shorter commutes, a reduced health burden and carbon emissions averted.

What makes a city smart?

Smart cities put data and digital technology to work to make better decisions and improve quality of life. More comprehensive, real time data gives agencies the ability to watch events as they unfold, understand how demand patterns are changing and respond with faster and lower-cost solutions.

Three layers work together to make a smart city buzz. First is the technology base, which includes a critical mass of smartphones and sensors connected by high-speed communication networks. The second layer consists of specific applications; translating raw data into alerts, insight and action requires the right tools and this is where technology providers and app developers come in. The third layer is usage by cities, companies and the public. Many applications succeed only if they are widely adopted and manage to change behaviour.

Smart city applications could affect various quality-of-life dimension such as safety, time and convenience, health, environmental quality, social connectedness and civic participation, jobs and the cost of living. The wide range of outcomes reflects the fact that applications perform differently from city-to-city, depending on factors such as legacy infrastructure systems and baseline starting points.

Deploying a range of applications to their maximum effect could potentially reduce fatalities by 8-10%. In a high-crime city with a population of five million, this could mean saving up to 300 lives each year. Incidents of assault, robbery, burglary and auto theft could be lowered by 30-40%. On top of these metrics are the incalculable benefits of giving residents freedom of movement and peace of mind.

Technology is not a quick fix for crime, but agencies can use data to deploy scarce resources and personnel more effectively. Real time crime mapping, for instance, utilises statistical analysis to highlight patterns, while predictive policing goes a step further, anticipating crime to head off incidents before they occur. When incidents do occur, applications such as gunshot detection, smart surveillance and home security systems can accelerate law-enforcement responses. But, data-driven policing has to be deployed in a way that protects civil liberties and avoids criminalising specific neighbourhoods or demographic groups.

Seconds count when lives are at stake, making speed critical for first responders in getting to the scene of emergencies. Smart systems can optimise call centres and field operations, while traffic-signal pre-emption gives emergency vehicles a clear driving path.

Tens of millions of people in cities worldwide begin and end every workday fuming in traffic or piling into overcrowded buses and trains. Improving the daily commute is critical to quality of life.

By 2025, cities that deploy smart-mobility applications have the potential to cut commuting times by 15-20% on average, with some people enjoying even larger reductions. The potential associated with each application is highly variable, depending on each city’s density, existing transit infrastructure and commuting patterns.

In general, cities with extensive, well-used transit systems benefit from applications that streamline the experience for riders. Using digital signage or mobile apps to deliver real time information about delays enables riders to adjust their routes on the fly; installing IoT sensors on existing physical infrastructure can help crews fix problems before they turn into delays.

Applications that ease road congestion are more effective in cities where driving is prevalent or where buses are the primary mode of transit. Real time navigation alerts drivers to delays and helps them choose the fastest route. Smart-parking apps also point them directly to available spots, eliminating time spent circling city blocks.

Cities can be catalysts for better health

The sheer density of cities makes them critical though currently underutilised platforms for addressing health. Recognising that the role of technology in healthcare is broad and evolving by the day, we analyse only digital applications that offer cities room to play a role. We quantify their potential impact on disability-adjusted life years (DALYs), the primary metric used by the World Health Organisation to convey the global disease burden, reflecting not only years of life lost to early death but also productive and healthy life lost to disability or incapacity.

Applications that help prevent, treat and monitor chronic conditions could make the biggest difference in the developed world. Remote-patient-monitoring systems have the potential to reduce the health burden in high-income cities by more than 4%. These systems use digital devices to take vital readings, then transmit them securely to doctors in another location for assessment.

Current deployment in 50 cities around the world

My view of each city’s technology base looked at the extent of sensors and devices, the quality of communication networks and the presence of open data portals. Among the most advanced are Amsterdam, New York, Seoul, Singapore and Stockholm – but even these front-runners are only about two-thirds of the way toward what constitutes a fully comprehensive technology base today.

In general, cities across China, East Asia, Europe and North America have relatively strong tech bases, as do select cities in the Middle East. But those in Africa, India and Latin America lag behind, particularly in installing the sensor layer; the most capital-intensive element.

Mobility has been a top priority for most cities, but those places with the highest number of applications implemented overall have branched out into multiple domains. Some cities have not yet implemented the applications with the greatest potential to address some of their priority issues.

Smart-city technologies help cities get more out of their assets, whether they have extensive legacy systems or are building from scratch. There is no getting around the need to invest in physical assets and maintenance, but smart technologies can add new capabilities as core components are upgraded.

Infrastructure investment once locked cities into capital-intensive and extremely long term plans. Now, using the right combination of traditional construction and smart solutions, they can respond more dynamically to how demand is changing. If population growth surges in a far-flung neighbourhood, adding a new subway or bus line with the accompanying fleet expansion may take years. By contrast, a privately operated on-demand minibus service could be up and running much faster.

Adding more actors to the mix is a positive, since it increases adoption and applies more creativity to the available data. When private-sector innovations spring up organically, the role of government may involve regulating, convening key actors, offering subsidies or changing purchasing decisions. Rather than taking a master-planning approach, some cities position themselves as ecosystems, creating consortia and even physical collaboration spaces.

Some cities are starting their transformations with inherent advantages such as wealth, density and existing high-tech industries. But even places that lack these ingredients can set themselves apart with vision, good management, a willingness to break with conventional ways of doing things and a relentless commitment to meeting the needs of residents.