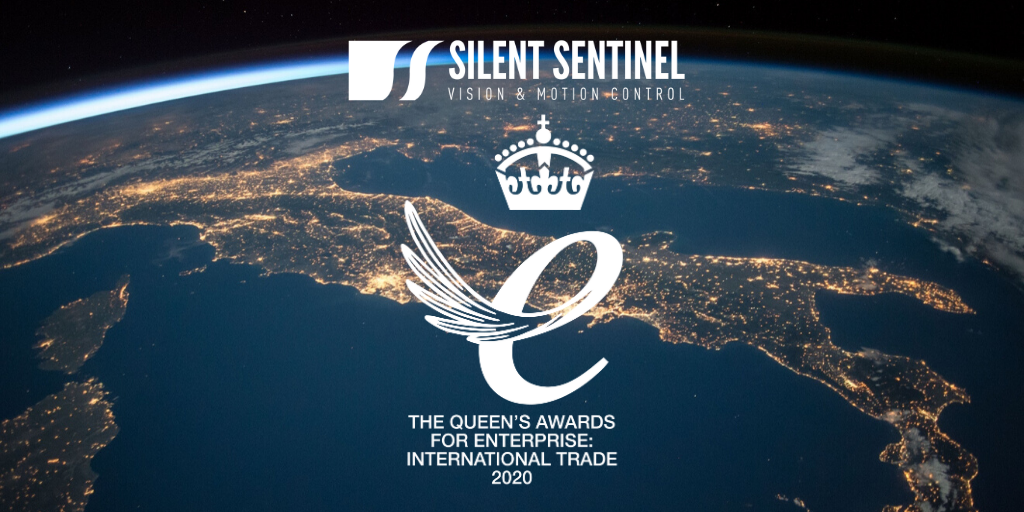 Surveillance platform manufacturer, Silent Sentinel Ltd, has announced that it has been honoured with a Queen’s Award for Enterprise for International Trade.

Founded in 2002 in Hertfordshire, Silent Sentinel Ltd manufactures camera platforms to meet complex surveillance requirements. Its core business is supplying thermal and visible video cameras into the defence and homeland security sectors around the world.

They have grown from strength to strength over the years, moving premises in 2017 to an 18,000ft2 manufacturing plant in Stanstead Abbotts, Hertfordshire, which is home to over 35 members of staff. More recently, in 2020 Silent Sentinel has expanded to open a new assembly facility and office in Dubai, UAE and will look to do the same in the USA later this year.

Since the company’s establishment, it has exported to over 50 countries across six continents. It is due to this high level of export that it received the award for Outstanding Continuous Growth in overseas sales over the last six years. During this time, sales have grown by 2,644% with exporting becoming central to operations and growth, exports growing year on year from 10% to 83%.

“To be recognised for our continuous growth in overseas sales is just fantastic for Silent Sentinel. Exporting has been our strategy for a number of years and it is absolutely critical to what we do, so to be recognised nationally for a prestigious Queen’s Award is an absolute honour and a key milestone for our future growth,” states Paul Elsey, Managing Director.

Announced annually, The Queen’s Awards are the most prestigious awards for UK businesses, recognising outstanding achievement in four categories: innovation, international trade, sustainable development and promoting opportunity through social mobility. Winners can use the emblem for five years after receiving the award.

“Winning this award is a huge privilege and a real testament to the fantastic work every member of the team does. We believe this will open us up to a whole new pool of customers and we can’t wait to keep expanding our international growth in the years to come,” states James Longcroft, Business Development Director.

Silent Sentinel will celebrate the award during a royal reception amongst the other Queen’s Awards winners later this year.