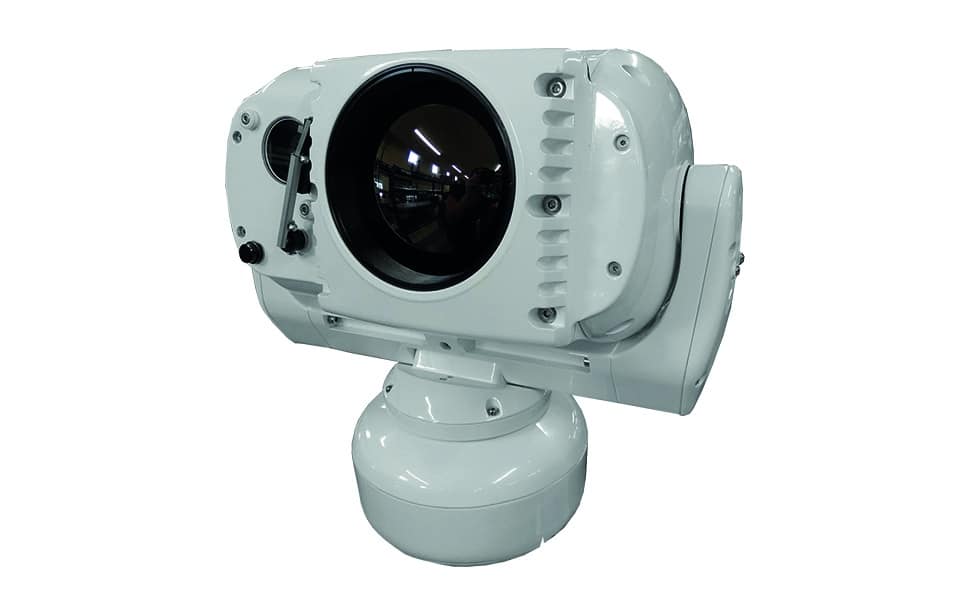 The new F1.4 lens features a 6x motorised optical zoom as well as a narrow horizontal field of view: 25.4° (W) – 4.1° (T) and is capable of detecting human targets at ranges of over 3kms and vehicles at a range of 10kms (based on Johnson’s Criteria).

This new lens is part of the Aeron Ranger suite of cameras, a series of compact and ruggedised thermal sensors capable of being deployed in severe environments, such as deserts and arctic coastlines. They can operate within a temperature range of -30°C to 65°C and are tested to an IP67 level of environmental protection to ensure that they retain their high performance even in extreme conditions. This means that the Aeron Rangers can withstand the harshest surroundings in challenging applications such as maritime and border security as well as vehicle mount installations.

The Aeron Ranger’s 360° continuous rotation and rapid pan and tilt speeds mean that it is well-placed to meet the growing demand for detection of small targets in remote locations and in a variety of climates. Aeron Rangers have previously been deployed on police vehicles in Europe, at airports in the Middle East and for many CNI applications in North America.

Silent Sentinel is a well-established provider of surveillance and security systems, specialising in both cooled and uncooled long-range thermal camera platforms, with products already exported to over 50 countries worldwide.

James Longcroft, Sales Director at Silent Sentinel said: “The introduction of this new lens illustrates our commitment to keeping the Aeron platform at the cutting edge of threat detection. By incorporating this new lens, we are able to provide a competitively positioned, compact and ruggedised camera that offers best-in-class performance even in brutal conditions. Our expertise lies in combining accuracy and durability to ensure the precise recognition of small targets at long range in challenging environments.”