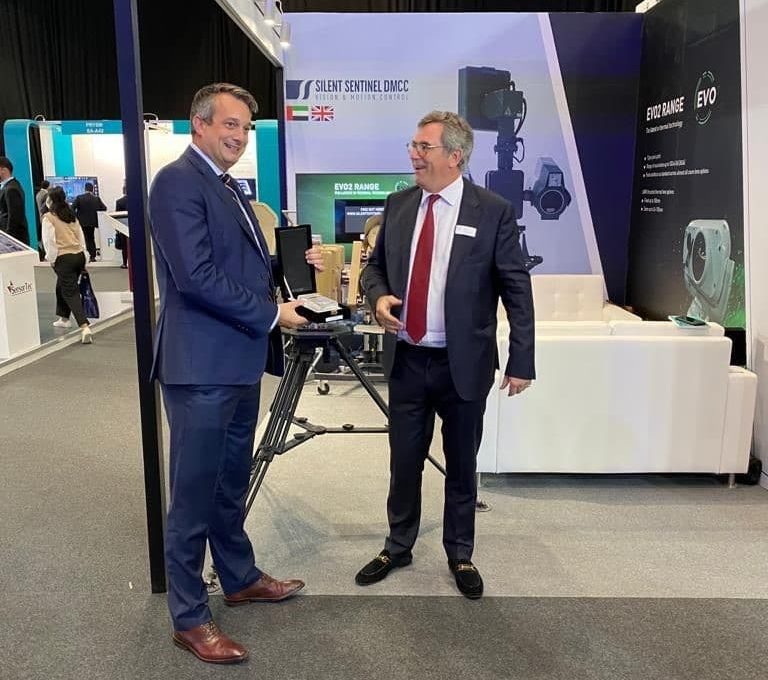 British threat detection specialist Silent Sentinel has been presented with an Innovation Award for the Homeland Security Innovation of the year at INTERSEC 2022 in Dubai, UAE.

The accolade was awarded for Silent Sentinel’s Jaegar Sonus, which enjoyed a successful launch at DSEI last year and was selected for the award because it meets the criteria of being a ground-breaking system which introduces new capabilities and significant improvements to the Homeland Security market.

The Jaegar Sonus is a modular acoustic hailing device comprised of a pan-and-tilt unit (PTU) upon which is mounted an acoustic hailer, laser dazzler, illuminator and HD visible camera. The Sonus uses advanced loudspeaker technology supplied by audio specialists VocCom and is capable of producing up to 154db of sound pressure which delivers clear and intelligible speech at ranges of up to 2km.

The Jaegar Sonus was developed in keeping with Silent Sentinel’s pedigree in the field of cutting-edge surveillance and security applications ranging from maritime security and law enforcement to perimeter and border protection and critical national infrastructure security.

Silent Sentinel is a well-established provider of surveillance and security systems, specialising in both cooled and uncooled long-range thermal camera platforms, with products already exported to over 55 countries worldwide.

James Longcroft, Sales Director at Silent Sentinel said: “It was a privilege to accept this award from Alex Nicholl at INTERSEC, the first major defence and security event of the year. The award represents the hard work our engineers and technicians do every day to ensure that we are constantly innovating and developing best-in-class systems, offering cutting-edge new technology as standard for our customers.”