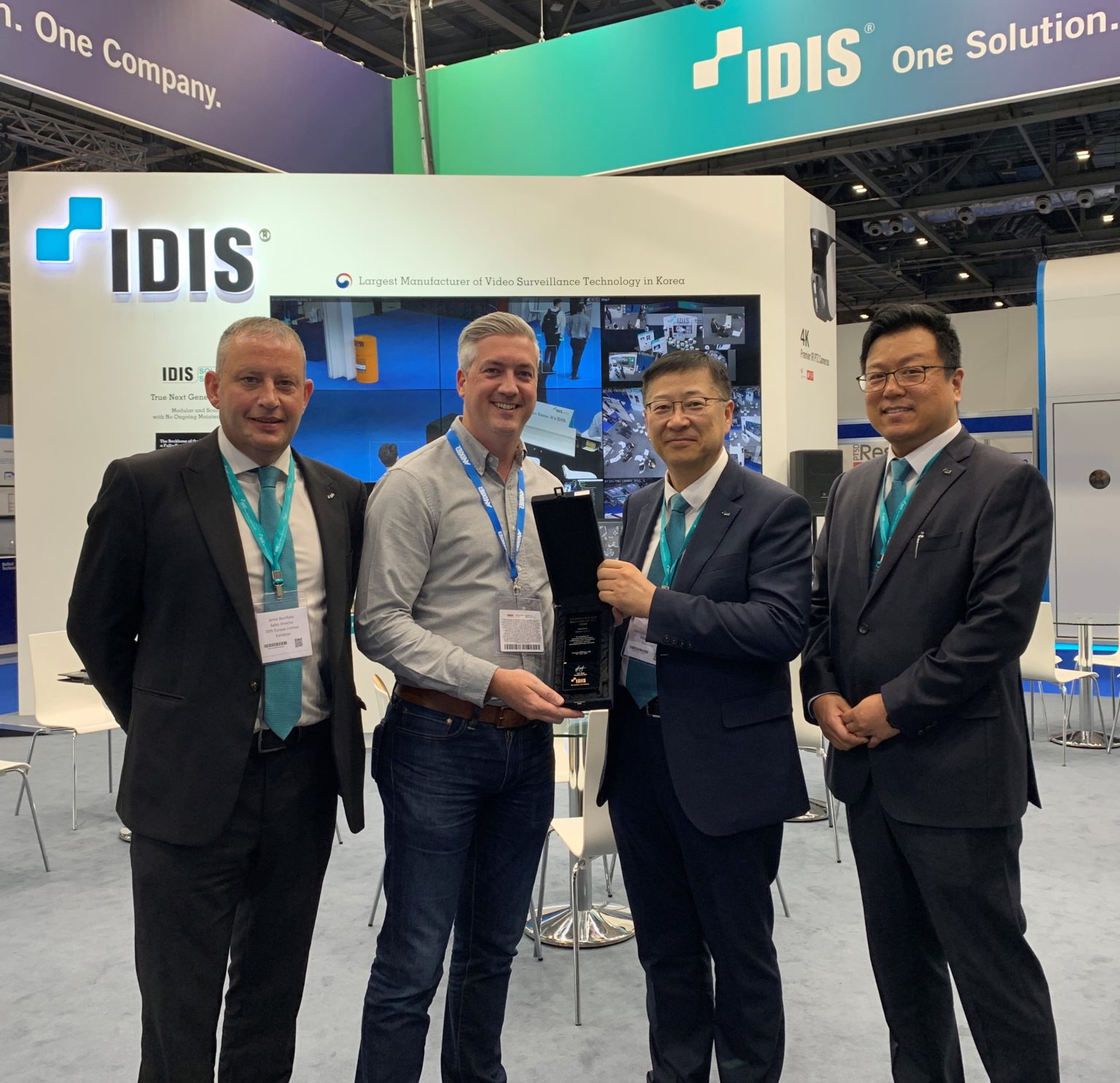 Advanced video projects delivered by SECOM, Johnson Controls and ISD Tech have been recognised at IFSEC with a special award event on the IDIS stand.

Each year IDIS invites VIP guests to recognise outstanding achievements by partners, with a presentation on its IFSEC stand followed by a drinks reception underscoring the value it places on long term partnership working.

“Our continued momentum in video tech development is guided by our close working ties with our industry partners,” says James Min, Managing Director, IDIS Europe. “We see the results of this collaboration with the impressive range of successful projects delivered over the last year, with ISD Tech, Johnson Controls and SECOM leading the field.”

SECOM Plc, which is a global provider of tailored fire and security solutions operating internationally, was named as UK Partner of the Year. Over the last year SECOM has completed a number of notable video integration projects in retail, eating-out and various commercial sectors, and has demonstrated outstanding application of the IDIS Total Solution which has DirectIP at its heart as well as the analogue/HD-TVI solution DirectCX to leverage existing coaxial cabling.

Johnson Controls was confirmed as the UK Integration Partner of the Year, following a number of successful retail and healthcare deployments, including implementations for major high street fashion brands, popular variety stores and NHS facilities. Johnson Controls has also led the way in using analytics technology in the retail sector, including the IDIS VA in the Box solution and has been among the fastest growing of IDIS’ partnership operations over the last year.

ISD Tech was named UK Project Partner of the Year after delivering an award-winning video solution for one of the UK’s largest NHS mental healthcare trusts. The project helped to transform safety and security at child and adolescent facilities and, following its success, ISD Tech is now working on a second phase implementation due to be completed imminently with further deployments planned for later in the year.

Speaking at the IFSEC presentation, James Min, Managing Director, IDIS Europe praised the achievements of this year’s award winners. “These awards once again demonstrate the benefits of close partnership working, not just for the companies involved but most importantly for their end-user customers who benefit from the best available video surveillance solutions.”