Exclusive: Security from around the world – Part 3 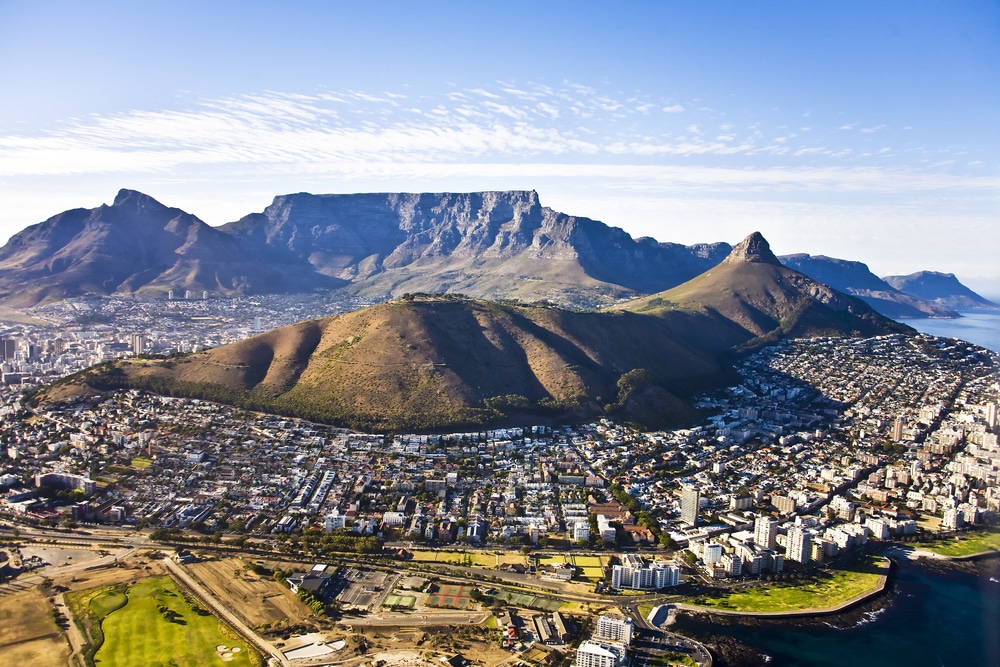 In the third installment of the series, Matthew Porcelli, CPP speaks with several ASIS International South Africa Chapter members who share their personal, regional insights and expertise for success for young security professionals and women in security in the South African private security sector:

A message from the Chair (Kelly)

A large number being female with estimates of 813,000 female security officers according to the industry regulator, making the security industry in South Africa one of the largest female employers in the country.

The irony around having such a large industry is there is little education available to really elevate the industry to an international standard. This isn’t saying the industry isn’t professionally run, however the reality is that the majority of the employees from guard to top management and ownership have come out of the military or South African police services with little or no help or education for this migration into private security and there is a definite requirement for this as risk management isn’t policing or military work but a blend of all aspects of security risk across the board.

For a country with a dark history around equality, it is refreshing how the industry has developed and is still growing due to a number of initiatives around youth employment and female employment.

ASIS South African chapter is a firm driver of the vision of professionalisation of the security industry through education and the Chapter delivers on what it preaches. With free courses for industry employees and ASIS members, to not only keep abreast of the global industry but also the people entering the industry.

I am one of the individuals in the industry that joined with an academic background rather than having had a previous career in law enforcement or the military. Whilst our class was small, 50% of our class were female students. Although knowing theoretically that this was not a true reflection of the industry, I had no direct previous exposure to the security industry, so for me it was quite normal to have fellow female professionals around me. And I was always very lucky in having phenomenal male colleagues that were championing for more female professionals and embraced the different skill sets we as females may bring to the party. So, I did not always associate the challenges I was facing along my career path with the fact that I was a female professional but rather saw them as a general problem or they were cushioned by the support network I had.

However, over time I realised that many female colleagues had very different experiences and were not as fortunate as I am. Female security professionals often still face scepticism from male colleagues or have the feeling that they need to prove so much more than their male counterparts. I do think though that this is changing and the barriers are getting smaller.

If I had to give any suggestions to other women in security, in region or globally, it would be to trust in your skills. I think as women we have a tendency to be (too) humble about our expertise and are shy to “market ourselves” accordingly. As a security professional, be confident in your skills and share your knowledge confidently. It will benefit yourself and the industry as a whole.

The South African youth have not yet acknowledged the security industry as one that can offer a promising career path. Most of the youth joining the industry are only doing so due to the high unemployment rate within the country and most youth following this path are from the previously disadvantaged population group. The current unemployment rate is hovering at 35%, while the youth unemployment rate is currently sitting at 65%. This is quite alarming and I would encourage our youth that when doing research and looking for a possible career path, you would immediately see that fighting crime is an area that needs and lacks competent individuals who can make a difference in the fight against crime. South Africa has a couple of tertiary institutions that offer security qualifications as part of their curriculum, with UNISA being the most recognised for formal, quality long distance tertiary security training. South Africa also has a security regulator, PSIRA which regulates the registering of security training institutions, companies and individuals employed within the industry. The security qualifications consist of Security Grades E/D, C, B and A, with Grade A being the highest. The qualifications are not expensive and are easily obtainable through recognised security training institutions.

My concern as the YP ASIS South Africa is however the ease with which one can obtain these certificates through unscrupulous security training service providers. It allows for any unemployed individual to get his/her hands on such a certificate, resulting in people being employed within the security industry who have no passion and no desire to make a difference.

This is where ASIS as a global recognised institution for affiliation and training within the security sector must look at ways improve the security industry in South Africa. As the ASIS YP for South Africa I am looking at ways to collaborate with the regulator (PSIRA) for ASIS accredited qualifications to be recognised and displayed on a security official’s PSIRA profile. I am also looking at ways to make the ASIS qualifications more accessible and affordable for our unemployed youth. Through awareness on various platforms, I aim to demonstrate how fulfilling and rewarding a career within the security industry can be and how affiliation with ASIS can benefit a security officer’s career path.