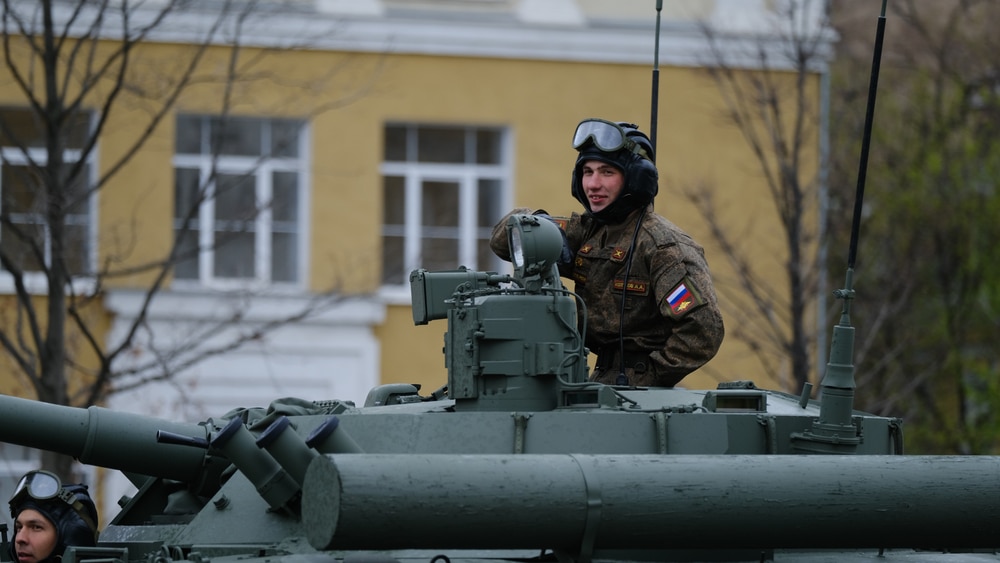 The borders have been breached by Russian military vehicles in a number of areas in the north, south and east of the country, including from Belarus. Local police have said that at least seven people have been killed in the attacks and another 19 are potentially missing.

The Ukrainian President, Volodymyr Zelensky, made a desperate attempt to avert the conflict by stating that: “a major war in Europe could be started by Russia”. He also urged citizens of Russia to oppose it. However, Zelensky announced that martial law has now been imposed across the whole of Ukraine, meaning the government has handed direct military control over normal civil functions or a suspension of civil law.

Russia first targeted Ukraine’s military infrastructure and border guard units, which allowed them to cross the border into Kharkiv in the north, Luhansk in the east, Crimea in the south and from Belarus, according to Zelensky.

Ukraine’s army said Kyiv’s Boryspil International Airport was among a number of airfields that had been bombed, along with military headquarters and warehouses in the big cities of Kyiv, Dnipro, Kharkiv and Mariupol. Zelensky said Russia had positioned almost 200,000 troops and thousands of combat vehicles on Ukraine’s borders.

The Western allies of Ukraine had repeatedly warned that Russia was poised to invade, despite repeated denials from Moscow. The US, EU, UK and Japan imposed sanctions against leading Russians, Russian banks and MP’s who backed the move.

Responding to Russia’s assault, US President Joe Biden said Washington and its allies would respond in a united and decisive way to “an unprovoked and unjustified attack by Russian military forces” on Ukraine.

“President Putin has chosen a premeditated war that will bring a catastrophic loss of life and human suffering,” Biden said. “The world will hold Russia accountable,” he added.

UK Prime Minister Boris Johnson said he was “appalled by the horrific events in Ukraine” and that President Putin “has chosen a path of bloodshed and destruction by launching this unprovoked attack”.