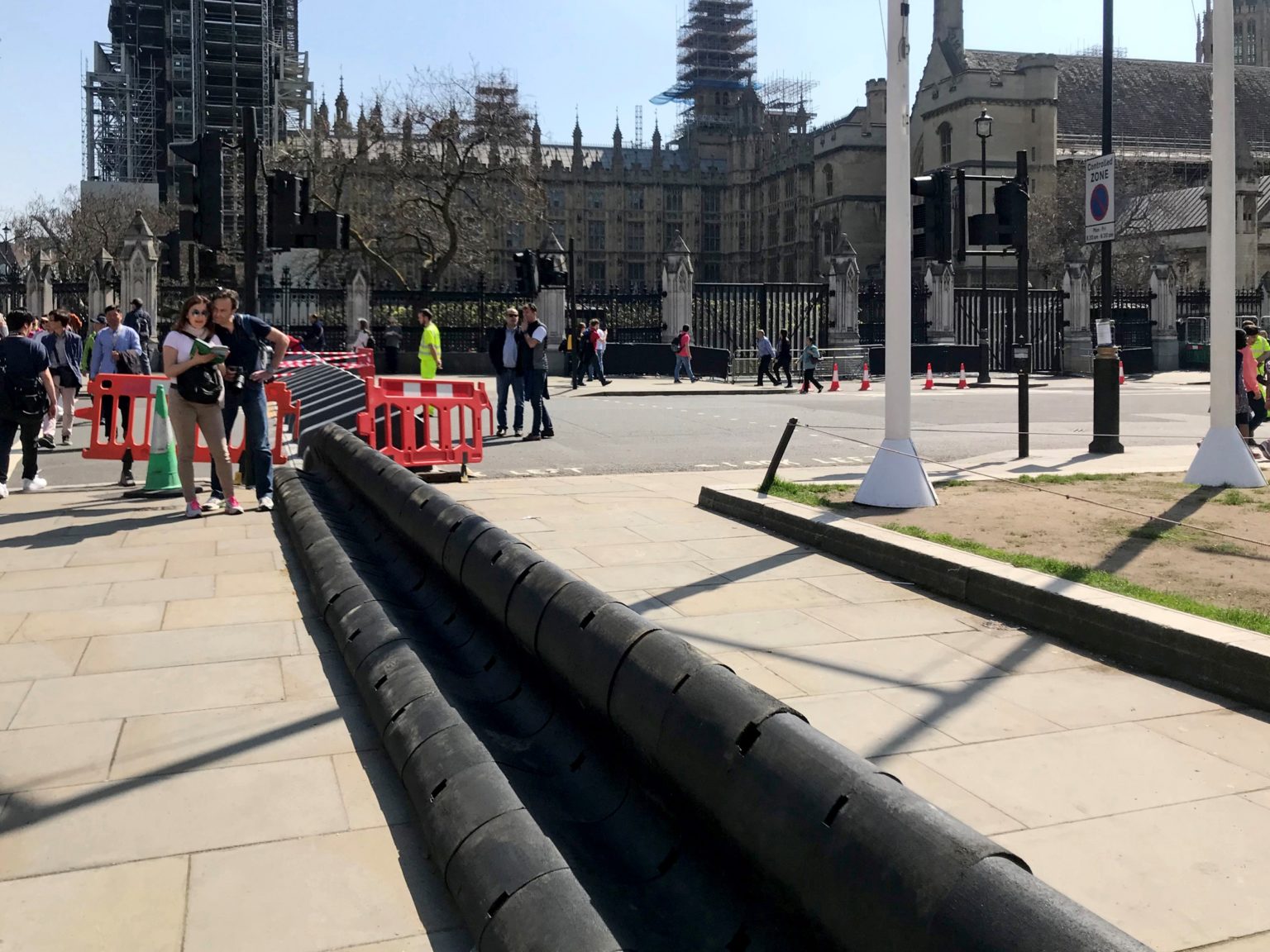 A global manufacturer of perimeter security solutions has won the Most Innovative Security Product Award 2019 from a trade body for the major events sector.

Its unique shape, with its large footprint, has been specifically designed to block vehicles. Each 430kg, 1m x 1m x 1m solid rubber unit is connected by steel cables, giving the flexibility to protect both entrance areas and site perimeters against hostile vehicle attack. The units can also be anchored to create a stronger physical barrier.

MEI Chief Operating Officer, Andy Rice said: “We have been incredibly impressed with the innovation and rigour that Rosehill Security has invested to develop this best-in-class product to enhance event safety. This award is due recognition as they continue to advance security levels at major events.”

Rosehill Security Sales Manager, Dalton Marshall says: “The Impakt Defender is ideal for protecting major sporting, entertainment and political events. It can be installed almost anywhere, removed and used again and again, quickly and simply. It acts as both a physical and visual security deterrent.” It and its smaller sister Rapid Defender can also be used for permanent hostile vehicle mitigation needs such as at retail malls, tourist havens, entertainment venues and seats of government.

Two 50m sections of Impakt Defender were deployed in separate locations in under 40 minutes and then removed in just half an hour at Edgbaston, home to Warwickshire CCC and international cricket, limiting road closures to the key times while fans entered and exited the ground, and minimising disruption to traffic.

MEI established its annual flagship summit to showcase the expertise of its members and offer a peer to peer knowledge sharing forum for the sector.

MEI has provided international business services and market penetration for more than 12 years to companies who want to take advantage of Olympic, Commonwealth Games and World Cup opportunities and win more business in major events.