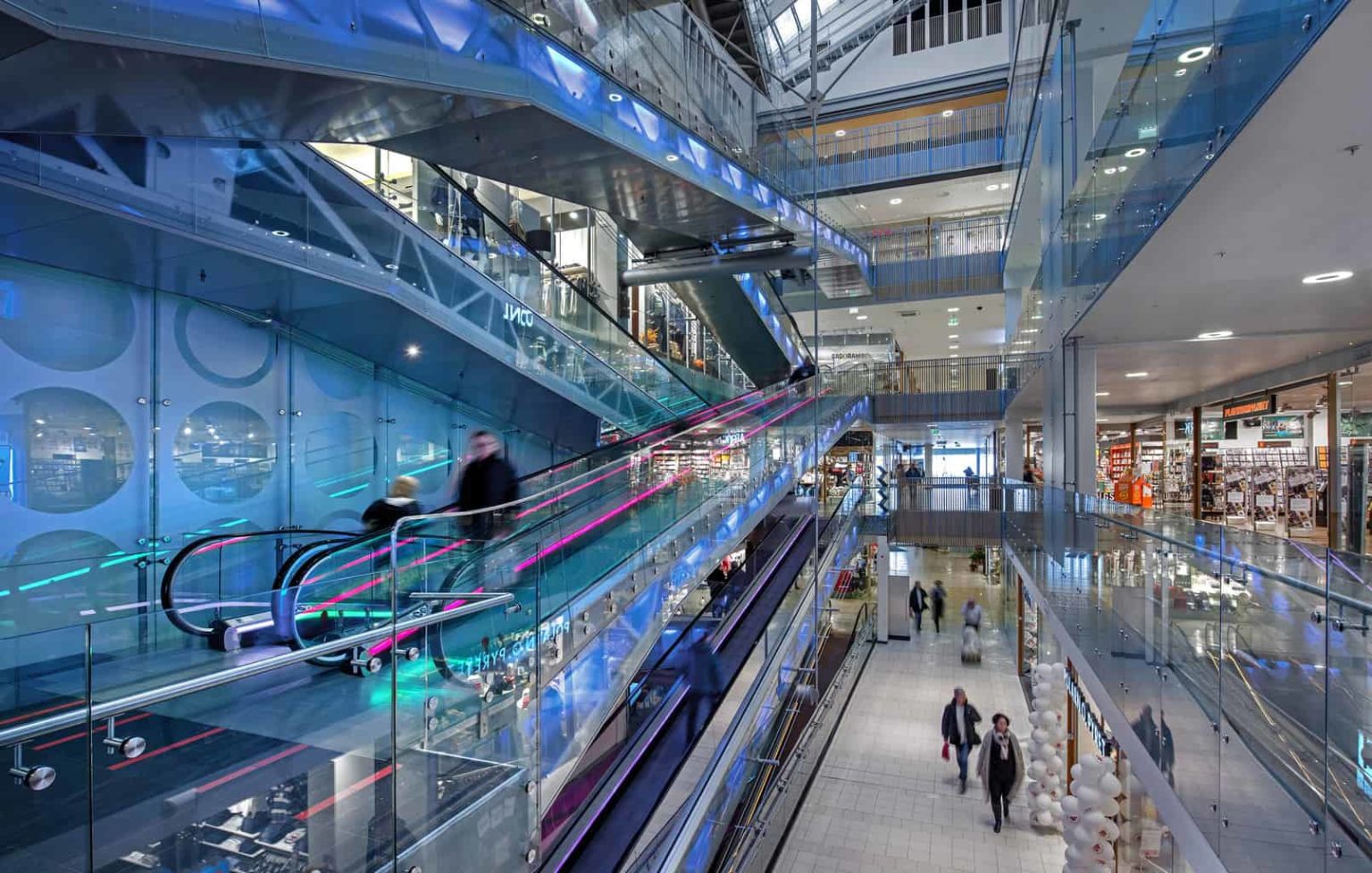 Having a quality video surveillance solution to provide a safe and secure environment in shopping centres is more important than ever given the turbulent world we live in.

The microdome was an ideal fit for the Gronland Basar property, as the IP camera streams clear, 3MP resolution video and audio over existing coaxial cable, rather than requiring an expensive and disruptive upgrade to Ethernet cabling. In addition, the camera can be installed in daisy-chain, star or loop configurations over a single analogue cable for further flexibility and savings. Just a few hours after it was installed, Gronland Basar’s high-performance video solution proved its worth by providing clear video evidence that helped identify a group of troublemakers who had activated the mall’s water sprinkler system, temporarily causing a minor downpour.

A March Networks video surveillance system is also deployed at Jessheim Storsenter, one of the largest shopping centres in Norway. Jointly owned by the Olav Thon Group and Harald Kvaerner Eindom, Jessheim Storsenter boasts 145 stores and restaurants in the rapidly growing community of Jessheim, 45 kilometres north of downtown Oslo and a short distance from the city’s international airport.

The system at Jessheim Storsenter records video from approximately 100 surveillance cameras located in the shopping centre, parking garages and areas of high risk around the periphery of the complex. Tenants are responsible for video surveillance on their own premises.

A security officer at Jessheim Storsenter keeps an eye on real-time video displayed on nine overhead monitors, according to Safety Officer, Kristian Sveen. In the event of an incident – a disturbance or the malfunction of an escalator, for example – security staff on patrol can be quickly dispatched to offer assistance.

Sveen likes the ease-of-use of the system, the image quality and the ability to set up or change camera views on the overhead monitors through simple drag and drop functionality.

The shopping centre’s safety department has a good relationship with the local police force, which regularly requests video clips to assist them in their investigations. Video is also used as a training tool, said Sveen.

“For example, a car went up in flames in our parking garage some time ago. The fire department was on the scene in minutes and the fire was put out, but we used the video after the incident to learn how we could improve our response in a similar situation.”

Additional cameras will be required when the first of a three-phase expansion project is completed. By 2020, Jessheim Storsenter will offer shoppers more indoor parking, more stores and restaurants and an adjacent hotel.

The enterprise-class video management solution, capable of supporting up to 128,000 video channels, will easily scale to the Jessheim Storsenter’s expanded footprint. The successful installation at Olav Thon’s Gronland Basar and eight years of positive experience with the system at the Jessheim Storsenter serve as excellent references for Focus Security, which was responsible for the sale and installation of both systems.

Established in 2000, the security systems integrator provides video surveillance, access control and perimeter protection solutions to a wide range of customers across Norway, including high-profile customers in the aviation, government and military sectors.

Focus Security attributes its success to offering exceptional service and high-quality products “because otherwise we would need to have a lot of people running around fixing problems,” said Managing Director, Bjarte Hatlenes.

“To the average customer, all video surveillance systems are more or less the same, except if there is some special functionality that appeals to them,” said Hatlenes. “What’s most important to them is to find a good partner – someone they can trust to deliver a quality solution in a timely manner.

“With March Networks as our preferred video surveillance vendor, we can confidently deliver on our promise of quality and meet the expectations of our growing customer base.”