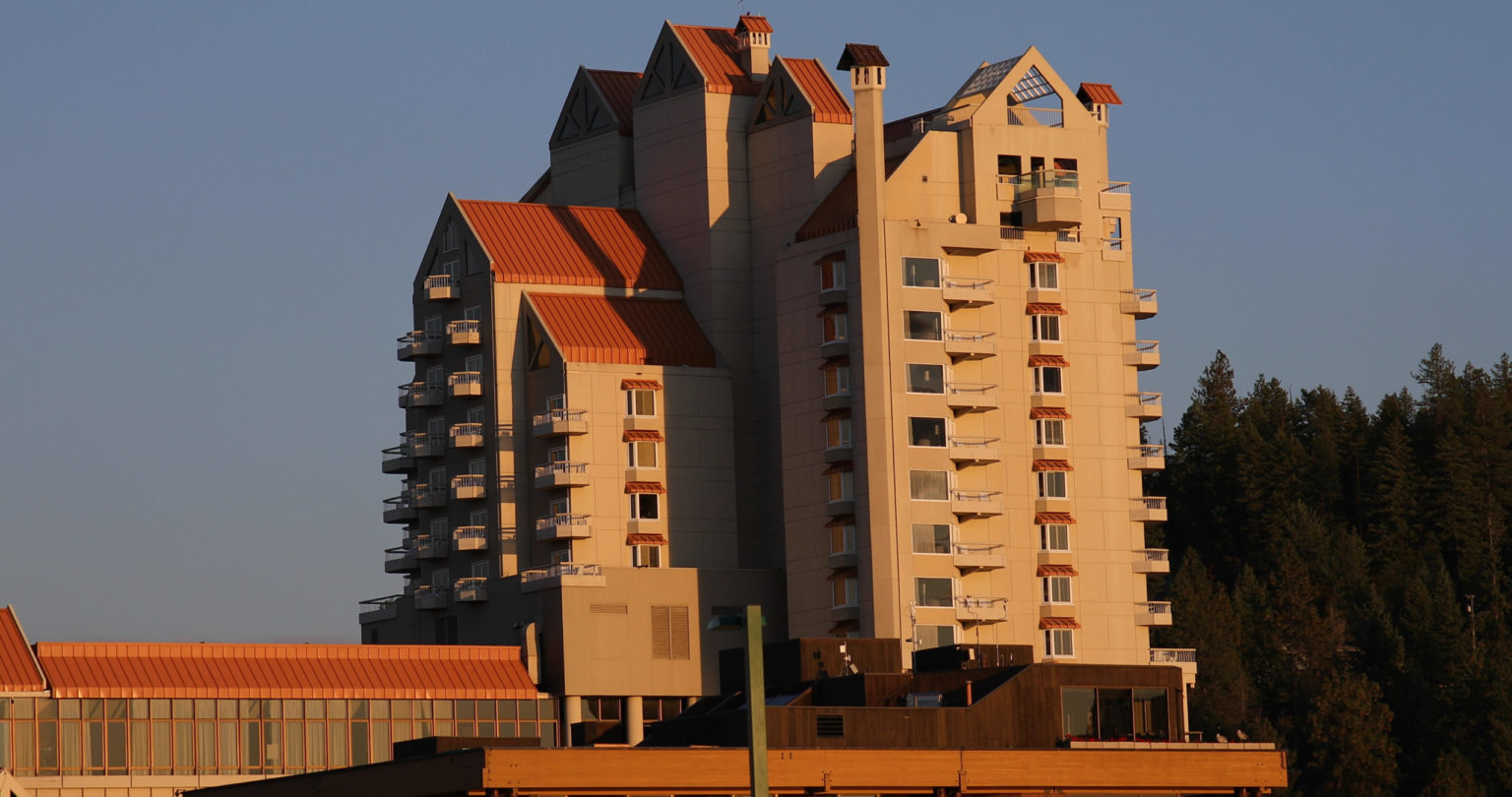 Founded in 1968 by Duane B. Hagadone in Coeur d’Alene, Idaho, the Hagadone Corporation is a privately held company with operations that include Hospitality, Golf, Marine Services, Newspapers and Marketing & Media.

The company’s flagship headquarters is located at the edge of beautiful Lake Coeur d’Alene. The nearby Coeur d’Alene Resort is an 18-storey luxurious tourist destination, opened in 1986 and has been dubbed their signature property.

The surveillance and security departments monitor multiple locations, from nearby properties to several sites that are located hours from the Coeur d’Alene area.

Managing a wide range of commercial environments results in a host of security challenges, the first of which involve improving security operations. Management at Hagadone wanted a surveillance setup that was not only easy-to-use but could also provide a higher level of protection against property theft, loitering and excessive insurance claims.

Additionally, they faced challenges involving operational efficiency that required a simple, yet powerful VMS along with cameras that could cover blind spots and capture people or objects of interest. This included being able to monitor cash handling and point of sale scenarios.

One of the main priorities at The Hagadone Corporation has been to maximise the guest experience by providing them with a comfortable and safe visit. But they didn’t want to stop there. According to Judd Jones, the Corporate Director of Technology, they had another mission: boosting public safety in their local communities, not just within their properties.

In 2014, The Hagadone Corporation began to adopt Pelco cameras, which included Optera 270. The cameras were selected for their ability to cover blind spots and wide areas. Joel Hart, a Surveillance Associate, said that “the 270 camera, from a longer distance, is getting us a better picture than our existing cameras, not to mention just the wide open space we need to cover.”

Hart added that “they give us a much wider view instead of having to shift between several cameras.”

In addition to installing Pelco cameras, they also incorporated our VMS into their security plan, which was selected for its intuitive interface.

“I’m not the most tech savvy person,” Hart said. “I’m just at your basic PC use level and I don’t have any problems navigating the system, saving footage or cropping footage that I need.” He also explained that he was easily able to put together investigation reports.

Chris Jenkins, the Systems Administrator, said that “the benefit of the Pelco Optera cameras are that we only have to use one license and one camera instead of three or four cameras and licenses to cover the same area. There’s one mount point, one install point and fewer cables running to the camera.”

The Pelco solutions that The Hagadone Corporation installed were found to not only adapt to a wide range of environments, but also help their business and community thrive. As a result of transitioning their surveillance setup, they saw major cost savings, increased operational efficiency and a rise in public safety.

Buley added that “a big challenge for our [resort] is the valet system. Valets are given the trust to take someone’s car, park it and bring it back without any damage.” He went on to explain that before they deployed Pelco solutions across their properties, The Hagadone Corporation paid between US$30,000 and US$50,000 per year in damage disputes.

“In 2017, we had 11 insurance claims submitted. The next year, we had 15 insurance claims. This year was our biggest initiative in terms of enhancing the Pelco system, so [as of October 2019] we have two [claims],” Buley said. He added that they have seen approximately US$25,000 in savings compared to 2018.

Public safety saw an improvement as well, as a result of additional Pelco cameras that were installed throughout the downtown Coeur d’Alene area.

“Since we’ve put more of this in our downtown core, our campus, we think that it’s really curbed some of the crime in the downtown area and the city police agree with us that it’s been a help for them.”

As far as future security initiatives, Jones said that they are “going to continue to put some more equipment out and cover even a greater area.”

He added that “we’ve had a number of things happen in our organisation and properties where Pelco has really helped solve some pretty big crimes, so this has been a very solid implementation of the product. We have a large footprint in our local communities and Pelco gives us a very good foundation to provide a better public safety scenario.”

This article was published in the January 2020 edition of International Security Journal. To receive your FREE digital copy, please click here: https://internationalsecurityjournal.com/digital-magazine-2020/