Exclusive: How will the New World Order impact global security? 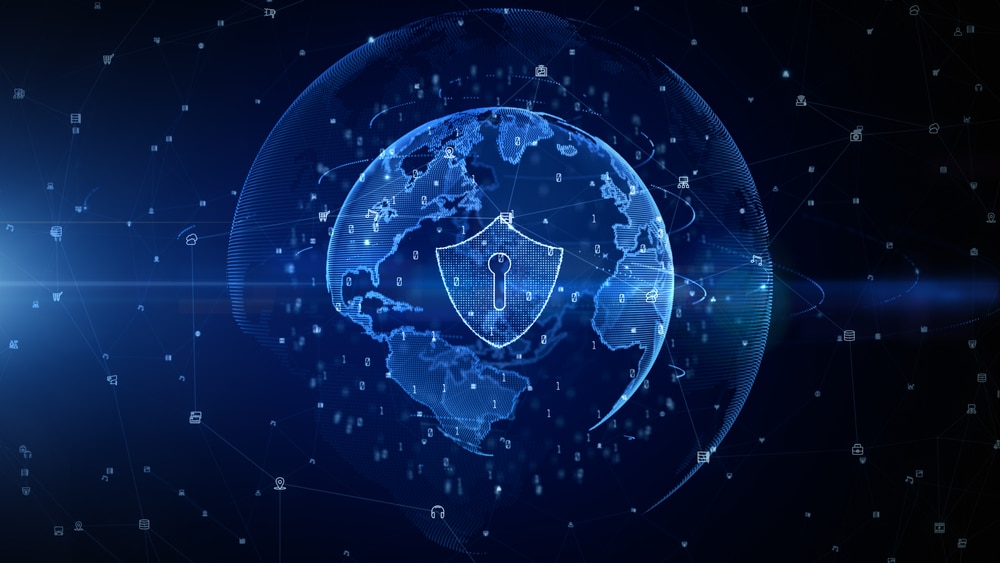 A rapidly unfolding conflict like Russia’s invasion of Ukraine, like so many other crises, comes with considerable uncertainty. Today, the “fog of war” is mis-mal-disinformation. A lot of data points are flooding our senses with multiple ideologies guiding the narratives around memes, news stories, battle footage and declarations and it’s hard to make up what is really happening. Making it even more difficult to predict the outcome.

TEDCAP’s intelligence analysts have long observed a trend: the US is no longer leading the global conversation. The efforts of “collective sensemaking” are being driven by a multitude of actors – and so are the security threats. Russia’s losses on the ground should not distract us from their vast cyber abilities. Their threats of retribution to countries advocating for sanctions and boycotts will probably have hybrid elements: informational attacks and hacking. It’s likely that they’ve already laid the groundwork for information operations — that they’ve already infiltrated some of our trusted social networks.

In 1944, almost exactly 75 years ago, representatives from 44 nations travelled to the Mount Washington Hotel, a secluded resort in the mountains of Bretton Woods, N.H. to create a new financial system for the global economy. Out of Bretton Woods came the World Bank, the International Monetary Fund and, most importantly, a new role for the US dollar as the world’s international reserve currency. It became the main currency the world uses to trade and save.

As the US started racking up huge deficits and running out of its gold reserves in the 1960s due to multiple military fronts in Korea, Vietnam, Cambodia, Central and South America, the government found it too expensive to maintain the promise. Then, oil became the new gold. Through the doctrine of “Original Sin” countries could only buy and sell oil in petrodollars. And so, in 1971, President Nixon shifted the dollar away from the gold standard. The dollar’s value is now set by a mix of political and economic forces, ranging from central bank decisions to the frenetic buying and selling of traders around the world. The original arrangement set at Bretton Woods is long dead, but the dollar still remained the international reserve currency.

But the US’s thumb can no longer cover the sun. Their multiple fronts of economic war through sanctions have created an economical, informational and ideological “Iron Curtain 2.0” and money is sure to follow. With the entrance of Russia, the largest nation on earth, on the other side of this curtain, along with China – the second largest economy – and India – the most populated – the new multipolar global economic system is emerging. These growing numbers of sanctioned nations, including Venezuela, Iran, North Korea, Cuba, Malaysia and a dozen more countries, become natural allies in creating new economic and commercial alliances –  forcing the US into a self-imposed isolation that limits their economic and technological development opportunities and knocks the dollar out of its high palace.

Kicking Russia, the second largest oil producing nation – and their US$123 billion a year off the SWIFT system, is likely to backfire, as nations are strengthening new mechanisms to trade and sell oil and products, away from the US dollar and the economic sanctions. Russia has already determined that their oil would have to be bought in rubles and China and Saudi Arabia have agreed to trade in Yuan. Crypto and digital currencies are being hailed as the future of money.

The failure of the US to solve the energy crisis

Much to the world’s surprise, the US was unprepared to substitute the energy output from Russian gas products before imposing sanctions. Despite leading numerous conferences and agreements on climate change and energy substitutes, this was the time for sustainable energy to shine, but it didn’t. This conflict has shown what we were long warned, that dependence on the world’s worst autocratic governments for our most precious resource, energy, was unsustainable.

Right before the invasion, Russia was making roughly US$700 million a day from oil sales around the globe, so while the world was expressing outrage publicly, their governments were signing cheques right into the coffers of the war machine. And they had no other option. The failure of the US to provide energy security domestically and for their allies, is the clearest sign of the end of their economic (and moral) hegemony and the beginning of a new world order.

The non-intervention policy of the US during this conflict

Whataboutism was for the longest time the readily available logical argument by governments to reject the US’s condemnation for human and civil rights abuse. When they pointed the finger at China’s Uyghur camps, they pointed the fingers right back at Vietnam, Afghanistan, Iraq, Yemen, Syria, Palestine, El Salvador and a myriad other human rights crises directly a consequence of the US’s foreign policy. The world’s need for the US to be a central economic and energy leader, made us turn a blind eye to the impact of their policies. Now the veil is lifting and there is no longer a power imbalance in our moral stance.

From the “America First” policies to the US withdrawal from Afghanistan, there seemed to be a steady trend of disinvolvement from military conflicts around the world, in favour of revising multilateral diplomatic and economic agreements that would better fit a changing world. It also meant strengthening the UN and the rest of the global diplomatic organisations in order to reap the benefits of globalism and multipolarity.

There are now new requirements of being resilient in corporate and political governance. Having foresight and preparation, while being flexible and adaptable to a changing environment. We can no longer assume that our central governments and global institutions will come and support us during a crisis.

Leading organisations are already taking steps to mitigate political risk, with management being held accountable for any losses experienced through political risk exposure. Companies should now keep the global and local geopolitical situation in mind before making a strategic decision.

In the current scenario, technology and geopolitical risk are becoming even more closely related. It is up to companies to make use of technology to mitigate themselves from the risks of cyberwar or terrorism. Companies must make data-driven decisions and technology-enabled tools and systems to develop mitigation strategies.

Boards will need to take a more active role when managing risk to adjust to a changing risk environment. Steps need to be taken to create new processes and reporting systems that enable them to manage organisational resources and intelligence sharing better.

A process-driven approach is needed to take into consideration the political, economic, social and environmental issues for a more coordinated company-wide strategy. Geopolitical risk analysis should be incorporated into operational decision-making with planning for different contingencies and scenarios.

The concept of “new world order” is now being touted by both Biden and Russia. Both describing the same reality but from diametrically opposing focus.

Zelenksy’s declarations to the US Congress will likely go down in history as the speech that ended the Age of Empires. The failure of the US and the UN to stop the invasion and the displacement of millions of Ukrainians, right in the heart of Europe,  was the last test of the old system. As Zelensky proposed to lawmakers and the rest of the world, we need new institutions to solve new problems. When you have to beg to the leader of the world’s most powerful nation to also be a world leader (for peace), you know there’s a glitch in the matrix.

Organisations and nation-states have to be prepared to face a new multipolar security world order and take matters into their own hands. New private and public alliances need to be forged in order to guarantee mutually assured security. Directorates and world leaders have to do a top-down review of their security protocols in order to reduce dependency for their security needs. Knowing that in the case of a geopolitical shift or an extreme climate event, their central government and the existing global institutions could not be prepared to help. Or at the scope and length required to mitigate the impact on our communities.

The moment empires lose the moral – and informational – high ground, the war is already lost. When they can no longer guarantee the security of their own, that’s when they become too big to prosper.