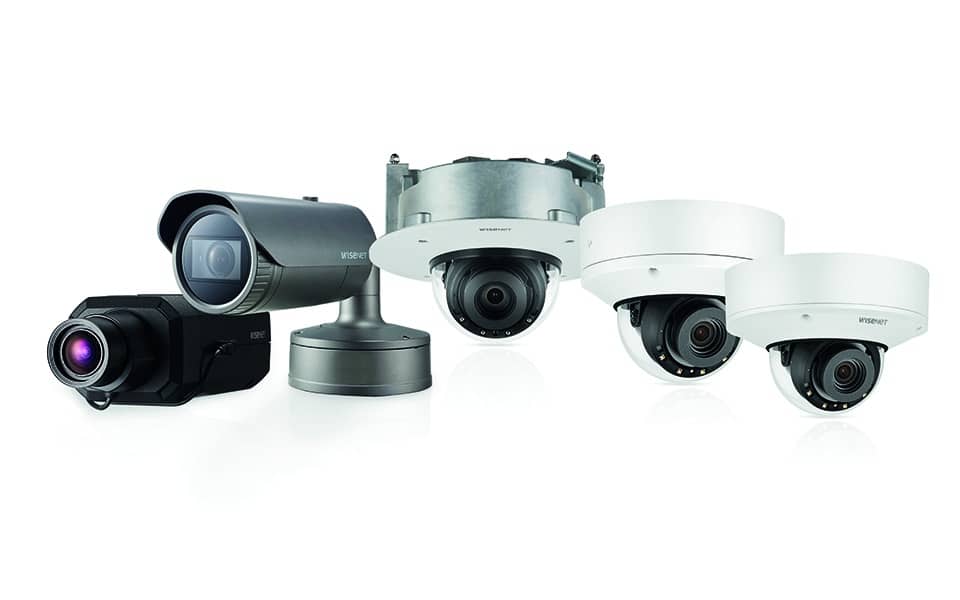 Hanwha Techwin has added five new 2-megapixel high-definition AI cameras to its Wisenet P series. The new cameras are designed to complement the 4K models which were launched in 2020, by making it more cost-effective for users to benefit from AI technology.

As is the case with the existing 4K models, the new cameras are equipped with Deep Learning AI video analytics which delivers a high level of detection accuracy whilst minimising false alarms. It does so by simultaneously detecting and classifying various object types, including people, vehicles, faces and licence plates.

The Deep Learning AI video analytics is supported by Wisenet AI algorithms which identify the attributes of objects or people, such as their age group and gender or the colour of their clothes. The attributes are saved as metadata alongside the images captured by the Wisenet P series AI cameras, enabling users to quickly search for specific objects or incidents. The algorithms are even able to recognise if a person is wearing glasses or is holding a bag.

Operators are able to take advantage of VMS from software developers such as Genetec and Milestone, as well as Wisenet WAVE and Wisenet SSM, to forensically search for specific objects or people by filtering the recorded metadata, as well as use the search capabilities of the latest generation of Wisenet X NVRs which are able to read AI metadata captured by the cameras.

A recent firmware update, incorporated into the new 2-megapixel cameras and available as a downloadable upgrade for the existing 4K models, sees face mask detection and social distancing analytics added to the cameras’ capabilities. There is also enhanced people counting and queue management functionality. To help remove the risk of overcrowding and to assist, for example, store managers make best use of human resources, this includes the ability to count the number of people queuing and generate alerts if a specified maximum number is exceeded.

The cameras are also equipped with Hanwha Techwin’s Occupancy Monitoring application which generates alarm outputs that can be used to control automatic doors or a traffic beacon, as well as trigger the display of ‘wait’ or ‘enter’ messages when the maximum permitted number of people allowed in an area at one time, has been reached.

With these various licence-free Deep Learning AI video analytics applications available as standard on the Wisenet P series AI cameras, users do not have to incur the cost of purchasing licences to be allowed to use them.

The new cameras also benefit from next generation WiseStream III complementary compression technology. This applies a low compression rate to objects and people which are detected and tracked by AI, whilst applying high compression to the remaining field of view. When combined with H.265, this results in an improvement in bandwidth efficiency by up to 80% compared to current H.264 technology.

To further minimise network bandwidth and data storage requirements, as well as increase operator efficiency, the cameras have a BestShot feature which selects the best images which have been captured of a person or object and only send these, together with the associated metadata, to a storage server.

The new Wisenet P series AI cameras are as follows:

“We are confident that these new affordable cameras will help prove that AI based video surveillance technology is not just suitable for high-end, mission critical applications”, said Uri Guterman, Head of Product & Marketing for Hanwha Techwin Europe. “In addition to helping combat criminal activity, we believe there are countless applications where the business intelligence captured with the assistance of the Deep Learning AI video analytics, as well as the cameras’ ability to help businesses operate safely during the COVID-19 affected era, will ensure they offer a high return on investment, regardless of where they may be deployed.”