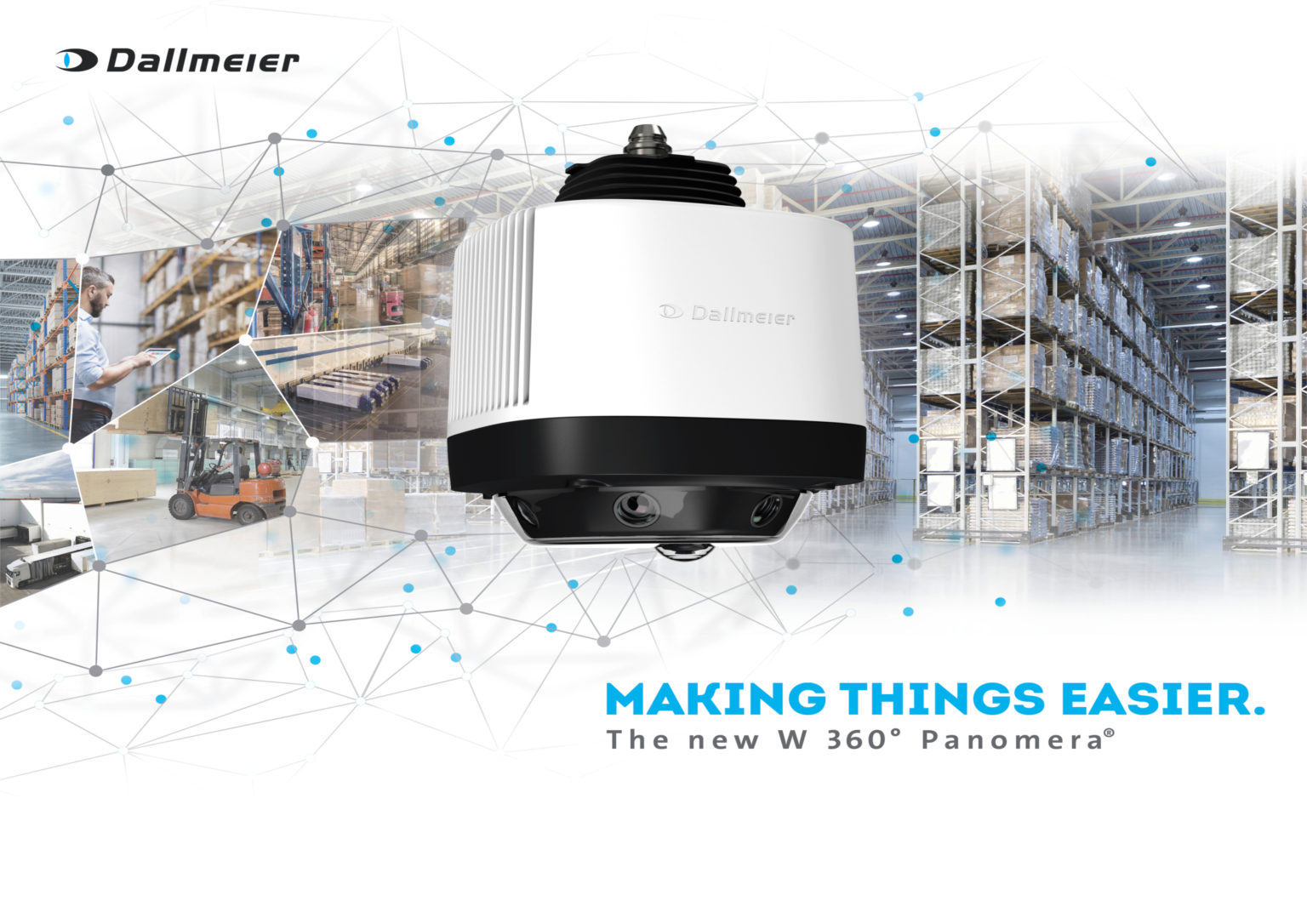 When capturing large spatial contexts with video technology, users still have to make many compromises. The 180- and 360-degree versions of the Panomera W series from Dallmeier have taken up the cause of overcoming these challenges and providing customers with the ability to monitor their indoor and outdoor premises most effectively for minimal outlay in terms of personnel and costs.

The task of providing surveillance for large outdoor expanses and indoor areas successfully yet efficiently in terms of costs and personnel is one of the great challenges in video technology. Operators and staffing budgets alike are most often overstretched, then there are high infrastructure costs to consider and not infrequently the result with regard to image quality, overview, achievement of objectives and operability falls short of expectations.

In the new Panomera W8 (360°) and W4 (180°) systems, the images from the individual sensors are merged by the innovative Dallmeier operating software in such a way that the operator is presented with a logical, almost entirely rectified panoramic overview. The cameras even reproduce the area directly below the housing in high resolution. Another unique feature of the Panomera systems is that in principle any number of operators can zoom into a scene at the same time and the total overview image is retained at all times both live and in the recording. In this way, it is guaranteed that no valuable information or evidence is lost. If several systems are used at the same time, objects can be tracked across multiple camera systems very easily – or the same scene can be examined from various viewpoints quite conveniently.

Savings on every level

The Regensburg-based manufacturer states that during development of the Panomera W series the economic efficiency of the overall system was the highest priority. As a result, usability innovations and the small number of cameras needed significantly help to save costs in all important aspects from planning and implementation to operation and service. This in turn yields advantages for everyone involved and all stages of the project – from the installer to the person making the business decisions.

Those responsible for security will be glad of the extremely simple operation of the systems due to the available video management software and the small number of screens needed to cover the scene. Situation assessments are made quickly and assuredly; changing perspectives with a few clicks of the mouse and object tracking across multiple cameras make the system exceptionally flexible and powerful. Operating even a large number of cameras as a total system is simplicity itself and so enables large spatial relationships to be monitored much more efficiently. Consequently, a very large overall context per operator can be captured. As a result, personnel costs relative to area covered with the new cameras are low for ongoing operation.

Since considerably fewer cameras are needed than for comparable solutions, the costs for masts, installation, cables and cable-laying or mounting points are also reduced. The manufacturer also offers a solution for environments with limited bandwidth: Upon request, the optional “junction box” can be equipped with up to four terabytes of memory, thereby dispensing with the need for routing new cables and network components in certain scenarios. And the “quick lock” mounting system enables the same camera systems to be swapped between different locations, for example if different crime hotspots are to be observed at different times in an urban surveillance setting.

For installers, the integrated, newly developed “Mountera” mounting concept of the Panomera W series offers many innovations for installing the cameras much faster and therefore less expensively: From the mounting handle for removal and transportation to an integrated “bubble protector” which remains on the system until final installation, up to the “quick lock” system for mounting by a single technician. Additionally, only one Allen key size is needed in order to complete the entire installation. The Panomera W series camera models have at last been made truly “plug-and-play” capable with the full pre-calibration and pre-setting of all sensors. Accordingly, the effort needed to adjust the optical elements is reduced to a minimum as well.

Everything begins with the planning

Another major element of total cost optimisation is the planning. This is carried out with the aid of a proprietary 3D software suite developed by the manufacturer and by a team of experts who create an exact “digital twin” of the entire customer environment. This way, hidden spots in the field of view can be circumvented, cameras and auxiliary components can be positioned efficiently and the minimum resolution density over the entire area can be planned precisely – this last being an important prerequisite for usability in court and analysis functions. The “CamCards” generated by the planning contain highly precise mounting information and reduce friction losses during commissioning to a minimum.

“When tendering, it is not the cheapest system that is required, but the solution that can be operated most economically. Therefore, when deciding for a video security solution it is essential to perform a total cost assessment and not to be distracted by ostensibly low prices of the individual components”, says Dieter Dallmeier, Founder & CEO, Dallmeier electronic. “We consistently adhered to this guideline during development of the new Panomera W series and we have developed a system which provides the greatest possible economy over the full spectrum of its aspects. On the functional level, solutions of the Panomera W series also provide a total overview of large spatial relationships which hitherto did not exist on the market in this form.”