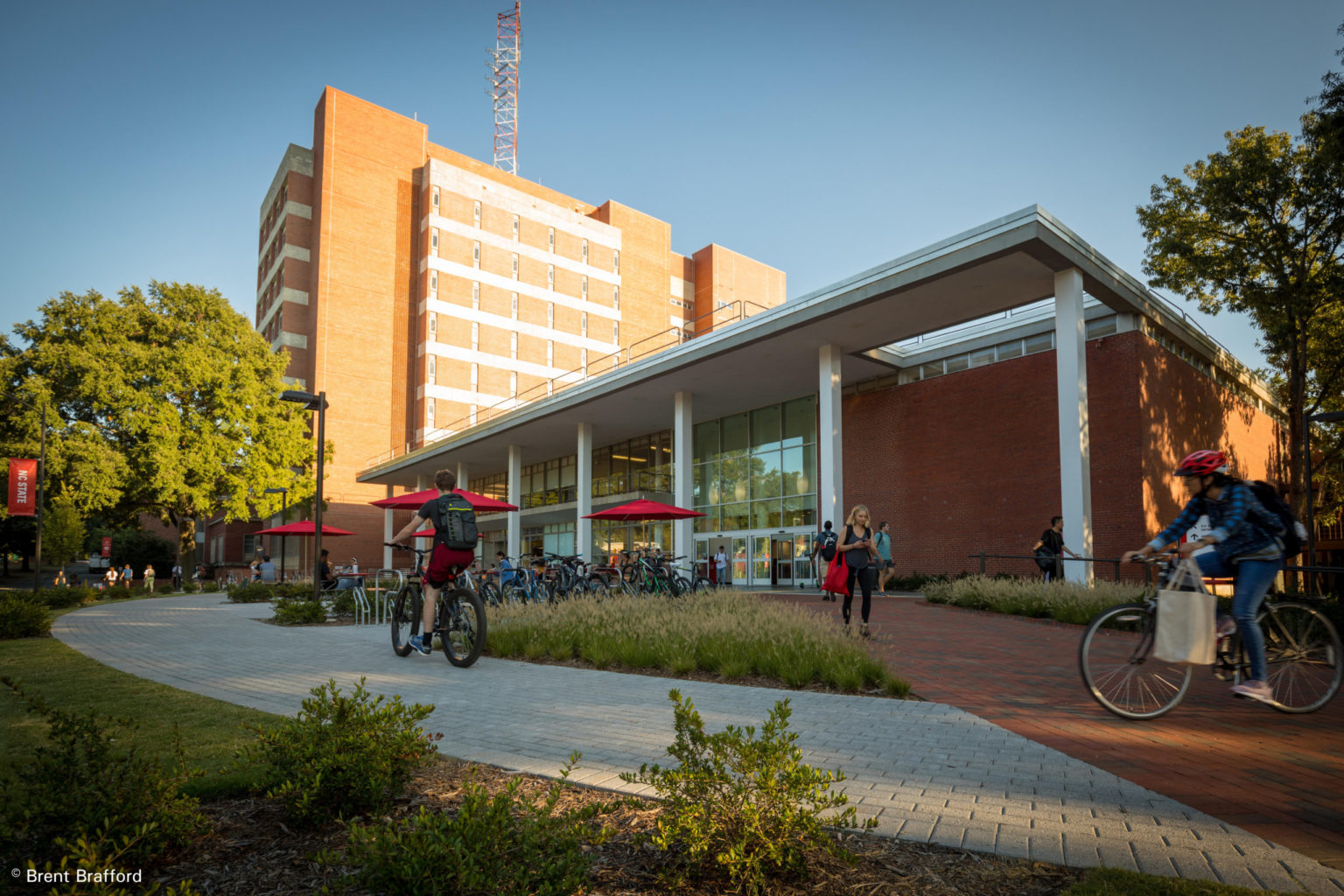 Boon Edam Inc., a global provider of security entrances and architectural revolving doors, has announced that NC State University in Raleigh, NC, has installed new turnstiles as part of a major renovation of their D. H. Hill Library.

Founded in 1887 as a public, land-grant, research university and part of the University of North Carolina system, NC State is the largest university in the Carolinas. The university is home to two libraries: the D. H. Hill Jr. Library on the North Campus and the James B. Hunt Jr. Library on Centennial Campus.

The Hill Library houses over one million volumes of the libraries’ total collection and offers a number of different common spaces for work and study. A recent renovation transformed the interior with the addition of an open grand staircase. The stairs connect the second and third floors to the lobby and flood the space with natural light. As part of this renovation, four Boon Edam Lifeline Speedlane Swing optical turnstiles were added to the Hillsboro Street entrance on the north side of the building. Two of the new turnstiles are for visitors entering the library and the other two are dedicated for those exiting.

The Hill Library is open to the general public during certain hours, with visits limited to the campus community the rest of the time. During the day when the library is open to all, the turnstile barriers are kept open for free entry and exit. After general hours, the exterior swinging doors lock and authorised visitors must use their ID badges to unlock the doors and subsequently pass through the turnstiles.

The Speedlane Swing turnstiles are known for their ultra-slim, stylish cabinets as well as their user friendly and responsive LED lighting system, which turns on when users approach and shows where to present their badge. The turnstiles offer support to security staff in the library lobby, helping ensure that no unauthorised individuals can access the library during non-public hours. If tailgating occurs, the turnstiles sound an alarm and security staff can respond immediately.

On a typical day during the school semester, the turnstiles process approximately 6,000 to 7,000 students and other visitors. During the summer, this number drops to 400, but during exam time, usage peaks with up to 10,000 people entering the library every day. The campus population had no difficulty adapting to the new turnstiles at the Hill Library, as there were already turnstiles in place at the Hunt Library. According to Travis Tyo, the Director of Facilities for the Libraries, the new Speedlane Swing turnstiles were an improvement from the older turnstiles, due to their accurate ability to sense tailgating attempts and avoid barrier contact with fast moving users.

The University is already implementing another installation of Speedlane Swings at the south entrance to the Hill Library. The new entry will match the layout of the north entrance, with four turnstile lanes and a security guard on site. A future installation at the Hunt Library is also in the works.

Travis says of the installation: “We worked closely with our Security and Applications Technologies departments here on campus; we tested different products and everybody liked the Boon Edam turnstiles and the ability of the company to respond whenever we need them. Ultimately it is much simpler and more efficient to have people badge in than to have a security guard look at IDs as each person enters the library.”