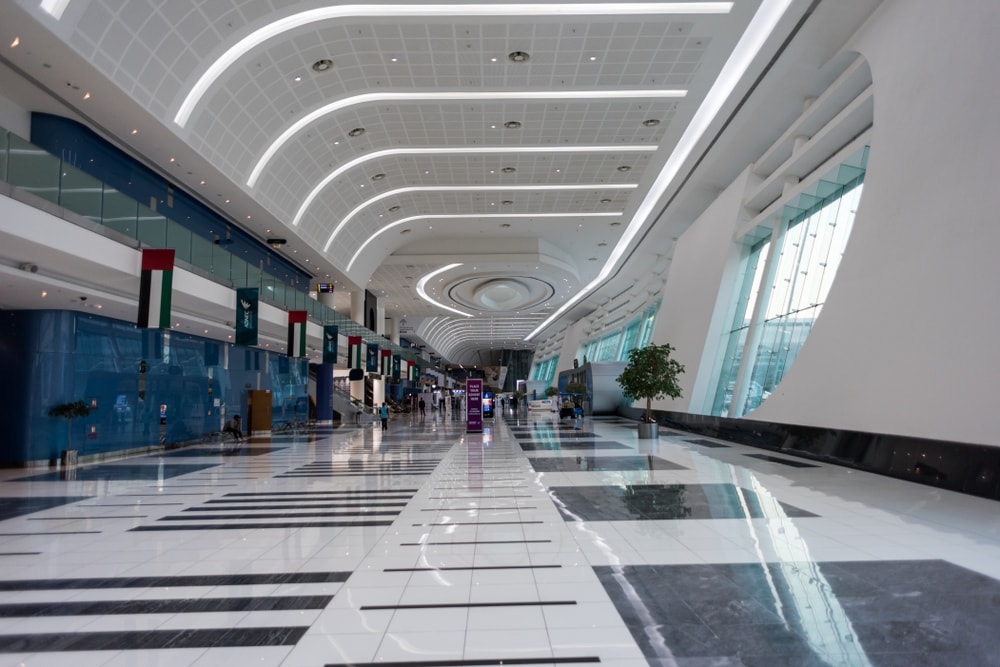 System components are distributed over sub-control rooms to provide local monitoring for each exhibition hall. Control rooms are connected by a fibre optic network to a centralised archiving system where recorded video is stored for one month.

With over 1 million people visiting the centre each year and 12 halls totalling 55,000 square metres, ADNEC is the largest exhibition venue in the Middle East and hosts over 60 high profile exhibitions each year, from large scale public shows such as the Abu Dhabi Book Fair to international trade exhibitions such as IDEX and ADIPEC.

The security system for the original halls was based on analogue technology but, for the new extension, ADNEC chose an IP video surveillance solution. They selected Infinova because they required the two systems to be seamlessly integrated. Protecting their investment in analogue equipment was an important part of the decision and Infinova’s “bridge between analogue and IP technology” was seen as the solution to extending the life of their existing analogue system.

Using the V2216 Network Video Management software, the security staff at ADNEC can manage the existing analogue system and the new IP solution as a single video surveillance system.

“Owing to the outstanding image quality of the recordings, we are able to obtain usable video evidence, even at a great distance,” states a security official at ADNEC.

The hybrid system was installed by Falcon Eye Technology, a local systems integrator.