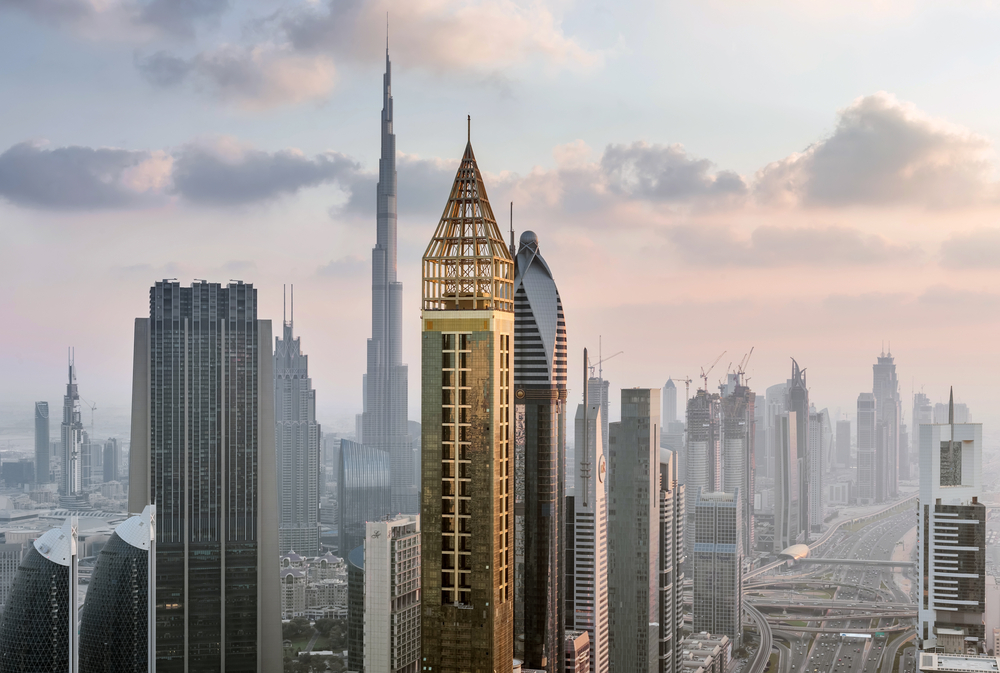 Rose Rayhaan by Rotana, the world’s tallest hotel, uses a combination of Infinova pan-tilt-zoom, fixed and dome cameras in order to protect its guests, staff and property. Located on Sheikh Zayed Road in Dubai, the 72-storey Rose Rayhaan by Rotana has a height of 333m (1,093ft) and features 482 rooms and suites.

With such a massive edifice to be a temporary home to many of the world’s most influential people, management knew that watching over the hotel would be an important job. A surveillance system would be needed to help protect customers and assets as well as to control access. A major objective would be to monitor anti-social elements from disrupting the hotel and its guests.

“While cameras have proven to be a deterrent to crime, we needed them to be at their best when used to monitor customers in this hotel,” emphasises Parag Vadodaria, CEO of Dubai-based Zio Technologies, LLC, the security integrator for the Rose Rayhaan by Rotana. “Visitors see the cameras and assume someone is monitoring them. Used properly, they prove to be a great enhancement to security and loss prevention. For instance, cameras used to monitor the front desk may help reduce the number of hostile entries and anti-social activities in and around a hotel such as Rose Rayhaan by Rotana would typically experience.”

According to Vadodaria, because of the prestigious location, Zio needed to work with a brand of cameras and other video equipment that would provide a complete solution tailored to the premises. Zio especially wanted to make sure the system would not limit the number of cameras the hotel’s surveillance solution needed. They also wanted the flexibility to remotely monitor over either LAN or WAN, having complete freedom to select their transmission medium of choice.

Today, the system is comprised of 47 pan-tilt-zoom, 143 fixed and 246 dome Infinova cameras. Among these cameras are high resolution day/night models. The cameras capture all patron areas of the hotel and are networked so that the hotel’s dedicated security staff can operate them from a central location. The system also includes a 2TB hard drive that holds 31 days of recordings.

“The cameras perform many duties,” says Daniel Mathew, Rose Rayhaan by Rotana General Manager. “The cameras at the front desk reduce article theft, including stopping pickpockets and are a very useful way to detect credit card fraud and manage alcohol-induced problems. Cash register shortages are minimised and we have decreased driveway issues by identifying entrants.

“An added benefit is that we can burn a CD of an event and immediately provide evidence to both the police and our archives,” adds Mathew. “Another plus of the system is that we don’t need a player or playback software because an autoplay CD is automatically created with the relevant footage.”

It was determined that the Rose Rayhaan by Rotana would need 2TB of storage to record 16 video channels running at the specified frame rate. With eight SATA slots available in the Infinova DVR, it provides the flexibility to have disk capacity as high as 8TB versus the typical offering of only 1TB with most systems. When the hotel wants or needs more storage, that challenge has already been solved.

Local law also demands that RG 59 coaxial cable be used to carry the video signal from the cameras to the Infinova DVRs, matrixes and monitors. At present, the system is analogue but anytime the Rose Tower decides to migrate to an IP-based system, the addition of Infinova encoders to the present cameras will make the switchover easy. For the time being, other security systems, such as the access control system, intruder alarm system and parking barrier system are all standalone.

“In case the need arises, they also can be integrated with the Infinova solution using alarm followers and other Infinova devices,” assures Zio’s Vadodaria. “For instance, if the hotel wants, the camera installed at the parking barriers and other parking area cameras can be implemented and integrated as an Automatic Number Plate Facility (license plate recognition) for better management of the parking area.”

“With this system as a foundation, we have so many ways that we can enhance security here at the hotel,” adds Mathew. “We are confident that anything we need is technologically possible.”