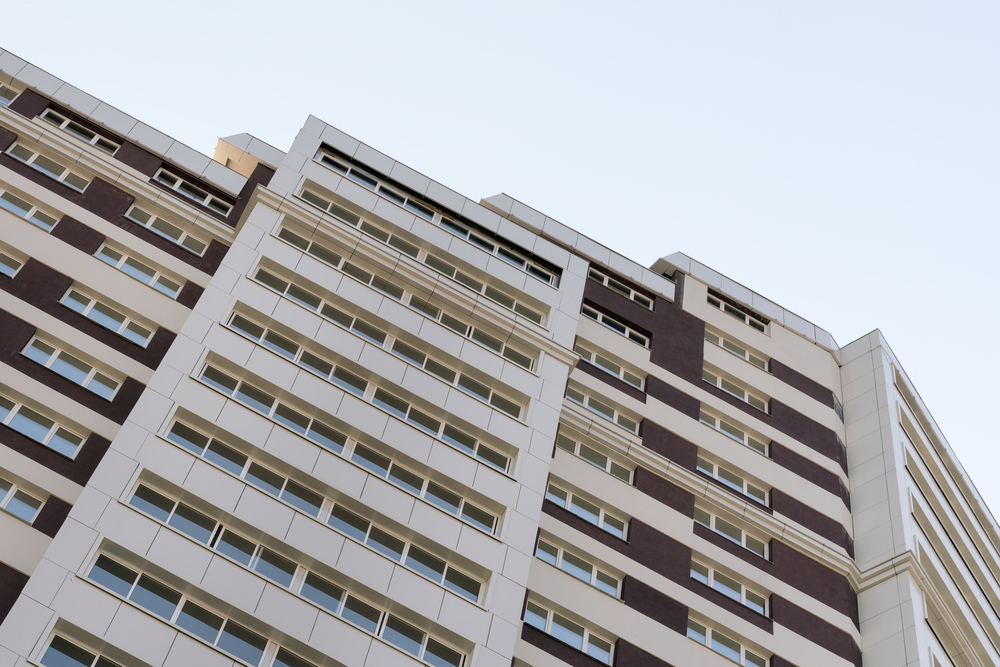 Your Homes Newcastle (YHN) manages more than 26,000 properties on behalf of Newcastle City Council. They are piloting an innovative fire detection system in partnership with OpenView Security Solutions, the UK’s largest privately-owned independent security company and a national supplier of fire, electrical and mechanical services to the public and private housing sector.

MOBOTIX thermal imaging cameras have been installed in three multi-storey blocks across the city to continually monitor temperatures in the buildings’ bin chute rooms. The thermal cameras will send an alarm to OpenView’s central control centre and the fire service immediately if an unexpected heat pattern is detected.

The early detection system provided by OpenView now means that residents can be reassured of much faster response times from the fire service in the event of an incident, minimising the potential impact on occupants and their properties, so that they and their homes are far safer as a result.

Your Homes Newcastle (YHN) manages community and public housing on behalf of Newcastle City Council. Set up in 2004, the organisation oversees more than 26,000 properties for the council. With fire safety in tower blocks having been in the spotlight since the Grenfell Tower tragedy in 2017, YHN took the decision to pilot an innovative fire detection system. In a trial partnership with OpenView Security Solutions, the UK’s largest privately-owned independent security company and a national supplier of fire, electrical and mechanical services to the public and private housing sectors, YHN has installed thermal imaging cameras in three of its 45 multi-storey blocks across the city.

“The tragic events at Grenfell Tower have undoubtedly put fire safety in multi-storey blocks under a microscope, but we have been trialling new measures in our multi-storey properties for some time,” says David Langhorne, YHN’s Assets and Development Director.

OpenView Security designed and installed an early fire detection system using MOBOTIX dual M16 thermal cameras, featuring one thermal and one optical sensor. MOBOTIX thermal sensors measure minute differences in mid-wavelength infrared radiation emitted from an object or body based on its temperature, allowing them to pick up temperature differences of 0.05 of a degree within a temperature range of -40 to +550 degrees Celsius.

The ONVIF compliant MOBOTIX cameras contain a powerful CPU that can deliver up to three video streams simultaneously and fulfil the H.264/ONVIF standard, making it easy to combine them with other systems to create unique solutions to real-world problems. By integrating the cameras into YHN’s existing infrastructure, which uses OpenView installed equipment, it was possible to implement the new system without any disruption to residents.

The MOBOTIX M16 cameras were installed in bin chute rooms, where they continually monitor the temperature, sending an alert to the OpenView’s central control room instantly if an unexpected heat pattern is detected. Operators are then able to monitor images from the thermal lens to pinpoint the exact location of hotspots, such as smouldering fires, as well as verify the situation via a live feed from the optical lens. An alarm is also raised with the fire service within seconds of a potential fire, making them ready to respond rapidly to a potential emergency situation.

According to Andy Ward, Sales Director of OpenView Security Solutions, the innovative fire protection solution enables housing providers to ensure a safer environment for residents and minimise false alarms: “It now forms part of our expanding portfolio of fire and life safety solutions, which is one of the fastest growing areas of our business and consolidates our leading position in the public and private housing sectors.”

The early detection system provided by OpenView now means that residents can be reassured of much faster response times from the fire service in the event of an incident, minimising the potential impact on occupants and their properties, ensuring that they and their homes are far safer as a result.

“This trial system is one of many fire safety measures currently in place in the blocks we manage across the city. We also have wet and dry risers, central alarm systems, smoke alarm activated bin chute fire dampers and bin room sprinklers,” David Langhorne, YHN’s Assets and Development Director explains.

“We pride ourselves on being innovative, so it was an easy decision for us to test something that had not yet been adopted elsewhere,” he adds.

Frank Graham, MOBOTIX Regional Sales Manager UK & Benelux, said of the partnership with YHN and OpenView: “We are very happy to be working so closely with both YHN and OpenView in the development and provision of an innovative solution for such a serious issue. MOBOTIX cameras have inbuilt intelligence to meet all the requirements of integrator and end users alike and we look forward to a longstanding and fruitful partnership with both organisations moving forward.”