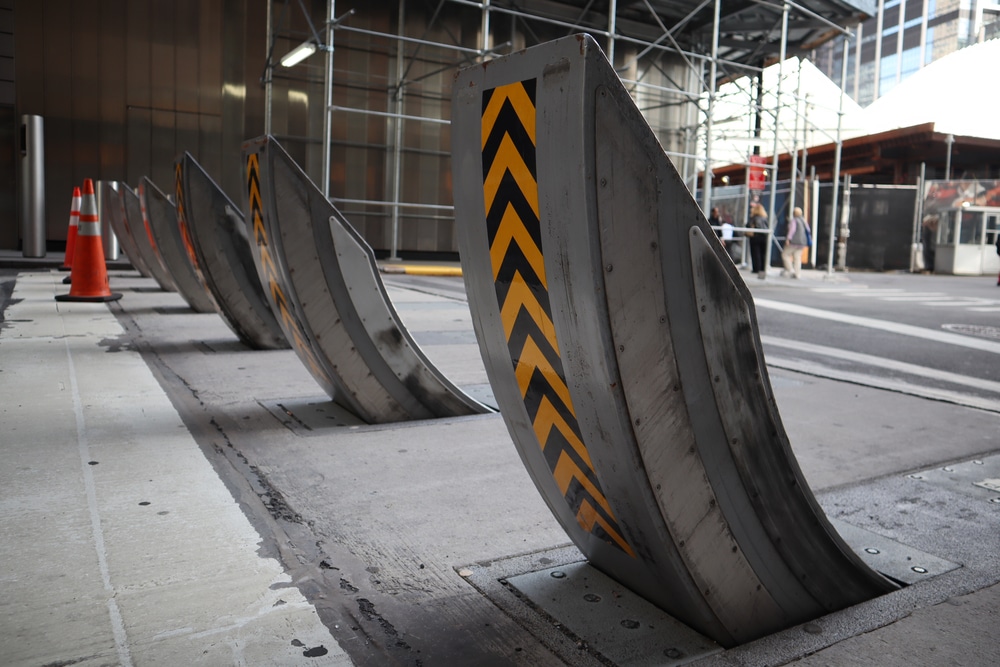 International Security Journal catches up with Christian Schneider, Hostile Vehicle Mitigation Advisor – IniBsp / Germany, HVM Advisors to discuss the growing threat of hostile vehicle attacks and how they can be mitigated.

How much has the threat of hostile vehicle attacks grown in recent years?

Since 2014, the number of hostile vehicle attacks (HVA) has significantly increased, going from single digits in the early 2010s to averaging about 25 attacks a year from 2014 to 2019 and well over a hundred in 2020. The latter is for now a clear outlier, as most of these attacks occurred in the United States, notably during the spring and summer of that year, as demonstrations linked to the “Black Lives Matter” movement and other protest groups multiplied. Nonetheless, the broader tendencies and numbers show an increased use of vehicles as weapons, suggesting that the threat has indeed become more serious in recent years.

Beyond the numbers however, it is the diversification of motivations and targets in HVA which indicate that the seriousness and scope of the threat have evolved. Until 2015, these attacks mostly occurred in the Middle East and were mostly motivated by Islamic terrorism and the Israel-Palestine conflict. From 2016 onwards, the attacks not only became more frequent in Europe and North America, but its use expanded to the far-right, far-left, anti-feminist movements, hate crimes and even domestic violence, to go alongside numerous yet to be explained attacks that involved vehicles as a weapon. Another key change can be observed in the target selection from static locations – events, infrastructures – to mobile targets, such as demonstrators. Finally, research and analysis suggest that the preparation time required for such attacks has also diminished, increasing the tactical use from planned to opportunity based.

Combined, the increased usage of HVA, the broader scope of its motivations and larger pool of could-be perpetrators have created greater challenges for security specialists and decision makers, both in terms of risk analysis and prevention. It is this diversification that now makes HVA one of the most significant threats to public activities, whether for events, demonstrations or enjoying a meal on a public terrace.

What can be done to prevent this type of attack?

Preventing such attacks is extremely difficult, which is why we focus on mitigation rather than prevention when dealing with hostile vehicle mitigation (HVM). In the civilian sector, this mitigation occurs at two levels: First, by trying to prevent potential perpetrators from gaining possession of agile, heavy vehicles to carry out deadly attacks. And second, by ensuring that the quality of the protective measures in place or to be implemented meet the highest standards, because after all, a heavy lorry crashing into something at full speed unleashes the same lethal energy as an exploding tank shell. Therefore, any weakness in the planning or execution of the protective measures can catalyse the impact of an attack, which is why good prevention begins with high security standards.

This said, in an international comparison, the British CPNI together with the NaCTSO are the knowledge carriers and worldwide pioneers, not only in the field of HVM. For many years, high security standards have been developed here, which today protect people worldwide from extremists.

What are the common mistakes made when deploying HVM?

HVM is not just installing bollards or building walls in the public realm. Sustainable HVM is a very complex process of various analyses, planning, traffic flow management, stakeholder requirements and physical measures as well as the art of embedding these physical measures in a way that they are hardly noticed or even perceived as beautiful and useful.

However, two tragic mistakes are unfortunately still common in HVM planning today. First, a lack of adherence to the relevant standards (ISO IWA 14-2, ISO 22343-2) and second that many do not distinguish between hard targets and soft targets, which is essential because the goals and the measures required are completely different. For example, hard targets foremost require stand-off distance protection from VBIED carrying vehicles, while soft targets like publicly available spaces firstly require protection both from penetrating vehicles and flying wreckage and debris.

Why is it important that organisations deploy HVM products that adhere to the latest standards?

Threats evolve and constantly adapt and so do the perpetrators. What worked well yesterday may be already obsolete or even an additional threat today. Vehicle ramming attacks, for example, allow perpetrators to carry out serious attacks without great planning effort or risk of detection. Schemes and products that do not take this development into account are not only suboptimal but may jeopardise the people and can even be of great benefit to the attackers.

What will you be discussing at the International Security Conference?

My presentation deals with the innovative planning of one of the most comprehensive HVM projects in continental Europe. This German project involves the protection of people on public streets and squares in an entire centre of a major city, both in everyday life and for numerous major events. The innovative aspect is the very effective and cost-efficient “Module Concept” we developed, which can flexibly respond to the plethora of respective demands of authorities and event organisers simply by combining modular protective areas through the use of permanent and transient vehicle security barriers.

How do you see the hostile vehicle threat evolving over the next five years?

We believe we are going to see a standardisation in the use of vehicles as a weapon to commit violent crimes and this will further change the risk assessment standards and processes relevant to HVA and HVM. This would simultaneously increase the frequency of attacks while diluting the attack profile, making it more unpredictable than ever. In turn, this could prompt security specialists and decision makers to establish mandatory perimeter protections norms – including for mobile targets – for public spaces. While this change may not seem peculiar for the UK, it would be very significant for other countries like Germany whose standards are below those of their British counterparts.